Payrolls rise by 216,000 and the unemployment drops again. The recovery continues 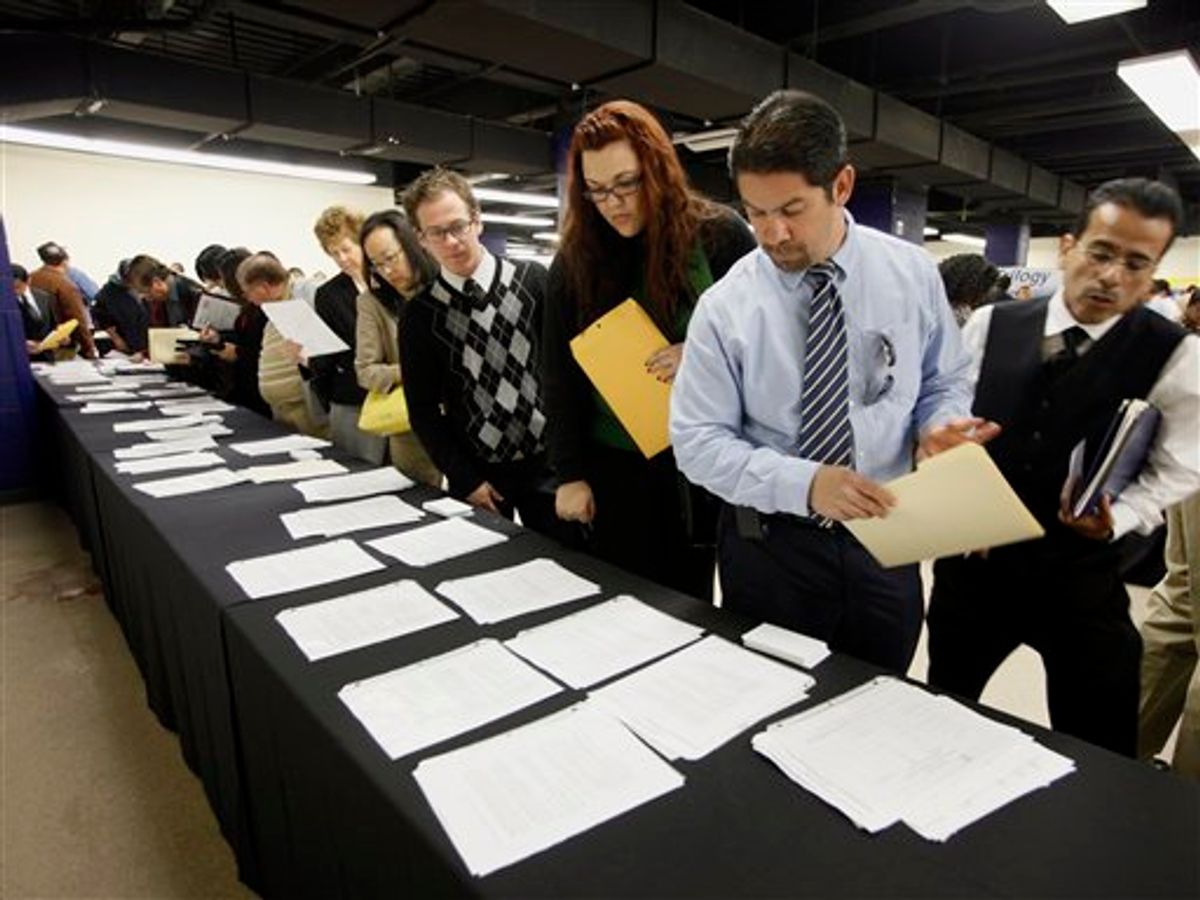 Steady as she goes. The rising price of oil, the massive disruption in Japan's economy, continued troubles in Europe -- so far, nothing seems to have disrupted the slow recovery of the U.S. labor market. According to the Bureau of Labor Statistics, the U.S. economy added 216,000 jobs in March. The unemployment rate fell again, from 8.9 to 8.8 percent. The all-encompassing U-6 number, which tries to give the broadest measure of employment, fell from 15.9 to 15.7 percent.

The number of jobs added is an improvement on February's (revised) total of 194,000 and a big jump from January's 68,000, and it's always good to see the unemployment rate fall, but aside from the two headline numbers, it's remarkable how similar March's labor report is to February's. The most commonly used words in the report: "little changed," "unchanged" and "slightly."

Those last two data points are the most discouraging -- at this point in a recovery we'd like to see longer work weeks and higher hourly earnings. Both indicators would predict stronger job growth in the future. Other than the fact that the trend line for job growth seems firmly grounded at this point, there's very little in the March jobs report that gives us a strong clue as to where things are headed in the future.

But for now, the U.S. economy is shrugging off the headwinds. A weak jobs report in March would have been a disaster.  Another tick down in the unemployment rate and 216,000 new jobs makes for pretty good news, all things considered.