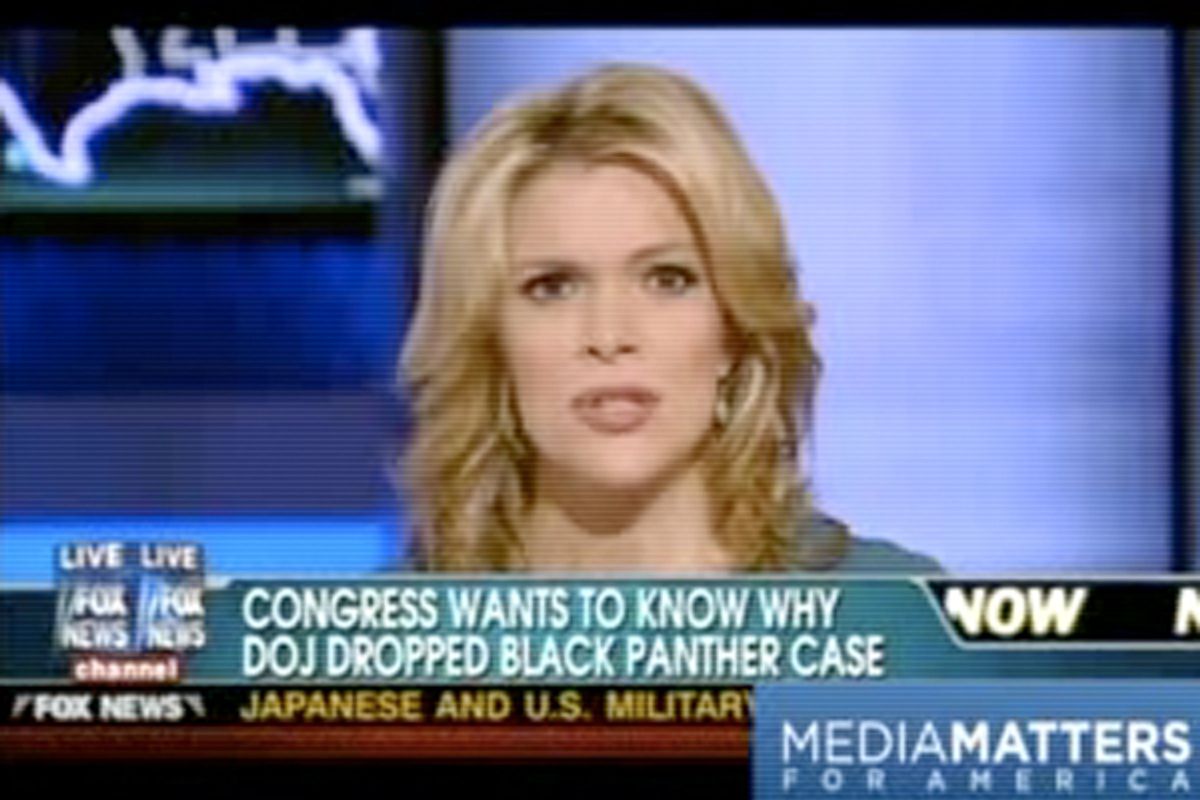 It only took three days for Fox News' Megyn Kelly -- one of their "straight news" anchors, remember -- to report on the letter from the Justice Department's Office of Professional Responsibility announcing the conclusion of their investigation into the famous "New Black Panther Party" incident. After spending most of last summer constantly "reporting" on dubious allegations about the decision to dismiss a complaint against a couple clowns who stood outside a polling place in 2008, Kelly simply couldn't find the time to report on the DOJ's internal investigating body's actual conclusions about the case that had so consumed her just months ago.

Thankfully, a Republican congressman announced his intention to continue investigating the "scandal" on his own anyway, giving Kelly the news peg she needed to actually tell her viewers about recent developments in the story.

Congressman Frank Wolf now giving the Department of Justice a 30-day deadline to produce documents on why it essentially dropped major portions of that voter intimidation case. You may remember on Election Day in 2008 members of the New Black Panther Party were caught on videotape holding a nightstick and hurling racial taunts at white and black voters as they entered a polling station in Philadelphia. The Department of Justice decided internally, in connection with an internal probe, that no wrongdoing occurred, and that neither race nor politics played any role - no politics, I should say -- in the dismissal of those charges. Now, that's from the DOJ's Office of Professional Conduct, clearing essentially the lawyers in the case.

As MediaMatters notes, Kelly got the name of the office wrong, and for some reason she "corrected" herself by making it sound as if the OPR hadn't ruled out the possibility that race played a role in the decision to dismiss the (civil, not criminal) complaints against the members of the New Black Panther Party.

Anyway, this will never, ever end. Until Obama is impeached, I guess.