How Donald Trump can bankrupt me ...

... and how the new Birther King can make one lucky Salon reader a little richer 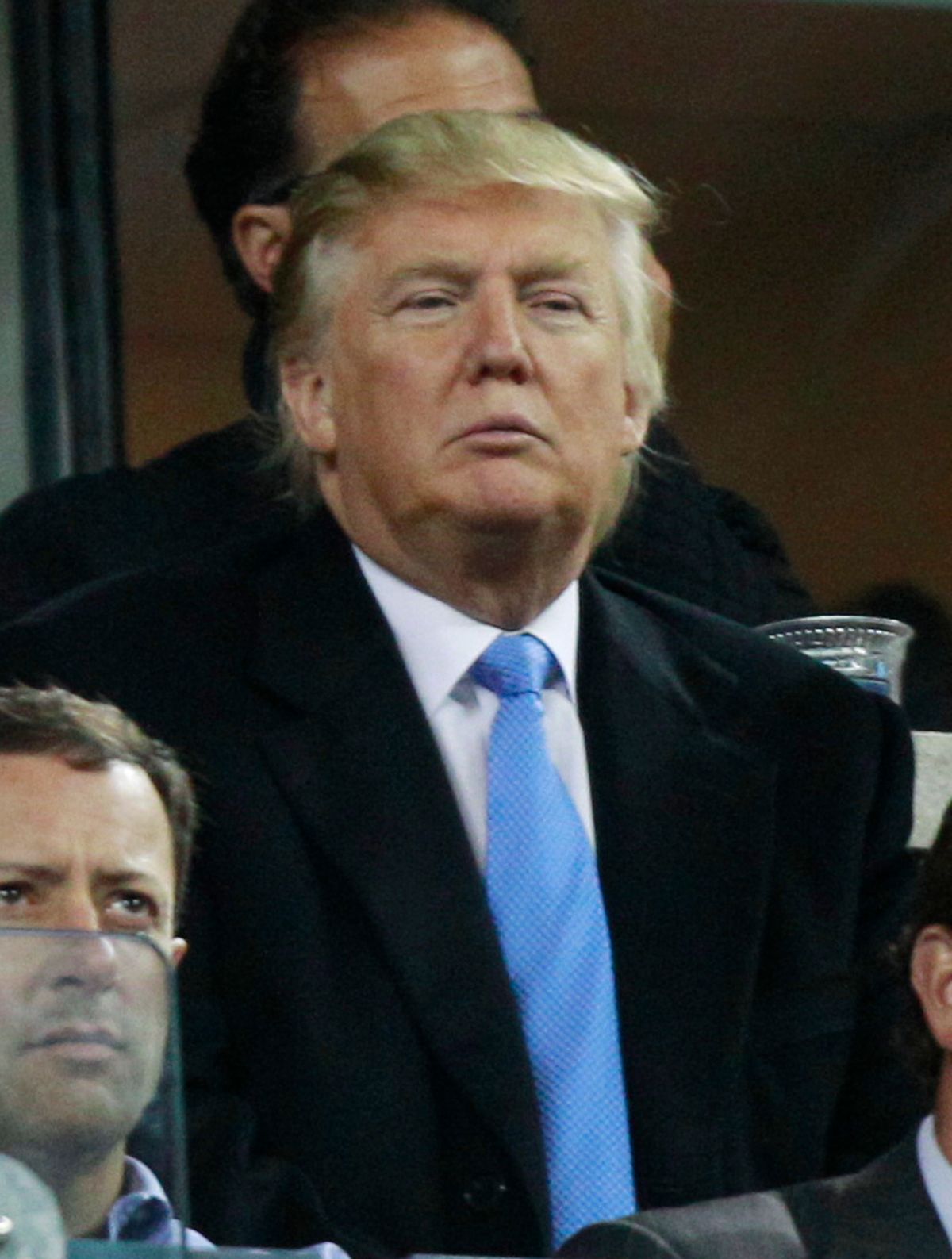 Donald Trump has been threatening to spend $600 million of his own money on a campaign for the 2012 Republican nomination. I don't believe him for a second -- that he's running and (maybe) that he actually has that kind of cash sitting around.

Thus, I announced last week that I would give one lucky winner the entire contents of my personal savings account -- $184.27, or the equivalent of $600 million in my world -- if The Donald actually becomes an official candidate for president and is on the ballot and actively campaigning when next winter's New Hampshire primary arrives. To enter the contest, I asked readers to make their case for why we should treat Trump's White House flirtations seriously -- and not as his latest publicity stunt. (Remember: Trump previously toyed with presidential campaigns in the run-up to the 1988 and 2000 elections -- and both times he had a book to sell. Now he's got a ratings-starved primetime series.)

Entries closed this morning and I'm pleased to announce that we have a winner. His name is Jeffrey Stafford (well, that's the name on his email address -- I'm still trying to confirm his identity) and here is the case he made:

Have you considered the possibility that the more journalists who write off his "campaign" as a farce, the more he might want to actually run this time just to prove those people wrong? He seems like the kind of asshole person who would be motivated by that kind of reasoning, and after all what would the costs be to him? The continued publicity certainly wouldn't be a bad thing. Maybe he'd have to spend a little more money, but that's probably negligible to him, and maybe he wouldn't even spend much -- not only because he could presumably fundraise a lot of it, but also because, after all, he wouldn't even have to be actually trying to win in order to meet the terms of your bet; he would just have to have not quit yet by the time of the first primary. He could still be planning on quitting later, but continuing to milk the publicity for all it's worth -- or he could stay in the race just on the off-chance that he does win a primary or two, even if he hasn't yet decided that he would definitely go through with running for president. In other words, he wouldn't necessarily have to have decided to be a "real candidate" in order to stay in the race as long as the first primary or primaries. Especially if he takes that kind of might-as-well-see-what-happens attitude, the costs of staying in the race are minimal, and the upsides potentially ongoing. In addition, by the way, the chances to drop out of the race are ongoing too, right? It's not as if once he's on the ballot in one state then he has to accept the Republican nomination; no, he can quit any time he wants to. So why not prove wrong all those cocky journalists who think they can predict The Donald's behavior?

We received numerous entries making the case that Trump could actually win if he runs, or at least fare respectably, but I found Stafford's logic more compelling: If The Donald runs, he'll do it to spite all of the commentators who've been ridiculing and dismissing him.

Of course, I still don't think there's a chance this will happen. Becoming an official candidate would require Trump to provide a detailed accounting of his finances -- something he's avoided doing over the years, prompting speculation that he's not worth nearly as much as most people assume. He'd also face the prospect of humiliation -- how would his ego handle it if he were to finish with one percent in Iowa? What Trump is doing now is easy: He can't actively campaign while his show is on the air (until June) and the GOP race field is unusually ill-formed and late-starting. There's a vacuum and he's seized it with his celebrity and his bluster. But that will change when it comes time to filing official paperwork and putting his name on ballots (and keeping it there).

That's what I'm betting on, anyway. But if I'm wrong, then my savings account will be liquidated sometime this winter and Jeffrey Stafford will be $184.27 richer.

Update: Stafford got in touch shortly after this post went up. He tells me he's 27 years old and from Columbus, Ohio, but is currently in China. Which means that if (a) Trump actually runs in New Hampshire; and (b) he's still in China when this happens; then Jeffrey Stafford will be $1,205.17 yuan richer.