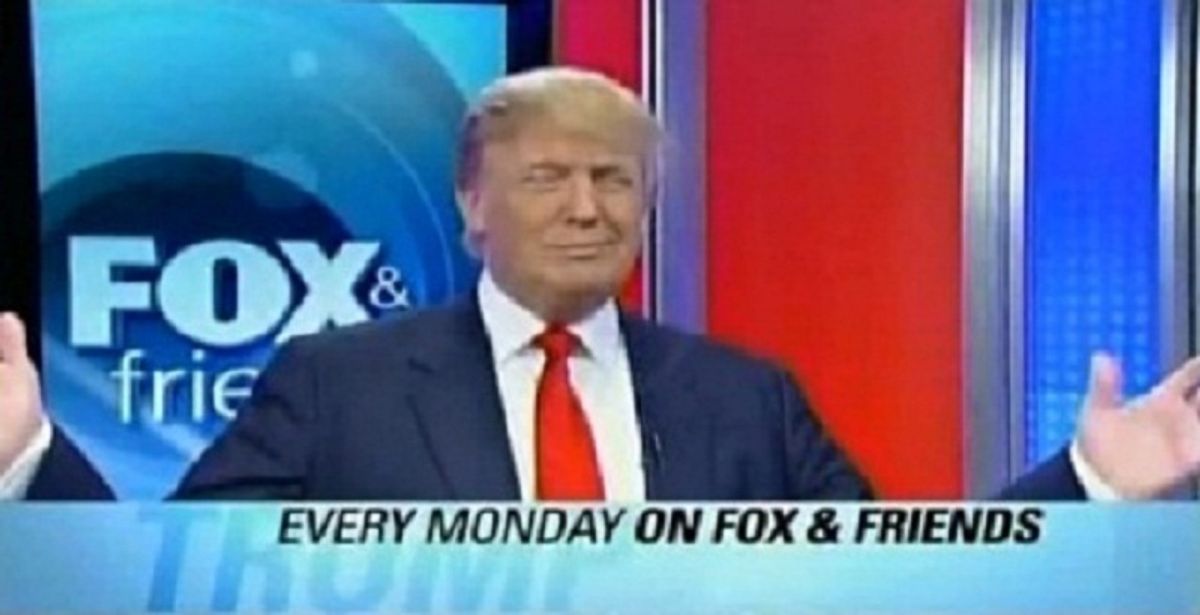 Fox News has decided to give a ridiculous man who is pretending to run for president as a publicity stunt designed in part to promote his television show that airs on the flagship network of one of Fox's primary corporate (and cultural) rivals a regular segment on their morning program. They are even promoting this segment, because they are proud of their decision to give this man a regular slot, each week, to smirk and mumble idiocies. The man is known for being "outrageous" by saying incredibly ill-informed things, all the time, while pretending to be a much more successful "businessman" than his actual history suggests. The things he says are designed to make you unsure if he is actually breathtakingly dumb or merely incapable of shame.