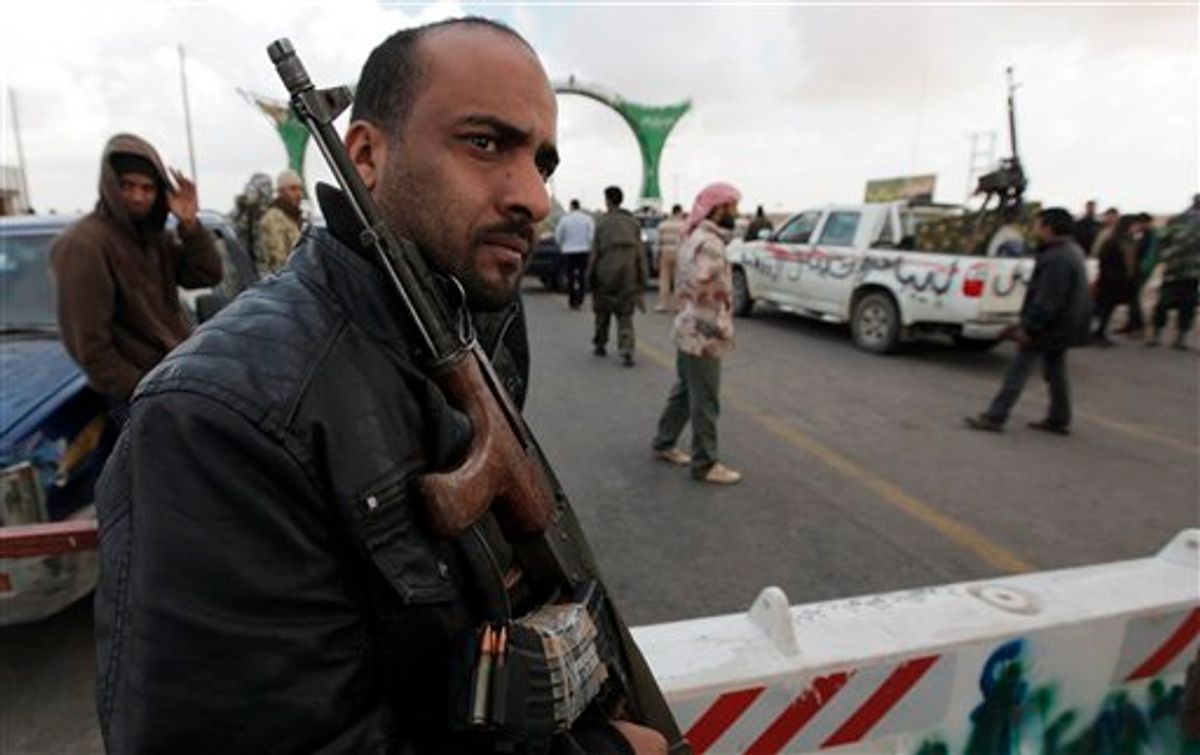 A Libyan rebel fighter guards the roadway to the western gate of Ajdabiya, Libya, Friday, April 1, 2011, as limited movement is being permitted across the frontier. The western gate is closed Friday for journalists and civilians trying to reach the front line. (AP Photo/Nasser Nasser) (AP)
--

Abdel-Hafidh Ghoga said Saturday that the attack occurred as the rebels prepared to take over the oil city of Brega.

His comments are the first confirmation that the rebels were killed in an airstrike. NATO says it's looking into the report.

Calling it an "unfortunate accident," Ghoga says the rebels were killed as they moved forward while the NATO strike was in progress late Friday.