The 10 most hilarious right-wing nicknames for Obama 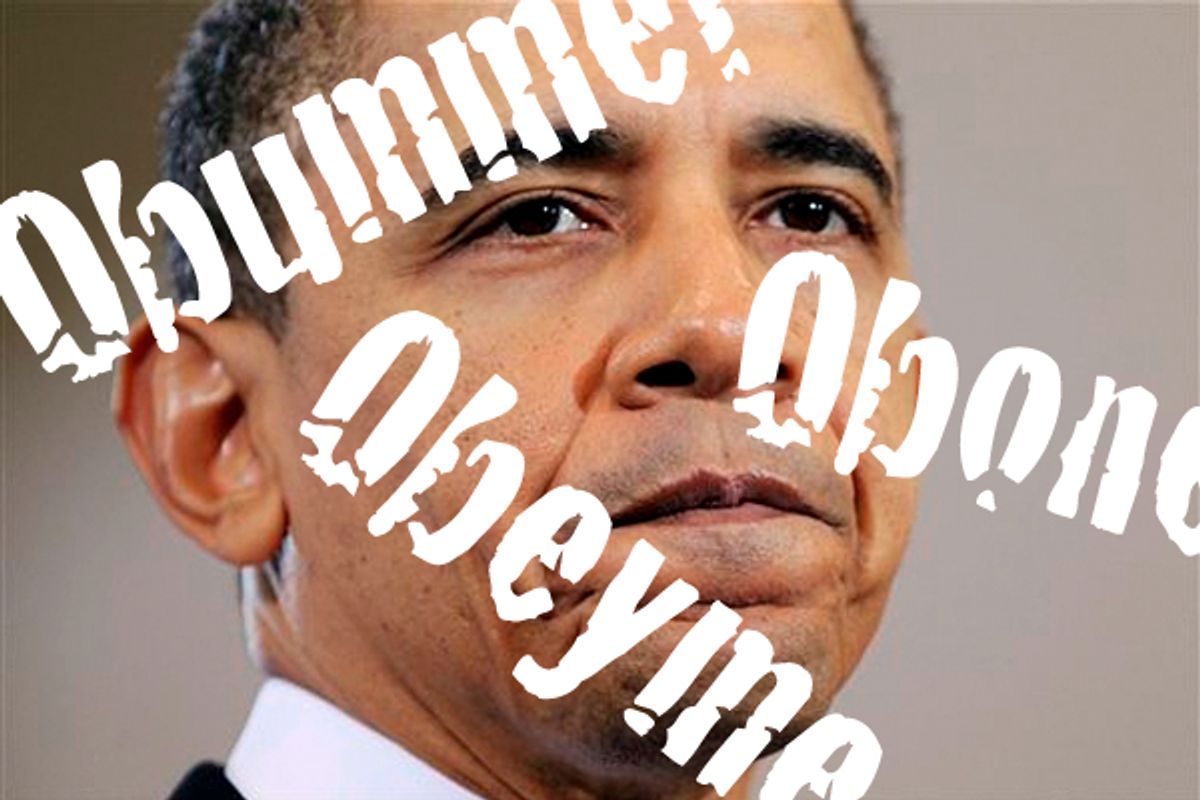 Skimming through the comments section of Sarah Palin's most recent Facebook note earlier this week, we were struck not so much by the hostility toward President Obama, but by the strained attempts to twist his name into some kind of an insult: "Nobama," "Obomba," "La Bamba" and so on.  Other commenters skipped the puns and crafted their own nicknames for their president. We then checked Mike Huckabee's page and found the same phenomenon at work. So we decided to compile our favorites:

3. One Big A*# Mistake America - Elizabeth Mushill, from Bethalto, Ill.