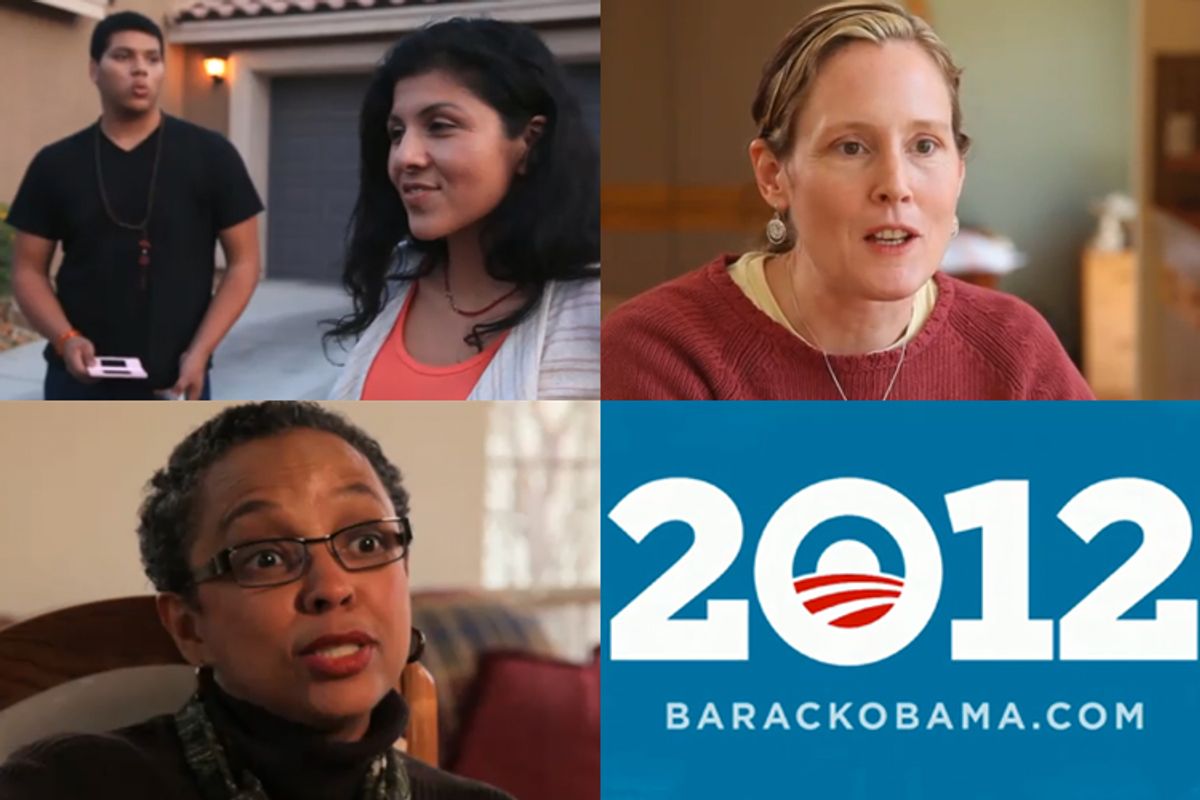 Monday brought a strange convergence of political events: President Obama officially launched his campaign for reelection, with an email to supporters asking that they come back and make "Obama for America" an even greater grass-roots behemoth than it was in 2008, along with a video of lovely campaign supporters to back up its title, "It begins with us." Meanwhile, it's the haunting 43rd anniversary of Dr. Martin Luther King Jr.'s assassination (which Obama's materials don't mention).

The King anniversary is front and center, though, in the AFL-CIO's efforts to build on the momentum of Wisconsin and the rising tide of protest in the Midwest and elsewhere with "We Are One" demonstrations April 4, coast to coast. Finally, Monday was the day Obama broke a campaign promise by announcing that 9/11 planner Khalid Sheikh Muhammed would be tried in a military tribunal at Guantánamo.

And while they didn't appear Monday, a pair of articles over the last few days profiling Obama's campaign manager, former deputy chief of staff Jim Messina, created an unfortunate context for Obama's campaign launch, at least among progressives. Ari Berman's Nation piece, headlined "Obama's Enforcer," laid out the way Messina, who was appointed as liaison to the base, instead turned off progressives in the first two years of the president's term. As Berman tells it (very well, with a decent number of on-the-record sources), Messina was the guy who, instead of empowering the base, shut it down: He opposed progressive plans to push the public option in the healthcare reform bill, to turn up the heat on his old boss, Senate Finance Chairman Max Baucus (who traded away the public option and possibly his own children to win GOP support for healthcare reform that never came), and to "Dog the Blue Dogs" who opposed the president's agenda. Progressives who bucked Messina got thrown out of a weekly briefing for progressives. A perfunctory New York Times profile on Sunday at least backed up the depiction of Messina as unpopular on the left.

Berman's article, in particular, makes it hard for me to want to encourage the building of a grass-roots campaign that's, in Obama's words, "farther reaching, more focused, and more innovative than anything we've built before." For what? Collaborating with Republicans to slash spending during a recession, and continuing the scandalous Bush tax cuts for the uber-rich? Going along with staggering trends of social inequality that have created, in the words of economist Joseph Stiglitz, government "of the 1 percent, by the 1 percent and for the 1 percent?" I don't think so.

I have already written: Barring something horrific, I will support President Obama in 2012. (And I read Glenn Greenwald daily, so I know there's a digest of fairly horrific things taking place in the realm of civil liberties, on top of the regular cave-ins to corporate America.) I have explained before: I think a primary race would be distracting and destructive to progressive politics. It would tear the Democratic Party apart in ways that would make that unpleasant 2008 bickering look like a love-in. As the great Michael Harrington used to say, when it comes to electoral politics, I stand on "the left wing of the possible," and that's about where I believe Obama is. So I expect to stand with Obama next year.

Equally important, though, I oppose a primary challenge from the left because I believe it would keep progressives trapped in the fiction that presidential campaigns are the be all and end all of progressive politics. They're not, as Obama's election should have proven to everyone. MoveOn, Dean-turned-Democracy for America and much of the lefty blogosphere went all-in for Obama, lauding him as the true-blue progressive in the race, when he was not. They helped bring him the Democratic nomination he should have had to at least compete for among progressives. (Do people now understand that his praising Reagan and saying Social Security needed fixing might have been harbingers of the way he's led?) They dissipated energy that could have been spent in other ways; progressive groups have spent the last two years trying to figure out how to organize the base for truly progressive causes, rather than allegiance to a centrist Democratic president. Meanwhile, the stunning organizing achievements of Obama for America in 2008 -- building an email list of 13 million names, 4 million donors and 2 million active volunteers -- were never put behind a grass-roots effort to support Obama's agenda. We know from the New York Times that the Bill Daley White House shut down an effort by OFA to back the Wisconsin protests.

Obama's campaign video didn't do much to inspire me, either. New York Times columnist Charles Blow termed it "small." We get what he seems to see as his two key demographics, youth and a multiracial array of women: Alice from Michigan, who's black; Katherine from Colorado, who's white; and Gladys from Nevada, who looks Latina (forgive me, I'm not Sharron Angle, the campaign wants me to think that!). It even flicks at maybe a little bit of dissatisfaction in the base. "There are so many things that are still on the table that need to be addressed, I want them to be addressed by President Obama," Gladys says. There's also a white guy from North Carolina who says he doesn't support everything Obama does, but he "trusts" him, to stand in for that elusive male independent vote. But Blow is right: It's small; not as in intimate, just lacking reach.

So at least for this year, I'd like to stand on "the left wing of what might be impossible but sure ought to be debated and discussed and who knows what's possible anyway." I stand with Robert Reich: Somebody's got to beat the drum on raising tax rates on the super-rich. I stand with the AFL-CIO, holding its latest national rallies on the anniversary of the King assassination. I still think that had King lived to lead the Poor People's Campaign he was planning when he died, progressive politics might be very different today; class wouldn't have been so marginalized on the multiracial left's agenda. The fact that he was assassinated while supporting the Memphis sanitation workers' strike, as he widened his scope to the rights of labor, haunts us to this day.

Finally, if progressives organize independently, perhaps President Obama might do something about the stunning economic inequality corroding our nation, as he woos our votes to get reelected. I still have a gut belief that Obama shares our values, and he might show us that in his second and last term. But we're more likely to push him that way if we work to build a constituency behind policies that make this country work for everyone again, rather than flock to join a corporate juggernaut masquerading as a grass-roots movement in Obama 2012.

Thus I have other political interests and priorities beyond Obama 2012, for now. And I think I'm going to have a lot of company.