Does Ron or Rand have a better shot at the presidency? 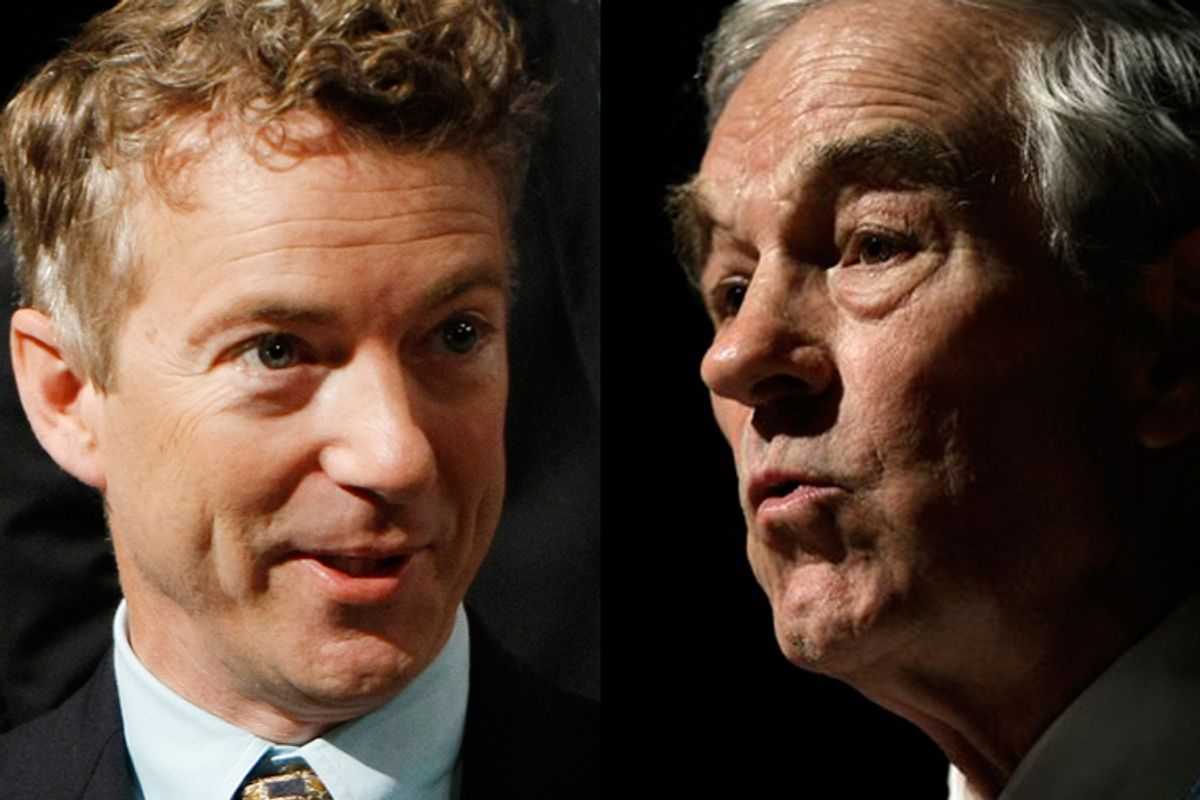 Texas libertarian Ron Paul will probably run for president again. But if he doesn't, his son, brand-new Republican Senator Rand Paul just might run instead. Which one would make the better candidate? Which one has even a shot at winning a single primary or caucus, anywhere? Probably neither one, but that is no reason why we cannot compare and contrast their "strengths" in a hypothetical 2012 match-up: