Khalid Sheikh Mohammed will be tried by military tribunal -- not a civilian court in U.S. 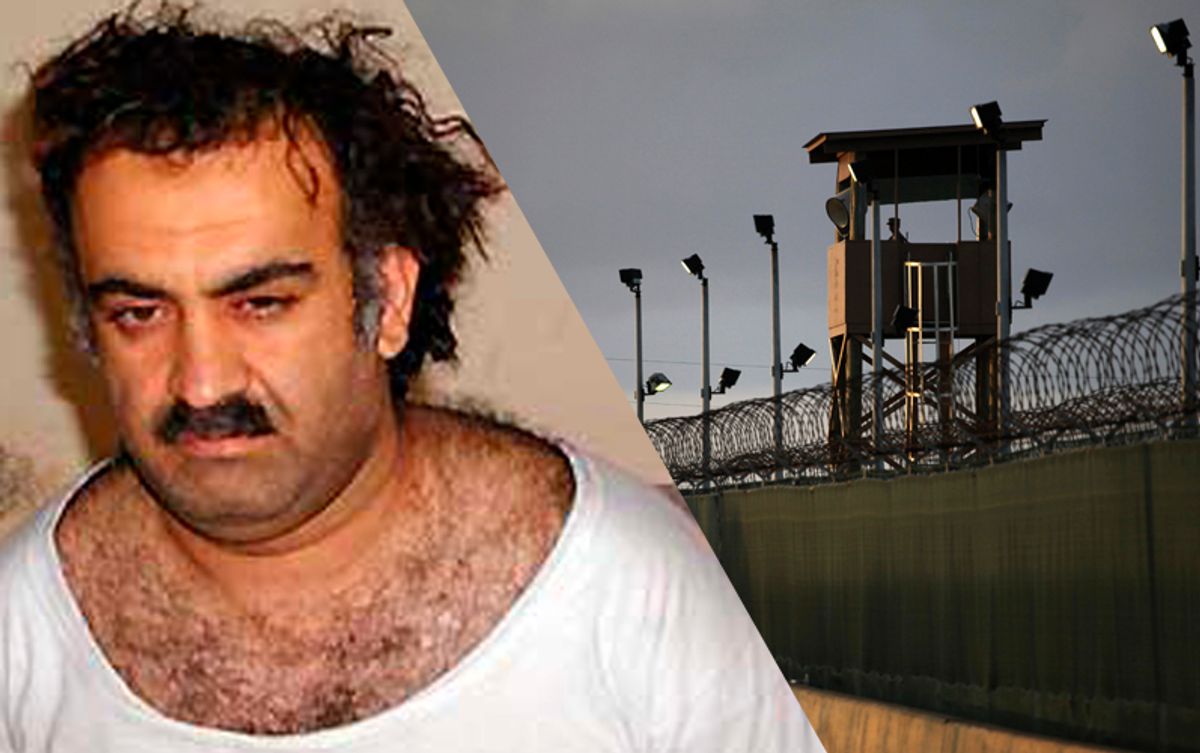 In this March 30, 2010 photo reviewed by the U.S. military, a U.S. trooper stands in the turret of a vehicle with a machine gun, left, as a guard looks out from a tower at the detention facility on Guantanamo Bay U.S. Naval Base in Cuba. The Obama administration is pushing to close the Guantanamo detention facility by transferring, prosecuting or releasing the remaining detainees. (AP Photo/Brennan Linsley) (Brennan Linsley)
--

A federal law enforcement official says professed 9/11 mastermind Khalid Sheikh Mohammed and four alleged co-conspirators are being referred to the system of military commissions for trial.

The decision by the Obama administration is an about-face from earlier plans to have the five go on trial in civilian federal court in New York.

The official spoke on condition of anonymity about the switch, which Attorney General Eric Holder was expected to announce at an afternoon news conference.