He greased the wheels for the symbol of GOP corruption, now he works for the leader of the new majority 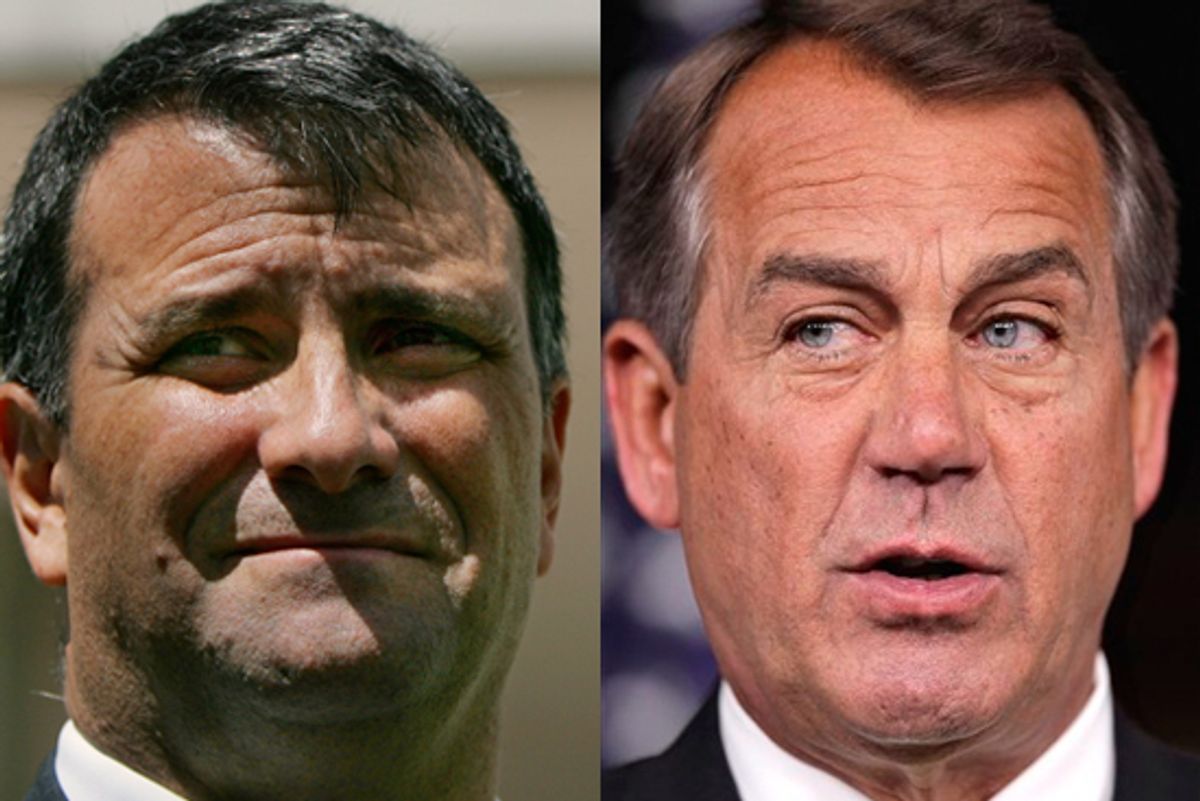 John Boehner is so obviously a favor-trading tool of monied interests -- this is the man, it must never be forgotten, who literally handed out tobacco company checks on the floor of the House -- that sometimes it hardly seems noteworthy when he again proves that he is nothing but a puppet of well-heeled lobbyists. But we must guard against cynicism and always take opportunities to remind the nation that Speaker Boehner is a corrupt tangerine.

So documentarian Alex Gibney writes today of Boehner's recently hired policy director, Brett Loper. Before joining team Boehner, Loper was, naturally, a medical device lobbyist, whose job was to protect the profits of the medical device industry at the expense of, among other things, the federal deficit. And before that, he worked for the gloriously amoral Tom DeLay.

While working for Mr. DeLay, Loper took a trip to the Marianas Islands with Michael Scanlon, super-lobbyist Jack Abramoff's co-conspirator. They went to the Marianas Islands to deliver favor money to two legislators in order to bribe them into switching their votes to support an Abramoff ally in his campaign to become speaker of the House. They switched their votes, Abramoff's buddy got the job, and Abramoff was rehired and "resumed lobbying for the continuation of abusive labor practices in the islands."