"Great Soul": A Gandhi biography that will break your heart

A much buzzed-about new book offers an unsparing, sympathetic look at a 20th-century icon 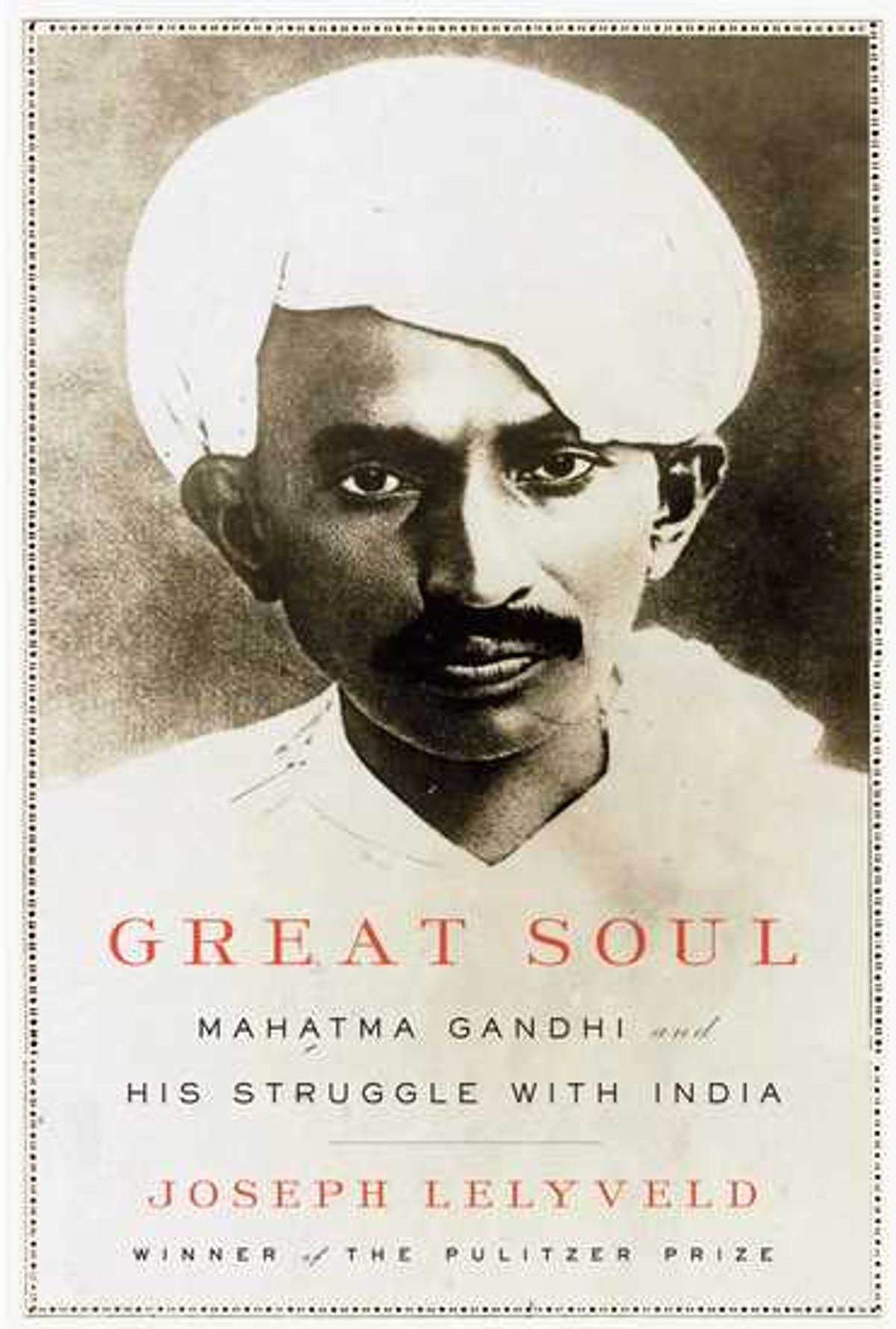 The great are a pretty mixed lot, especially in politics. Hitler, Stalin and Mao were among the great, each in his own monstrous way. Churchill was, too, for both good and evil, and Roosevelt as well, though mainly he was lucky. De Gaulle may or may not deserve to be included in such company, but he certainly behaved as if he was sure he did.

Gandhi is, to my mind, the gold standard of 20th-century political greatness. He produced tremendous effects, overwhelmingly good, and he achieved them not by luck, force or guile but virtuously, by persuasion and example. Martin Luther King is perhaps his peer in these respects, but the scale of Gandhi's accomplishment was much greater.

When every publishing season seems to feature several new volumes on such lesser figures as Churchill or George Washington, there is plenty of room for a new book on Gandhi, even one that makes no grand claims. Joseph Lelyveld was executive editor of the New York Times, and before that was the Times' correspondent in South Africa, then in India. In both places he crossed and re-crossed Gandhi's trail. His previous book, "Move Your Shadow" (1986), reported firsthand on the everyday reality of apartheid and the struggle against it, and won a Pulitzer Prize. "Great Soul" looks back across many decades at a similar struggle that seems (but only seems, Lelyveld reminds us) to be over. The stories of that struggle and of Gandhi's life have been told and retold; the facts and general outlines are well established. Lelyveld does not seek to alter or embellish them but to trace some themes within them: the "ambiguity of [Gandhi's] legacy" in both India and South Africa; his "evolving sense of his constituency and social vision" -- by no means unvarying throughout his career; and his "struggle to impose his vision on an often recalcitrant India" -- a struggle he ultimately concluded he had lost, notwithstanding his many successes.

Mohandas Karamchand Gandhi ("Mahatma" is an honorific, meaning "Great Soul") was born in 1869 into a family of the merchant/administrative caste. He became a lawyer, studying for three years in London, and traveled to South Africa as an agent for some Indian exporters. The severe discrimination suffered by the large Indian community there -- brought home by some nasty experiences of his own at the hands of white officials -- made him a civil rights activist. And his reading of Ruskin, Tolstoy and Thoreau made him a critic of industrial society and an advocate of craft production, self-reliance and nonviolence.

The young Gandhi's zeal and eloquence, together with a powerful little tract (immediately banned by the British) called "Self-Rule for India," brought him into the front ranks of the Indian independence movement, even as an expatriate. When he returned to India in 1915, he was already nationally known. For the next three decades his fame grew steadily, though his actual influence waxed and waned. By the time India finally achieved independence in 1947, he was universally revered. But paradoxically, he never felt more powerless or isolated. He proclaimed his life a failure and, in the weeks before his assassination in January 1948, often declared his readiness to die.

"Great Soul" sensitively explores this paradox. Gandhi always insisted that mere political sovereignty was an unworthy goal. Genuine swaraj ("independence" or "liberation") for India rested on four pillars. First was economic self-sufficiency for India's 700,000 villages, which meant above all breaking the country's dependence on cheap imported (mainly British) textiles. Gandhi's famous homespun loincloth (which he wore even to an audience with the King of England) was a political statement: All Indians should spin and weave, every day. Second was Hindu-Muslim unity. Religious fanaticism horrified him; the massive pogroms following independence broke his heart, and his outspokenness on this score maddened fundamentalist Hindus, until one of them took Gandhi's life. Third was untouchability. Nearly a quarter of Indians were outside the caste system. They were powerless and despised, worse off in some ways than blacks in South Africa or the American South. Gandhi repeatedly shocked respectable India by living, eating and working with untouchables, even when that meant cleaning latrines. The fourth pillar was ahimsa, or nonviolence. From Tolstoy's "The Kingdom of God Is Within You," he came away persuaded that "Turn the other cheek" and "Return good for evil" meant exactly that. His vast campaigns of nonviolent resistance, or "non-cooperation with evil," aimed to elicit an answering impulse of fraternity and respect from enemies -- to sap their own will to violence.

Lelyveld's probing account of the visionary-as-politician reveals that, as one might expect, the politician often prevailed over the visionary. Mahatma had a remarkable capacity for compromise, and even for nimble rationalization. But he was morally serious, a genuine "great soul," and thus lacked the true politician's talent for convenient self-deception. "By the end," Lelyveld writes, he was "forced to recognized that the great majority of his supposed followers hadn't followed him very far," spiritually speaking.

By the end of "Great Soul," a generous reader's heart may be broken, no less than Gandhi's. But just as the Gandhian discipline of truth-telling could fortify the soul, so does Lelyveld's sympathetic yet unsparing look at Gandhi's uncertainty and anguish.

George Scialabba is the author of "What Are Intellectuals Good For?" and "The Modern Predicament" (forthcoming), both from Pressed Wafer.