Take one part doughnut, one part coconut, add sweet bread and spiced batter ... and have a vacation at breakfast 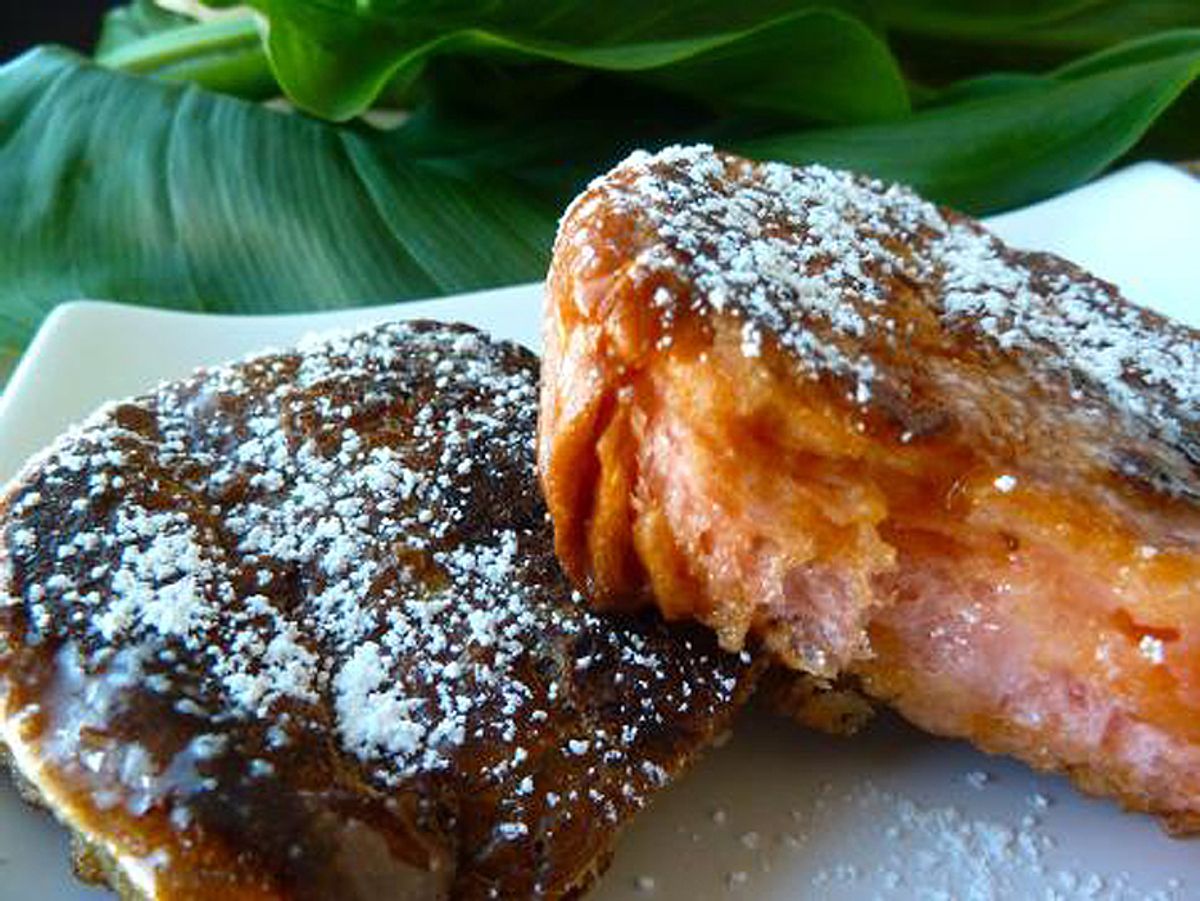 What would be your last wish on your final morning in Hawaii? Catch the sunrise? A last-minute dip into the Pacific? Or perhaps one last exploration of tide pools, looking for crabs, starfish and sea turtles?

After a glorious week in the sun, while the rest of us were still asleep to the hypnotic sounds of waves, the breeze gently blowing through palm trees, and the lazy whir of the ceiling fan, my husband woke up quietly to sneak out for his one last wish. He drove 45 minutes (each way) to get a dozen malasadas. That's the kind of guy he is.

Malasadas are the yeasty, eggy, sugary doughnuts that were introduced to the Hawaiian islands by Portuguese immigrants from the Azores generations ago. Eagerly incorporated into the cuisine of the Hawaiian islands, each island has a "best" place to get them. On the Big Island, that place is Tex Drive In, in Honokaa, near Waimea.

To the casual observer, the malasada looks like a typical raised doughnut, rolled in granulated sugar. Stace, one of the kama'aina (locals) I talked to, shed some light on what makes Tex's malasada special: the first owners converted their recipe for pao doce (Portuguese sweet bread) and used it to make their mouth-watering and award-winning malasadas.

My husband arrived back with the box of malasadas just as the rest of us were waking up, and we quickly devoured them. That's how you can eat on vacation -- without consequences.

Back home, I wanted to make a Sunday brunch to remind us of Hawaii, which we miss too much already, but I don't do much deep-frying in my kitchen. Thinking back to Stace, Tex's malasadas, and the Portuguese immigrants who brought their sweet bread and malasadas to another heavenly island home, I made a not-too-guilty replacement: Portuguese sweet bread French toast with coconut syrup.

Sweet bread makes excellent French toast because of its eggy, light and slightly chewy texture. I made this version with guava- and taro-flavored sweet bread we brought back with us from Punalu'u Bake Shop, which by being located 30 minutes South of Hawaii Volcanoes National Park in Na'alehu is known as the "Southernmost Bakery in the U.S.A." King's Hawaiian bread or rolls, readily available in all major grocers on the mainland, make a great substitution. Hawaiian coconut syrup is more difficult to come by, so I've made a recipe you can make from ingredients easily found anywhere.