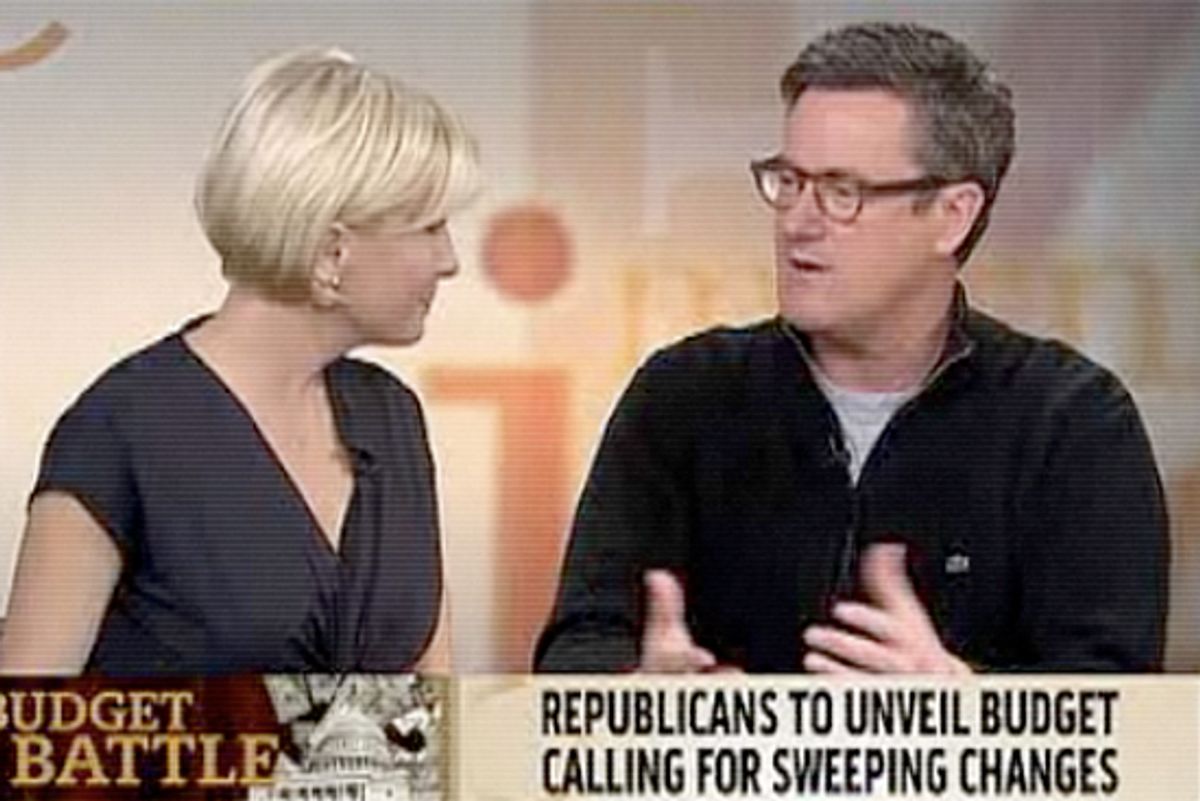 House Budget Committee Chairman Paul Ryan (R-WI) is making the rounds today to push his new proposal to slash Medicare and Medicaid spending in ways that have been described as "radical."

Pointing to a glowing David Brooks column on the plan, Kevin Drum observed yesterday that the Beltway punditocracy will quickly adopt a consensus view that the Ryan plan is "courageous," "serious," and "gutsy."

Right on cue, the crew at Morning Joe this morning had Ryan on to roll out his plan in an atmosphere that can fairly be described as celebratory.

The Joe crew ate up Ryan's talk of having an "adult conversation" about the budget deficit. Here's a sample:

RYAN: We need government to reorient its policies so Americans don't have to reorganize their lives. And so, as far as compromise, of course I'm willing to compromise. Naturally you compromise up here. But you can't get to talking about compromise until you start putting ideas on the table, and that's what we're doing.

MIKA: Well, and we commend you for doing that.

JOE: Yes, we do, don't we Mika? Cause Mika, for months we were saying, "Oh, Republicans aren't going to do anything." So let us just stop right now and commend.

MIKA: I've always said, I really like him, and I think he sticks to his word.

At the end of the show, Scarborough said the executive producer of the program, Chris Licht, said in Scarborough's earpiece of Ryan, "I'm in love." The New York Times' Andrew Ross Sorkin responded: "Give the man credit for putting out a plan, when no one else would, frankly."