How Ayn Rand ruined my childhood

My dad saw objectivism as a logical philosophy to live by, but it tore my family apart 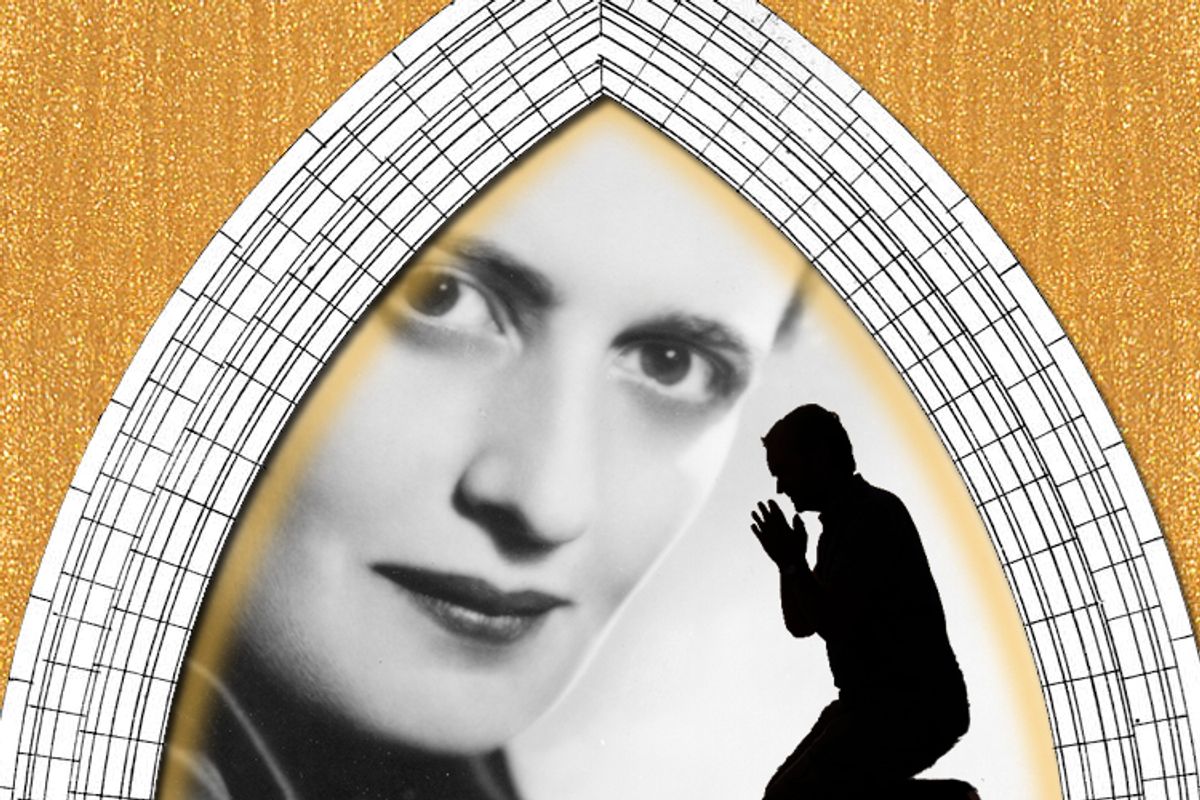 My parents split up when I was 4. My father, a lawyer, wrote the divorce papers himself and included one specific rule: My mother was forbidden to raise my brother and me religiously. She agreed, dissolving Sunday church and Bible study with one swift signature. Mom didn't mind; she was agnostic and knew we didn't need religion to be good people. But a disdain for faith wasn't the only reason he wrote God out of my childhood. There was simply no room in our household for both Jesus Christ and my father's one true love: Ayn Rand.

You might be familiar with Rand from a high school reading assignment. Perhaps a Tea Partyer acquaintance name-dropped her in a debate on individual rights. Or maybe you've heard the film adaptation of her magnum opus "Atlas Shrugged" is due out April 15. In short, she is a Russian-born American novelist who championed her self-taught philosophy of objectivism through her many works of fiction. Conservatives are known to praise her for her support of laissez-faire economics and meritocracy. Liberals tend to criticize her for being too simplistic. I know her more intimately as the woman whose philosophy dictates my father's every decision.

What is objectivism? If you'd asked me that question as a child, I could have trotted to the foyer of my father's home and referenced a framed quote by Rand that hung there like a cross. It read: "My philosophy, in essence, is the concept of man as a heroic being, with his own happiness as the moral purpose of his life, with productive achievement as his noblest activity, and reason as his only absolute." As a little kid I interpreted this to mean: Love yourself. Nowadays, Rand's bit is best summed up by the rapper Drake, who sang: "Imma do me."

Dad wasn't always a Rand zealot. He was raised in a Catholic family and went to church every week. After he and my mother got married in 1982, they shopped around for a church. He was looking for something to live by, but he couldn't find it in traditional organized religion.

Then he discovered objectivism. I don't know exactly why he sparked to Rand. He claimed the philosophy appealed to him because it's based solely on logic. It also conveniently quenched his lawyer's thirst to always be right. It's not uncommon for people to seek out belief systems, whether political or spiritual, that make them feel good about how they already live their lives. Ultimately, I suspect Dad was drawn to objectivism because, unlike so many altruistic faiths, it made him feel good about being selfish.

Needless to say, Dad's newfound obsession with the individual didn't pan out so well with the woman he married. He was always controlling, but he became even more so. In the end, my mother moved out, but objectivism stayed. My brother and I switched off living at each parent’s house once a week.

It was odd growing up, at least part-time, in an objectivist house. My father reserved long weekends to attend Ayn Rand Institute conferences held in Orange County, California. He would return with a tan and a pile of new reading material for my brother and me. While other kids my age were going to Bible study, I took evening classes from the institute via phone. (I half-listened while clicking through lolcat photos.)

Our objectivist education, however, was not confined to lectures and books. One time, at dinner, I complained that my brother was hogging all the food.

"He's being selfish!" I whined to my father.

"Being selfish is a good thing," he said. "To be selfless is to deny one's self. To be selfish is to embrace the self, and accept your wants and needs."

It was my dad's classic response -- a grandiose philosophical answer to a simple real-world problem. But who cared about logic? All I wanted was another serving of mashed potatoes.

Still, Rand's philosophy was well-suited for the self-absorbed tween I was becoming. Her books were packed with riveting plot twists and sexy architects -- easy reading as long as you skimmed over the occasional four-page, didactic rant. Around the time I began exploring Rand's literature, my parents began an epic legal battle over child support. I felt isolated by the conflict and found solace in Rand's message: You must rely on yourself for happiness.

Just as many use faith as a reason to continue during hard times, objectivism helped me stay strong throughout my parents' legal battle. I got a part-time job, played field hockey, ran for student government and joined the yearbook staff. I argued with a Birkenstock-clad substitute teacher the day he showed Michael Moore's classic underdog-bites-back documentary "Roger and Me" in government class. He looked at me in disbelief as I, a skinny blond girl with braces, insisted that General Motors CEO Roger Smith had every right to ruin the lives of Flint, Mich., citizens. On weekends I argued with my friends that global warming didn't exist. I hoarded my accomplishments at school, convinced I'd earned them all on my own. Meanwhile, my mother quietly packed my lunch every day.

Soon, however, I began to question whether my father's philosophical beliefs were simply a justification of his own needs. As soon as the legal drama erupted, he refused to pay for even the smallest things, declaring, "Your mother is suing me," in defensive sound bites, as though it explained everything.

Can I buy new shoes? A couple bucks for the movies? Your mother is suing me.

Twenty dollars for a class field trip? Your mother is suing me.

From what I understood of his favorite capitalist champion, any form of altruism was evil. But how could that kind of blanket self-interest extend to his own children, the people he was legally and morally bound to take care of? What was I supposed to do, fend for myself?

The answer to my question came on an autumn weekend during my sophomore year in high school. I was hosting a Harry Potter-themed float party in our driveway, a normal ritual to prepare decorations for my high school quad the week of homecoming. As I was painting a cardboard owl, my father asked me to come inside the house. He and his new wife sat me down at the dinner table with grave faces.

"We were wondering if you would petition to be emancipated," he said in his lawyer voice.

"What does that mean?" I asked, picking at the mauve paint on my hands. I later discovered that for most kids, declaring emancipation is an extreme measure -- something you do if your parents are crack addicts or deadbeats.

"You would need to become financially independent," he said. "You could work for me at my law firm and pay rent to live here."

This was my moment of truth as an objectivist. If I believed in the glory of the individual, I would've signed the petition papers then and there. But as much as Rand's novels had taught me to believe in meritocracy, they had not prepared me to go it alone financially and emotionally. I began to cry and refused.

Hardcore objectivists often criticize liberals for basing decisions on emotion, rather than reason. My father saw our family politics no differently. In his mind, it was reasonable to ask that I emancipate myself and work for a living. To me, it felt like he was asking me to sacrifice my childhood so he didn't have to pay child support. To me, it felt like abandonment.

Nearly a year after that conversation, my parents' legal battle came to an end. In Santa Clara County's record room, the typical family law case occupies the space of a small manila folder. My parents' case filled several shelves. A judge decided my father would have to pay my mother both what he owed in child support and her attorney fees -- an amount that totaled about $120,000.

Dad’s only choice was to sell our house. I moved to Mom's and saw him for the occasional restaurant lunch or family holiday. The distance between us grew wider when I went off to college. He'd call me every other month to play 20-minute catch-up before he had to rush back to work. More consistent, however, were his e-mails. Forwarded from the daily objectivist newsletter he subscribed to, each one had a title like "George W. Bush, Genius" or "Obama the Pathetic." They continue to pile up in my in box, mostly unread. Every once in a while, I'll click on one, hoping to find a "How are you?" or "What's new?" to no avail. It's a hopeless exercise. I learned long ago that an objectivist like my father simply doesn't care to know.