Christian right stands by its man in Ivory Coast

Strongman Laurent Gbagbo is on the way out, but he's still getting support from Pat Robertson 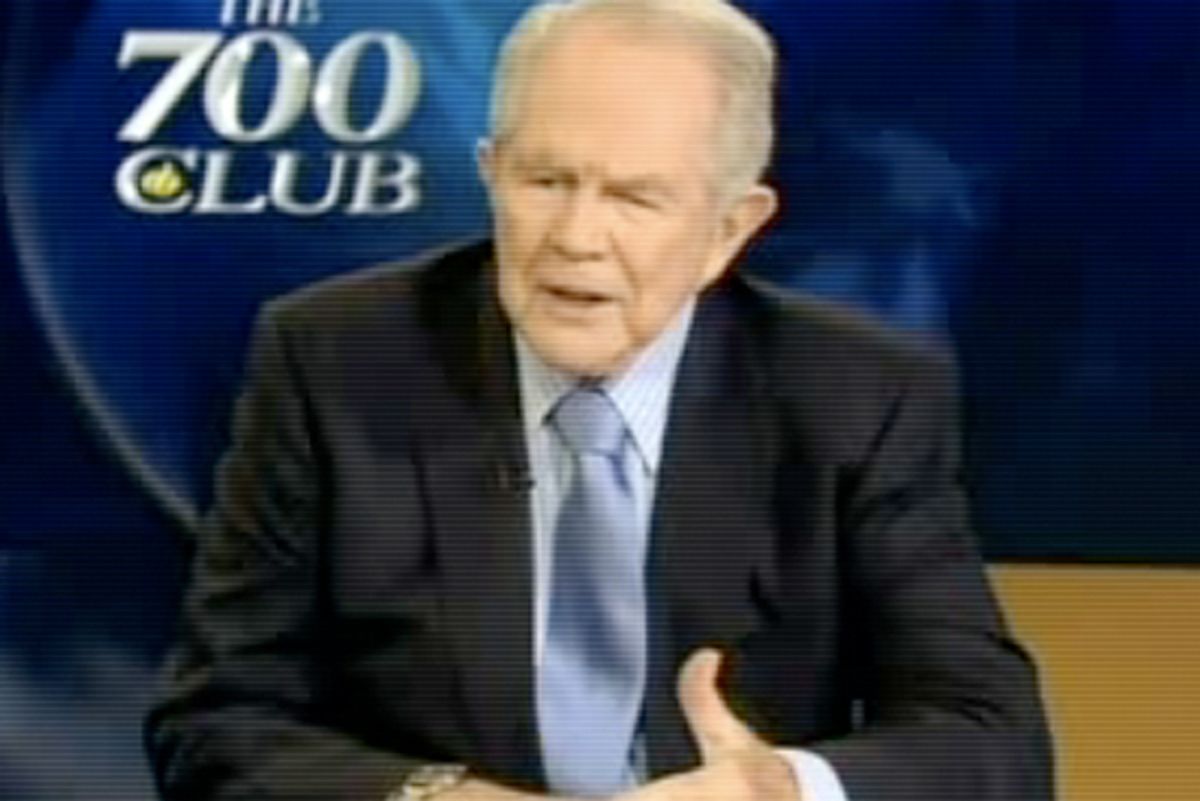 The other day I wrote about the ties between the Christian right -- including the secretive group known as the Fellowship -- and Laurent Gbagbo, the leader who refused to step down as the president of Ivory Coast after losing an internationally certified election.

Despite the fact that Gbagbo looks as if he will be removed from office by forces loyal to his opponent as early as today, Christian right figures in the U.S. are still standing by the isolated strongman.

On "The 700 Club" today, Pat Robertson declared that Gbagbo is "a very fine man" and insisted that the election was "crooked," even though the U.S., the U.N. and the African Union all said that Gbagbo's opponent, Alassane Ouattara, was the winner.

Part of the dynamic that is clearly on Robertson's mind is that Gbagbo and his wife are evangelical Christians -- who have both attended the Fellowship's National Prayer Breakfast in Washington -- while Ouattara is Muslim.

"This is a crooked election. But nevertheless the UN has said the other guy [Ouattara] won. Well, that may be. But the problem is that this is a country now that has been run by a Christian that's going to be into the hands of Muslims. So it's one more Muslim nation that's going to be built into that ring of Sharia law around the Middle East. It's one more country, one more danger spot, but we don't seem to see that right now, do we?"

Meanwhile, Sen. Jim Inhofe, R-Okla., who knows Gbagbo from his missionary work in Africa, is still insisting that the election was stolen from Gbagbo.

Adding some detail to my story last week, the Oklahoman reported that Inhofe declined to use his personal relationship to help the State Department set Gbagbo up in a sinecure at Boston University early in the crisis, when it might have helped defuse the situation.