An egg-heavy confection straight out of the convent 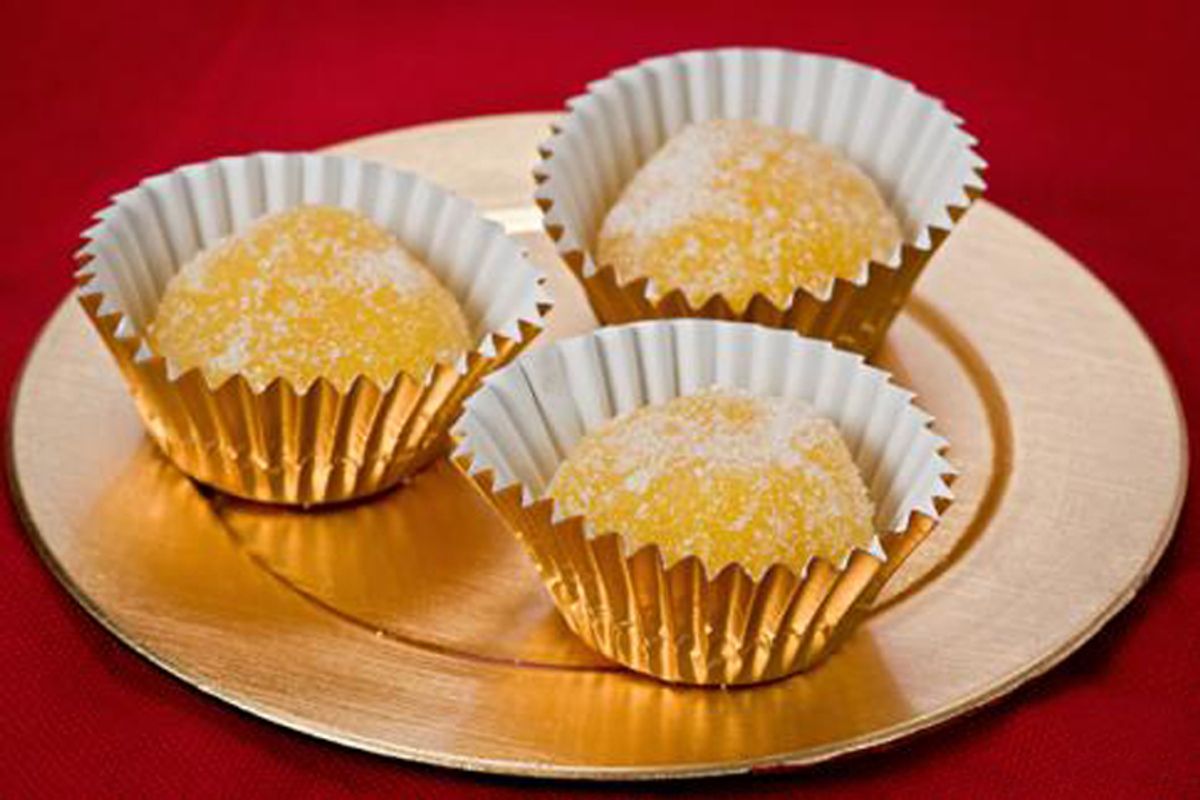 Cholesterol in the Lee clan has always been -- as Homer Simpson famously said of alcohol -- the cause of, and the solution to, all of life's problems.

"You really shouldn't eat so much fat," Mom lectured one morning when I was visiting over Christmas. "That's why your blood pressure so high."

She told me this as I poured myself a bowl of granola and she prepared a breakfast of fried eggs and Spam for Dad.

We all know, of course, that food doesn't have to be fattening to be wonderful. We love the custardy, string-free mangos that sometime pop up, for a mere 50 cents apiece, in Chinatown. We always look forward to the peppery salads made with the greens Mom grows in big pots on the back patio.

Still, some of the things nearest and dearest to our hearts and stomachs are not to be spoken of in the presence of respectable people -- and the element of danger only increases their appeal. You'll have to pry our pork belly sliders from our cold, dead (no doubt from congestive heart failure) hands.

Even Mom, the most vocal worrywart in the family, is not immune to the allure of fatty treats. Every so often over the years, she'd wax rhapsodic about the baroque, egg-laden Portuguese sweets she grew up with in Macau, which was at that time a Portuguese protectorate. I was intrigued by her descriptions of them and by the fact that none of these treats seemed to have a name, at least not that she could remember. One of these, she said, consisted of "tiny strands of egg yolk cooked in sugar, like a little birds' nest"; another was "a ball of egg yolk that has crunchy sugar on the outside but is creamy when you bite into it". How could these mysterious wonders not have names?

Later, my curiosity grew with the realization that I'd never seen anything resembling those confections anywhere -- and I've been fortunate enough to live in places where one can track down just about any ethnic cuisine imaginable. Another reason for my fascination with those treats is that they are made almost entirely of egg yolks. Eggs in themselves, Mom liked to warn, should be eaten only in moderation. But the mystery sweets of her youth not only contained eggs, but only the bad, dangerous, cholesterol-bearing part of the egg, in lethal concentrations. And yet Mom liked to reminisce about those eggy sweets, and would no doubt eat one in a heartbeat if we somehow managed to conjure them up.

Then, last week, she called me, excited by a recent discovery. While browsing an online store featuring Spanish imports, she came across something that looked strikingly familiar -- tiny, round convent sweets made of egg yolks, an artisanal specialty made for hundreds of years by an order of Spanish nuns in the walled medieval town of Avila. The description said they were crunchy with sugar on the outside with insides that dissolved on the tongue "without any pressure."

Bingo. Or as close to "bingo" as we could hope to get: Spain and Portugal are neighboring countries with many shared food traditions, including an obsession with cramming as many egg yolks as possible into the dessert course. (There is a practical historical reason for this: Wine-makers in both countries required large quantities of egg whites to clarify wine, and the nuns used egg whites to starch their habits; hence, a steady supply of egg yolks was ready and waiting to be made into convent sweets.) The resulting cholesterol bombs became so beloved they spread around the world with the Spanish and Portuguese diaspora, evolving as they traveled. Local variants of Iberian egg sweets can be found in locales as far flung as the Philippines, Brazil -- and Macau.

And Mom swore those pricey Spanish sweets from that online catalogue looked and sounded exactly like the ones she remembered from Macau. But no way was she going to pay to have those things airlifted in an insulated box from Spain to Los Angeles.

But, she said hopefully, there were recipes for it online, and they sounded pretty simple. I had myself a project.

The recipes I found for this confection, officially called yemas de Santa Teresa (literally "Saint Teresa's egg yolks," aka "the cause of, and solution to, all of life's problems"), all take the same basic form: make a sugar syrup, mix it with an appalling number of egg yolks, cool the resulting mixture, form it into little balls, then roll the balls in sugar. Some recipes boast only three ingredients: egg yolks, sugar and water. Others enhance the syrup with lemon zest and/or cinnamon. I like the idea of a hit of spice and citrus to offset all that sweetness and richness; it adds to the mysterious medieval vibe of the confections and makes them feel both more and less pointlessly decadent.

I've always hated the term "sinful" when applied to food. It seems to reflect the worst aspects of Puritanism (free will and the Puritan work ethic I can get behind; the idea that life must be miserable to be virtuous, not so much). Besides, how could these little treats be sinful? They were invented by nuns. And sold by nuns to support their work. Ergo, those who eat them are doing God's work.

Given these truths, how could they possibly be bad for you?

The following recipe is a combination of several nearly identical recipes I found online from different sources. Almost all of the credible-looking recipes came from websites based in Spain, which made me glad to have functional Spanish reading skills and a digital scale that allows metric measurements. I've converted the measurements to standard American measures.