What he gave me before he died

As a hospice nurse, I help people as they let go. But John was the first who taught me how to live 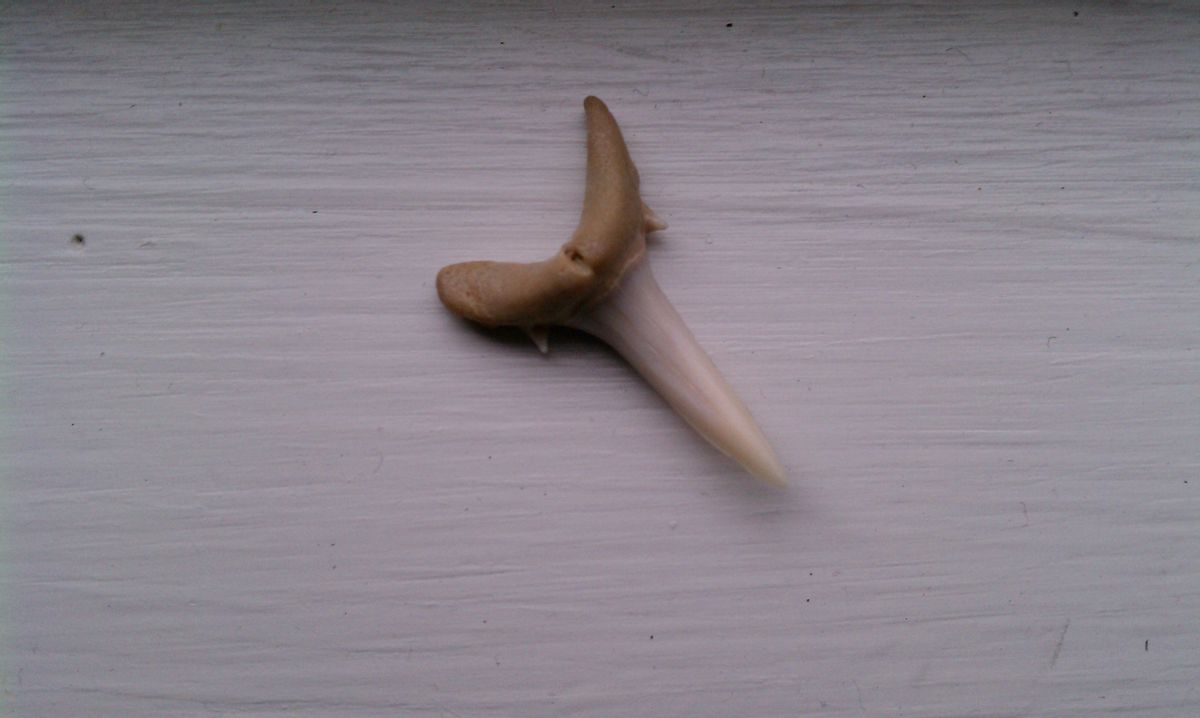 No, I didn't kill him. Cancer killed him, but I helped him die by telling him what to expect, how to protect his functional independence for as long as possible, reframing and contextualizing the whole beautiful and awful business, giving him drugs, calling cancer a bitch, and holding his hand.

I was a hospice nurse for two years, and in that capacity, I helped many people die. People die all the time, and for some reason, I am excellent at helping them. Some people play a mean guitar. Others roller-blade. Me? I'm an angel of death. Everyone assumes being a hospice nurse is depressing, but it's not. It's no party, but it is life-affirming, bittersweet and painfully precious. Being with someone when they die is nothing short of a gift.

When people get sick and die, family and friends tend to bat around canned phrases: "Things happen for a reason"; "God has a plan"; "I believe in miracles and the power of prayer." I hate inauthentic sayings as much as the next person, but I don't begrudge people clichés like that in times of crisis. Even though death happens to everyone, when it strikes, people are shocked stupid. They will repeat anything they've heard before and anything they've seen in movies; a strange vacuum forms in the wake of terminal illness that renders words inadequate. So grieving people often lean on stock answers for support. In turn, I try to speak authentically and honestly because these types of words are a little sturdier.

There is nothing about getting older that prepares you for dying. The process of dying, though similar for everyone, always feels so uniquely individual that the fact that the world continues to turn and Big Macs continue to be sold and there is a line at the DMV all feels like a great betrayal. But the world doesn't stop for death, even when it's our turn. And this comes as a surprise to everyone and it is sad every time, even at age 95. As a patient recently said to me, "No one wants to leave the party."

But John was different. John didn't believe in God. And he didn't lean on any canned phrases or false words. John was fearless. John was an inspiration. He was hilarious and somehow managed to laugh at cancer. He made me laugh at cancer. John said he wouldn't even believe he had cancer except for the fact that he looked like Lurch from "The Addams Family." Then he would take his shirt off and try to look creepy. And he was great at looking creepy.

John would say things like, "You just keep going until you don't," and then he would smile. And when you think about it, that's really all there is to say about death. Except he'd also say, "Cancer sucks." And I guess that's a valid statement too. "Cancer's a bitch," I would say. "Yeah," he would say, "fuck cancer!" Then we would laugh.

"So how does this dying thing work? What's going to happen?" he asked. He wanted the truth, so I gave it to him.

"You are going to begin taking more naps during the day," I told him. "You will sleep for longer periods and eventually you will sleep more than you are awake. You will lose your appetite gradually, and you do not have to force yourself to eat. Try to eat calorically dense foods, or just eat ice cream if you want. Walk if you feel like it, rest if you feel like it. You will get weak, you may need a walker and a shower chair. And when you can't do that, we will bathe you in bed. There may or may not be pain. If there is pain, we have medicine for it. If there is agitation, we have medicine for that too. We have medicine to fix everything, except for the death part, of course. Eventually you will develop secretions in your lungs and mouth, otherwise known as the 'death rattle,' and we have medicine for that, too. But regardless, there is nothing at all to fear, because we have something for everything and I will be right next to you."

He seemed to find this answer acceptable.

We didn't always talk about death. His house was a museum of souvenirs. He and his wife were world travelers. They had also kept a log of their travels, and for every odd mask, picture, statue or shoe, there was a corresponding story scrawled in pencil from 30 years prior.

After one particular visit, as John walked me to the door, he asked if I would make my next visit when his wife was away, as my visits tended to make her sad (that angel of death thing). I assured him I would. When I arrived, his first question was, "So who keeps that medicine?"

"What medicine?" I asked.

"All the medicine that fixes everything."

"Oh, that medicine. Well, when you begin to show signs of decline, I will stick it in the fridge. That way, you guys can call me, and I can walk you through which med is for what and how much, while I'm en route."

But what John really wanted to know was whether I would administer enough medicine to kill him. He told me he would pay me for it. Of all the people I have helped die, he is the only one who ever asked me this.

I was offended -- not because he asked for my help, but because he thought I would take money for it. Of course, I told him I couldn't assist him, but I also tried to talk him into wanting to live. I told him it was time to start his bucket list. I reminded him that he loved working in his garden, and when all else is gone, there is still that warm bit of sunshine, and joy can be found there. There is ice cream! There is music! There is so much to live for, I argued. To die now would be to say that all life is meaningless, because what do any of us have other than moments, small delights, ice cream and bright bits of sunshine.

"Molly, I don't find joy in these things anymore. The sun gives me no joy, my garden gives me no joy, and I've never cared much for ice cream. My wife is sad, and I hate dragging this out for her. I don't want to be dependent on others to bathe, I don't want to use a walker. I've already hit every single thing on my bucket list. I lived my life. I lived it well and fully and wrote it all down. And I enjoyed every minute of it, and I had the most wonderful woman in the world to share it with. And as a gift to her, I want to make this as quick and painless as possible."

Something about John's strength, his honesty, his kindness, his willingness to look at and name things that are scary and just the thought of any creature living without joy made me weep. This made him laugh heartily. He grabbed me some tissue and called me sweetheart and hugged me.

Then he gave me some shark teeth. He had collected hundreds of shark teeth from beaches all over the world, and he gave me some to take to my kids. So I did, and the kids were impressed. And John died. His wife called me and said simply, "I think we're losing him."

John had slipped into a coma. He never weakened or had pain or used a walker or had to be bathed, he just went to sleep. He was non-responsive, and we watched and held his hand when he took his last breath and his heart stopped beating. And he was gone. And it was sad. And the funeral home men in suits came and said canned phrases about being sorry for the loss, and that the Father had called him home, and then they took his body away. He was cremated and had no service, just as he had requested. His wife and I looked at old pictures of their adventures together. And we both cried.

My family has moved since then, and in the move and in a chaotic house with kids, the shark teeth have been scattered about. Sometimes I think about putting them in a designated spot or in a little jewelry box or something, but I never do. I like them this way. I found one of the shark teeth on top of the microwave this morning. The kids pick one up occasionally and marvel at how sharp it is before throwing it down and moving on to something else. Whenever I find one, it's a happy surprise for me. I am reminded of dying with John. I am reminded of the importance of living authentically, speaking authentically, dying authentically, and trying always to be grateful for each precious moment, every scoop of ice cream, and the sunshine.