Why is Donald Trump polling so well in New Hampshire? 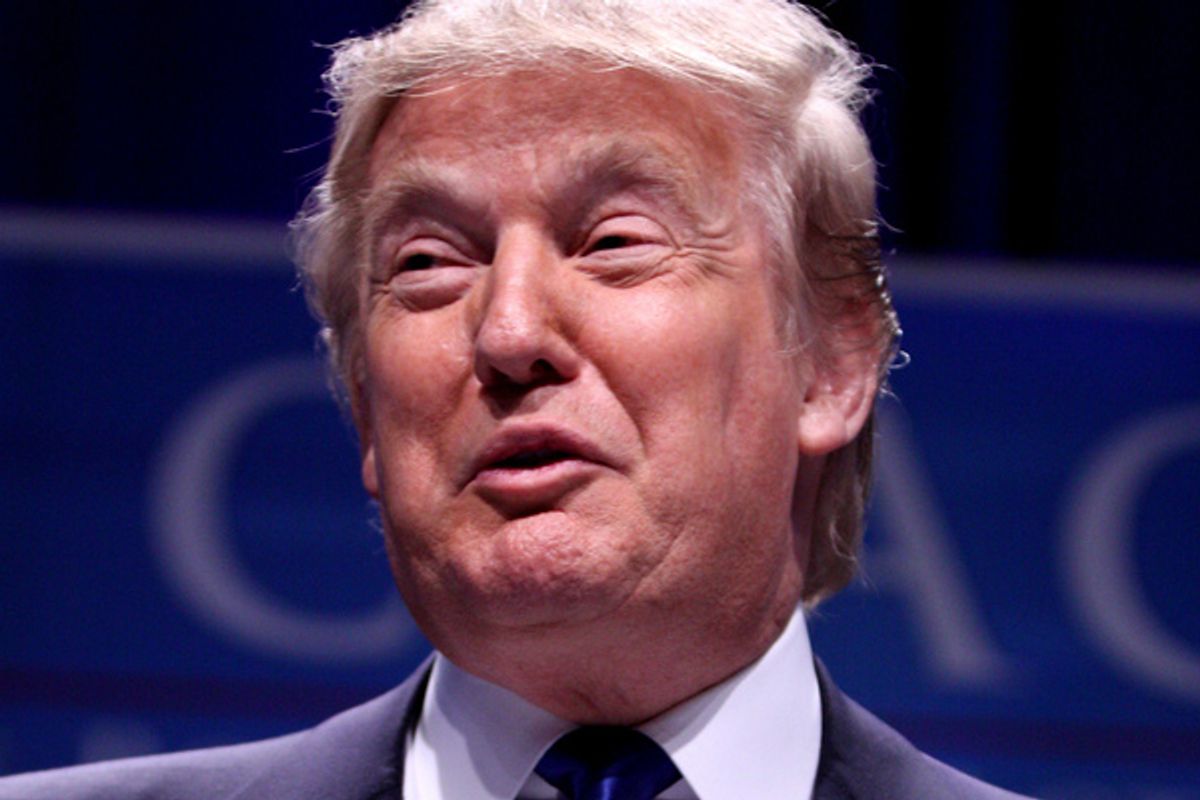 Dear god: A new poll from the first-in-the-nation primary state is out, and running a strong second is ... Donald Trump?!

The survey, conducted by PPP, places Mitt Romney in first with 27 percent, followed by Trump at 21 percent and Newt Gingrich and Mike Huckabee at 12 percent. Everyone else is stuck back in single digits. On the surface, this looks like a triumph for The Donald, especially when you consider that he runs particularly well among birthers and Tea Party sympathizers -- a significant chunk of the likely primary electorate, and one that Trump's recent birther obsession seems to be resonating with.

But this really isn't nearly as startling as it seems -- and it hardly makes the idea of an actual Trump campaign any more real or likely.

Trump's apparent strength is probably best viewed as a reflection of the profound deficiencies of the current GOP field. Romney is the closest thing Republicans have to a front-runner, and New Hampshire figures to be one of his strongest states next year, so it figures that he's attracting significant support. But after Romney, there's no one for New Hampshire Republican voters to get very excited about right now. They don't know much about Tim Pawlenty and -- for reasons I've outlined before -- they're instinctively hostile to prospective candidates like Sarah Palin and Mike Huckabee, who both embrace explicitly religious rhetoric and themes. They know who Newt Gingrich is, but his candidacy remains ... problematic.

This vacuum is perfectly suited for Trump. Right now, he exists to Republicans as a universally known celebrity who lately has been in the news for saying things that resonate with them. If they're underwhelmed with their options and looking for a new choice, it stands to reason that a good chunk of them will tell pollsters that Trump is their man.

But what Trump is spectacularly ill-suited for is an actual campaign, one in which all of his dirty laundry, all of his (many) past ideological apostasies and all of his moral shortcomings are exposed and amplified, relentlessly. In an actual campaign, Trump's image as a Tea Party-friendly celebrity wouldn't hold up for long. Rudy Giuliani offered a demonstration of how this works in 2007 and 2008, when he began as the nominal front-runner -- essentially, a celebrity who said things Republican voters liked to hear -- and ended up with one delegate. This same process would play out with Trump, except it would be quicker and uglier.

Which, of course, is one of the 2,000 reasons Trump will never actually run for president. But right now he's in the consequence-free flirtation period. For the next few months, he doesn't need to campaign, file any paperwork, make any financial disclosures or suffer any attacks from fellow candidates.; he can simply make noise, hope his television show's ratings rise, then announce that -- floored though he's been by the overwhelming support he's received from the American people -- he's decided that he can make a better contribution to the country's future by not running.

In other words, I'm still not worried about having to empty my savings account.