"Breaking In": The secret behind TV's obnoxious male leads 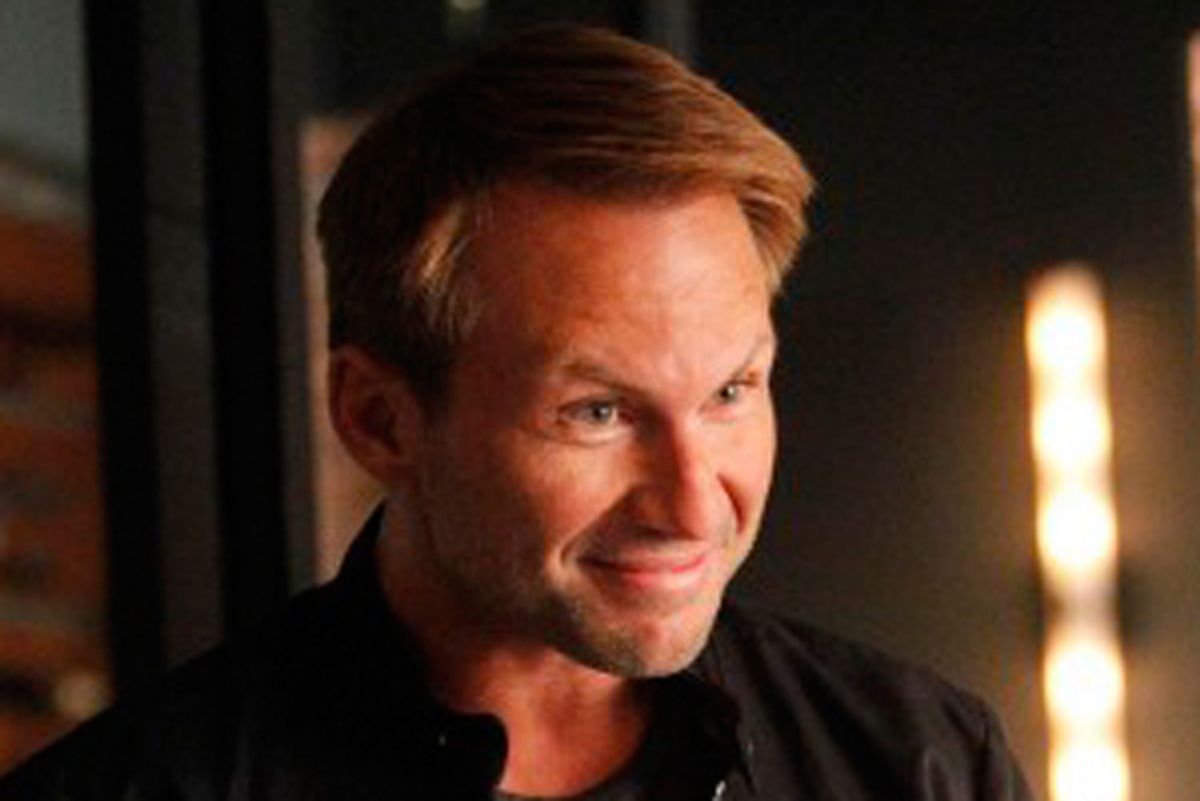 Christian Slater stars as the great and powerful Oz in Fox's caper comedy "Breaking In."
--

If you've ever asked yourself why so many TV shows and movies glorify people who strut around growling orders and insulting underlings and barking, "Think, people! Think!" and otherwise acting like insufferable jerks, you've never spent any time in Los Angeles. Hollywood is a dream factory run mostly by and for raging narcissists with power and money. Its mass-produced dreams are overseen by people who want to be constantly reassured that they're talented, sexy, charismatic warrior-poet visionaries, and that you can absorb such invaluable knowledge by being around them that the abuse they heap on you is totally worth it. That's why the preferred dramatic configuration of ensemble TV shows is the ragtag band of eccentric professionals (read as: creative types), led by a well-dressed, middle-aged boss who reflexively needles and insults people and throws temper tantrums and sometimes puts on an expensive jacket and sunglasses, hops in his expensive car or on his expensive motorcycle, and takes off for parts unknown without warning, forcing underlings to wonder where the hell he is and talk about him nonstop until he reappears unannounced and provides them with the final piece of whatever puzzle they were trying to solve in his absence. These shows exist to kiss the asses of people who approve shows.

"I'm glad you're back, boss," the underling will say. "There's no time for that!" the boss will say, cutting him off, firing up one of those gigantic wall-mounted display screens that are all the rage on crime shows these days, and pointing to a crucial detail the rest of the team overlooked because they're not as awesome as he is. "Hah! I knew it! 'Tribal nil' is an anagram for 'brilliant'!"

The autocratic mentor-leader with no time for pleasantries is a masturbation fantasy of super-rich producers, directors, studio executives and network suits. The archetype keeps showing up on-screen because it's an easy way to stroke the ego of a boss who's not very smart or self-aware. ("See, the FBI team is headed by this handsome, mysterious, brilliant guy in his 40s with this young, hot girlfriend ..." "I like it!") Roughly a third of CBS' prime-time lineup and a lot of Fox's has a Hollywood boss surrogate as its hero, and pretty much every other network and cable channel has its own versions scattered throughout the schedule. Laurence Fishburne on "CSI," Gary Sinise on "CSI: New York," David Caruso on "CSI: Miami," Forest Whitaker on "Criminal Intent: Suspect Behavior," Tim Roth on "Lie to Me," Hugh Laurie on "House" -- the list of examples is endless. Some of these guys have three dimensions (House is an especially well-drawn character), while others have maybe one-and-a-half.

Why am I griping about Hollywood power-trippers and their poisonous effect on pop culture? Because it's more fun than writing about "Breaking In" (9:30 p.m. Wednesdays/8:30 Central), the mediocre, plastic, utterly false new comedy premiering on Fox tonight -- a series that just happens to be built around an all-powerful alpha male jerkwad character.

Publicity materials describe "Breaking In" as "an offbeat half-hour workplace comedy about a high-tech security firm that takes extreme -- and often questionable -- measures to sell their protection services. Created by Adam F. Goldberg and Seth Gordon, the series centers on a team of uniquely skilled oddball geniuses hand-picked to work for a manipulative mastermind." The mastermind in question is known as Oz (get it?), and he's played by Christian Slater in that tiresome, vaguely lizard-y, fast talking mode that has been his stock-in-trade for a quarter century.

Oz appears mysteriously (of course) in the dorm room of a college hacker and hustler named Cameron Price (Bret Harrison). "Have a seat, there, champ," he says, startling Cameron, who had no idea he was even in the room.

"Who the hell are you?" Cameron sputters.

"I'm the guy telling you to sit your ass down, that's who I am," Oz replies. He's wearing sunglasses indoors. And he's got a cigar.

The plot, such as it is, has Oz and his team testing security for a luxury car dealership by trying to steal a car from its showroom. The team includes a hot chick who can pick locks (say that five times fast) and a pop culture addict who makes his entrance dressed as Han Solo. There's a mildly funny twist at the 20-minute mark, preceded by lots of jokes that would only make a Hollywood jerk laugh (luxury cars described as "panty droppers," the hero being casually threatened with prison rape and so forth). Yawn.

The supposedly great and powerful Oz has no discernible inner (or outer) life. He's just a fantasy of mastery, boring and empty even by the standards of half-hour escapist comedy. The only touch that seems halfway human is his fascination with ordering merchandise from Sky Mall; how much you wanna bet that detail was lifted from whoever the show's creators needed to ego-stroke in order to get a green light for "Breaking In"?

This is the sort of show networks put on the air when they've got nothing else.  I hope whoever said yes to it is happy.