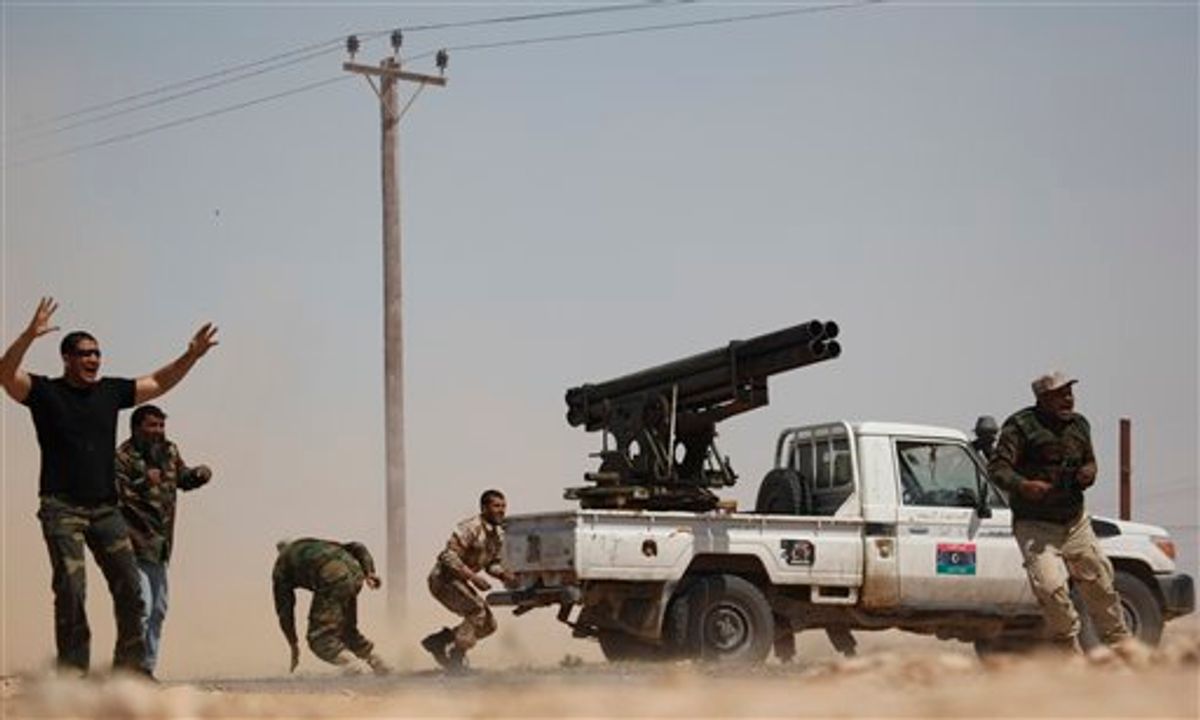 Libyan rebels fire a rocket launcher toward pro-Gadhafi forces along the front line near Brega, Libya Tuesday, April 5, 2011. Libyan government forces on Tuesday unleashed a withering bombardment of the rebels outside a key oil town pushing them back, even as the regime said Moammar Gadhafi might consider some reforms but would not stepping down. (AP Photo/Nasser Nasser) (AP)
--

Libyan rebel complaints that NATO has been slow to launch airstrikes are mounting as they try to fight their way back into the eastern oil port of Brega.

Juppe also says airstrikes have destroyed most of Gadhafi's aircraft and armored vehicles, making it difficult to distinguish his troops from the rebels.

To help avoid confusion, ex-military officers who have joined the rebels are trying to keep untrained fighters from the front lines as they press toward Brega. But that's causing tensions within the rebel ranks.