The real reason we rushed into (another) war 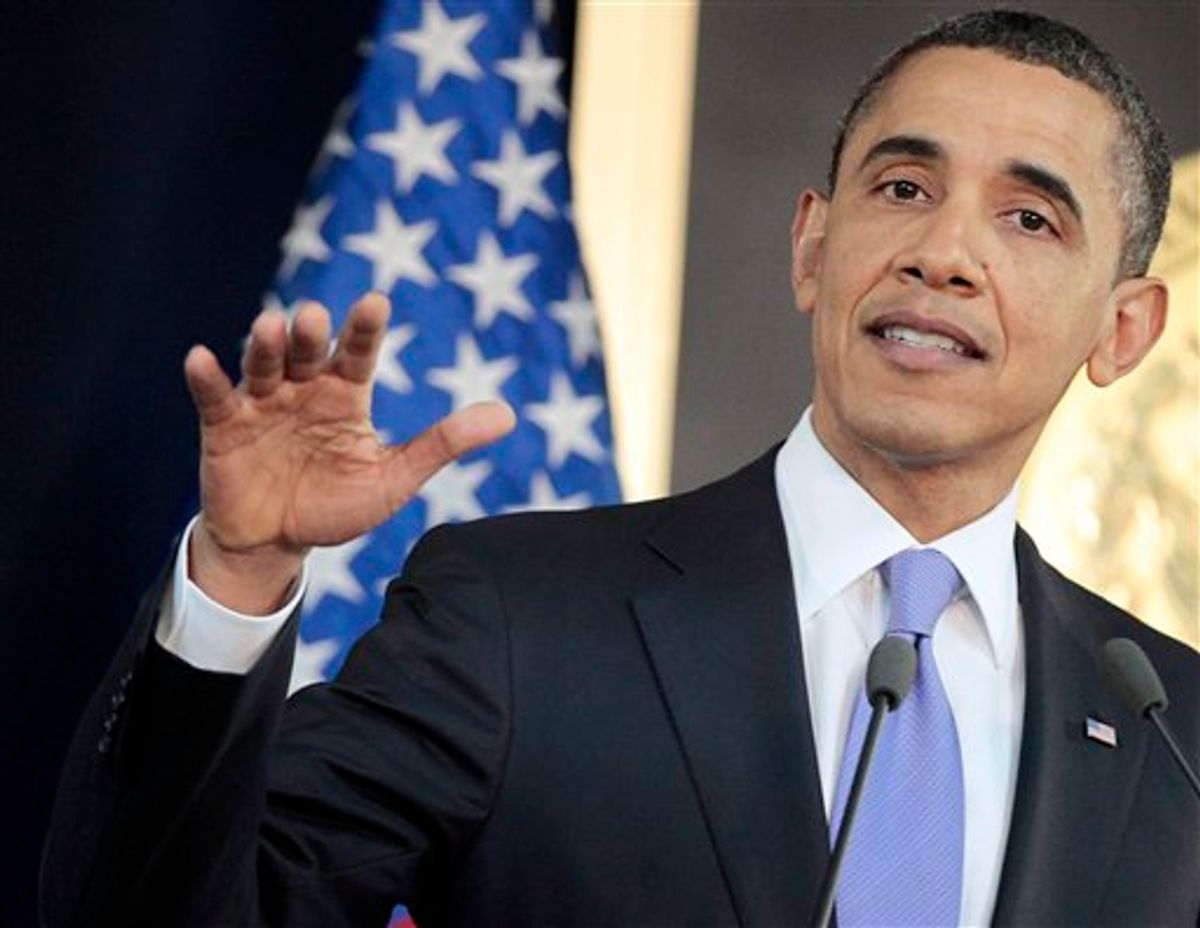 Forget the State Department-approved euphemisms: We all know that America is now at war in yet another corner of the Arab world. Granted, our newest and shiniest military entanglement differs in its particulars from Iraq and Afghanistan, but it's still jarring to watch American leadership leap once more unto the breach with such alacrity. Foreign policy commentator Steve Clemons, in a post titled "Obama Moved at Warp Speed on Libya," put the breakneck pace of events in perspective: Coalition forces, he writes, moved to impose a no-fly zone as little as 31 days after the initial outbreak of violence. In Yugoslavia, it took over a year.

Taking 31 days to formulate a response isn’t exactly "dithering," as some of Obama's critics initially characterized his response. In fact, even supporters of intervention should be struck by how quickly we dove in to such an open-ended (though, for now, ostensibly limited) commitment. With our military already overextended and our economy still far from healed, how is it that we committed to such a large gamble with so little hesitation or public debate?

Maybe it's because those in charge are gambling with other people's money. In the past month, both Ezra Klein and Kevin Drum have written solid pieces noting that the policy preferences of the poor and middle class have ceased to matter at all to either major American party. But whereas Drum and Klein addressed only how the outsize political influence of the rich affects economic and fiscal policy, Nobel Prize-winning economist Joseph Stiglitz noted that it also distorts how we go to war. In a recent piece for Vanity Fair, he wrote:

Inequality massively distorts our foreign policy. The top 1 percent rarely serve in the military -- the reality is that the "all-volunteer" army does not pay enough to attract their sons and daughters, and patriotism goes only so far. Plus, the wealthiest class feels no pinch from higher taxes when the nation goes to war: borrowed money will pay for all that. Foreign policy, by definition, is about the balancing of national interests and national resources. With the top 1 percent in charge, and paying no price, the notion of balance and restraint goes out the window. There is no limit to the adventures we can undertake; corporations and contractors stand only to gain.

In other words: The more powerful the rich have become, the more they've shifted the cost of war downward. And because the interests of the rich are effectively the only interests now being represented in government, politicians have no incentive to avoid policies that exert pressure on the middle and lower classes. For the people in charge, war has gotten cheaper than ever.

That makes the Obama administration's promises of a "limited engagement" hard to swallow. The official policy of the United States in Libya is regime change, and the Obama administration faces no formal or material constraint on its ability to escalate the conflict. Even if they were to deploy a significant ground force to Libya, the reaction from Congress would be feeble at best -- perhaps some symbolic outrage and an impotent, inconclusive Senate hearing.

That's why the White House has scarcely bothered to consult with the legislative branch while pursuing military intervention. Congress has spent the past few decades gradually ceding its capacity to conduct meaningful oversight on matters of war. After all, if it doesn't affect their constituency, why should it affect them? Better to have no say on the issue, so they won’t have a record their opponents can run against.

For these reasons, even supporters of intervention in Libya should be alarmed by the manner in which the United States now goes to war. Even if the rebels were to seize Tripoli with only modest American assistance, and even if they were to install a functioning liberal democracy in Gadhafi’s place, that would not change how America entered this conflict in the first place. Nor would it have any bearing on how we enter future conflicts.

Because no matter how the conflict in Libya ends, the rich will still be the only meaningful political constituency in this country. War costs them little. And until that changes, we can look forward to a continual state of war at the expense of everyone else.