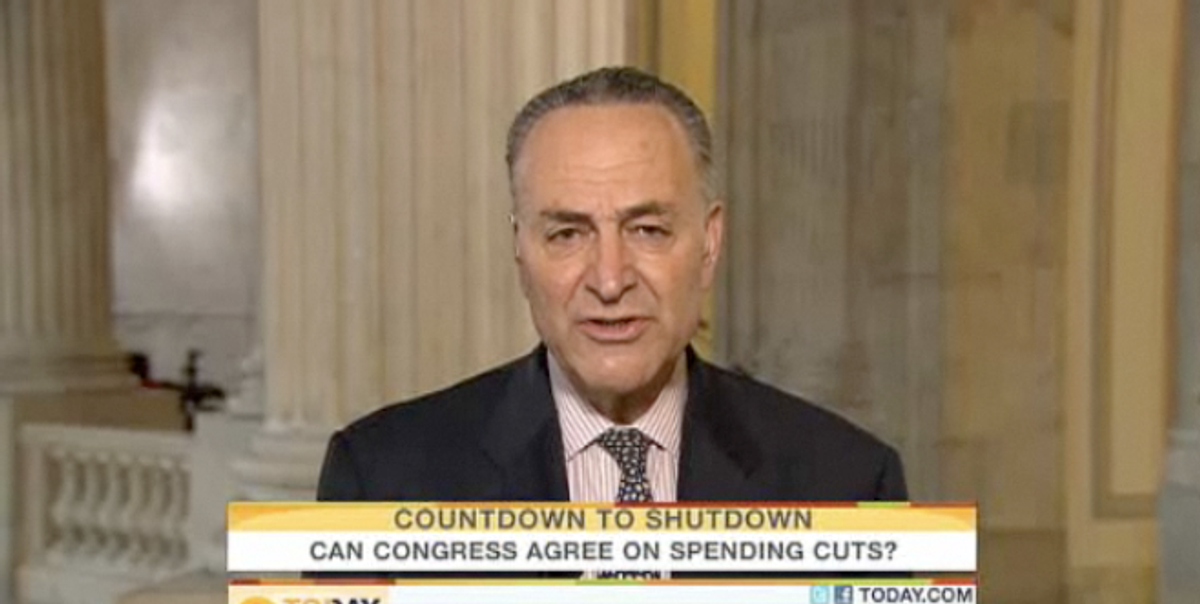 The Senate's third ranking Democrat says there's "a glimmer of hope" in talks to resolve a budget stalemate.

But at the same time, Sen. Chuck Schumer says the tea party will be to blame if negotiations fail and a government shutdown happens.

Schumer tells network interviewers he believes Republicans, driven by tea party supporters, are being unreasonable in the particular areas of federal spending that they want to cut. The New York senator tells NBC's "Today" show Wednesday that tea party-backed GOP lawmakers have demanded the cuts "be in a very small portion of the budget," such as student aid, scientific research and public broadcasting. But he also says "some progress was made" in talks on Capitol Hill late Tuesday night between House Republicans and Senate Democrats.