As tremors hit the stricken region, a new tsunami warning is issued for the coastal areas 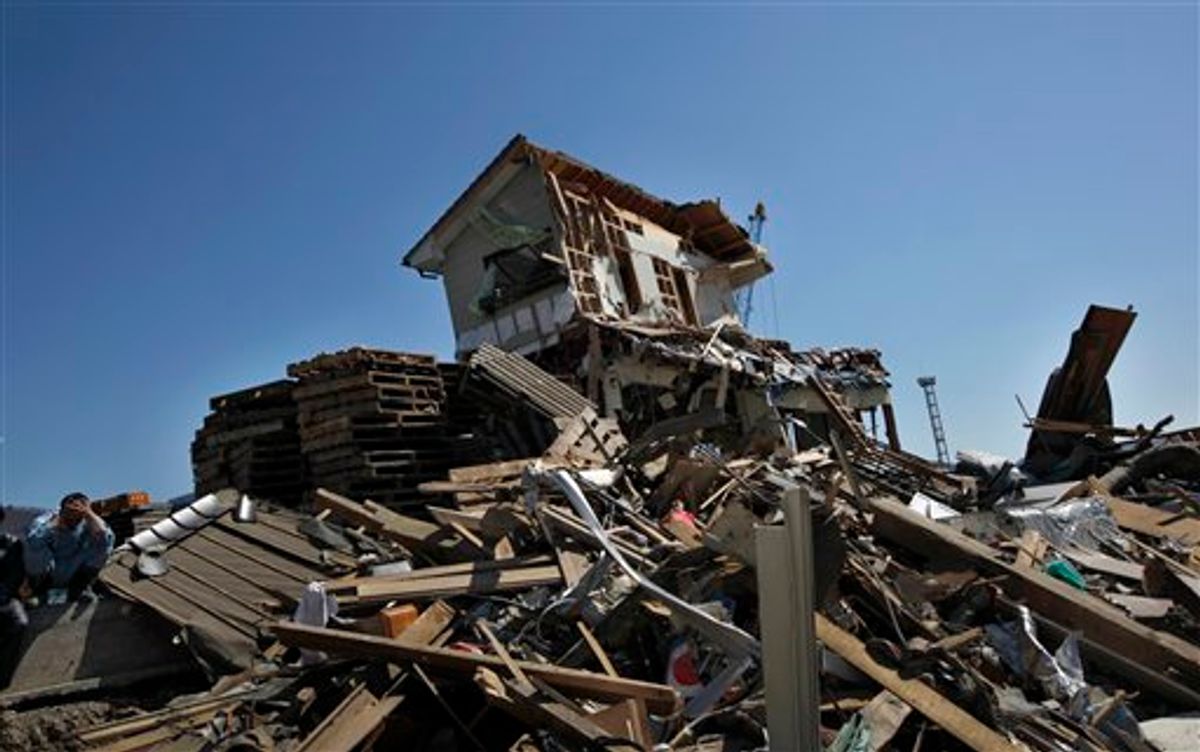 A worker of a fish market reacts in an area devastated by the March 11 earthquake and tsunami in Ofunato, Iwate Prefecture, northern Japan Wednesday, April 6, 2011. (AP Photo/Vincent Yu) (AP)
--

Japan was rattled by a strong aftershock and tsunami warning Thursday night nearly a month after a devastating earthquake and tsunami flattened the northeastern coast.

The Japan meteorological agency issued a tsunami warning for a wave of up to one meter. The warning was issued for a coastal area already torn apart by last month's tsunami.

Officials say Thursday's quake was a 7.4-magnitude and hit 25 miles (40 kilometers) under the water and off the coast of Miyagi prefecture. The quake that preceded last month's tsunami was a 9.0-magnitude.

Buildings as far away as Tokyo shook for about a minute.

The depth was 25 miles (40 kilometers). Shallower quakes tend to be more destructive.

Hundreds of aftershocks have shaken the northeast region devastated by the March 11 earthquake, but few have been stronger than 7.0.