Unemployment numbers fell three times in the past four weeks, in a sign the economy is improving 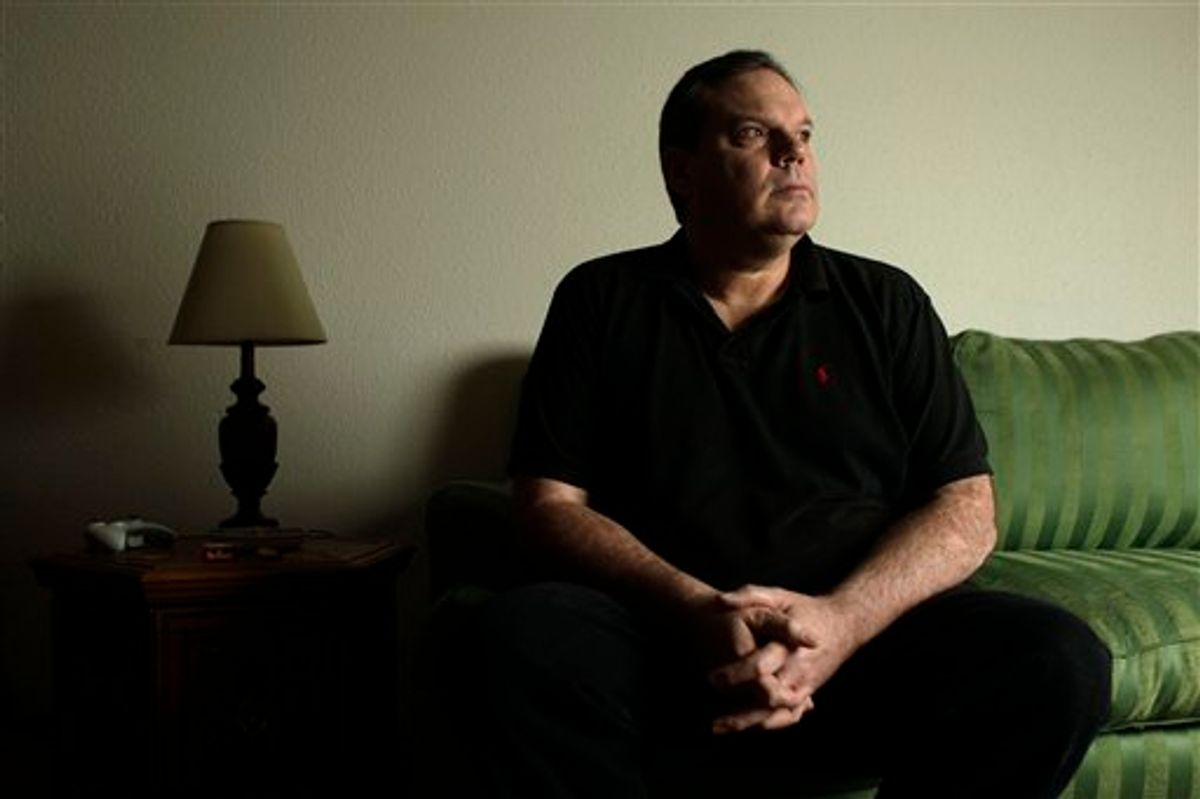 In a March 30, 2011 photo, Peter Gordon poses for a photo in his apartment, in St. Louis. Gordon, who has been out of work for a year, could lose his unemployment benefits in coming months because of efforts by several Republican Missouri state senators to block the use of an estimated $105 million of federal unemployment benefits. (AP Photo/Jeff Roberson) (AP)
--

Fewer people applied for unemployment benefits last week, a sign that layoffs are dropping and employers may be hiring more workers.

The Labor Department said Thursday the number of people seeking benefits dropped 10,000 to 382,000 in the week ending April 2. That's the third drop in four weeks.

The four-week average of applications, a less volatile measure, declined to 389,500. The average is just 1,000 above a two-year low that was reached three weeks ago.

Applications near 375,000 are consistent with a sustained increase in hiring. Applications, which reflect the pace of layoffs, peaked during the recession at 659,000.

The number of people seeking benefits has fallen for several months. The four-week average has dropped by 28,750, or nearly 7 percent, in the past eight weeks. At the same time, businesses are stepping up hiring.

Employers added a net total of 216,000 jobs last month, the Labor Department said last week, and the unemployment rate fell from 8.9 percent to 8.8 percent. Private employers added more than 200,000 jobs in both February and March, the biggest two-month gain since 2006.

The number of people collecting benefits also dropped. The total dipped slightly to 3.7 million during the week ending March 19, one week behind the applications data. That's the lowest total since October 2008. But that doesn't include millions of people receiving aid under the emergency unemployment benefit programs put in place during the recession.