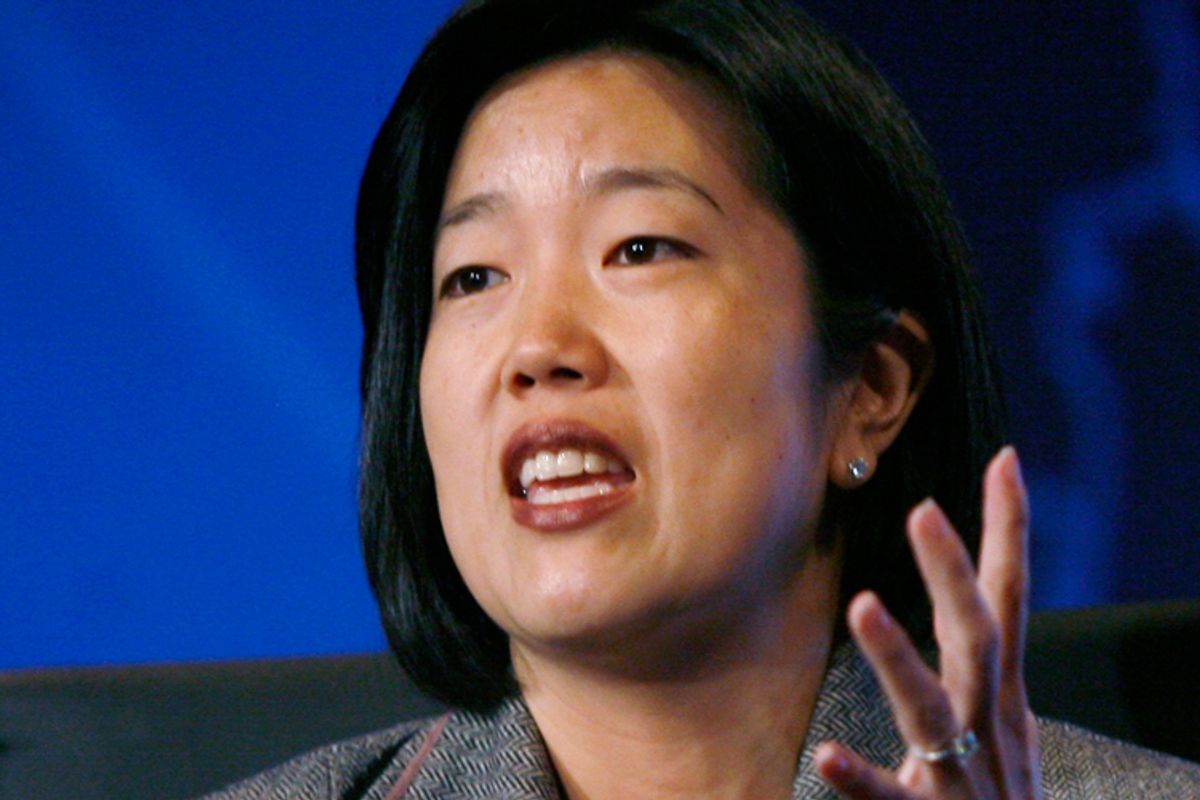 Except for weight loss potions, no area of American life is more prone to fads, panaceas and miracle cures than public education. Everybody agrees that schools are failing, and since everybody went to school almost everybody's an expert.

Naturally, it's assumed that the biggest experts are those with the most money. Hence the philanthropic enterprises of what Bob Somerby calls the "Billionaire Boys Club" draw outsize attention. Whether it's New York Mayor Michael Bloomberg or Microsoft's Bill Gates, the guy with the thickest wallet is assumed to have all the answers.

Even when that person's badly misinformed. Consider Gates' recent speech to the National Governor's Conference. "Over the past four decades, the per-student cost of running our K-12 schools has more than doubled," the great man claimed, "while our student achievement has remained virtually flat ... To build a dynamic 21st-century economy and offer every American a high-quality education, we need to flip the curve."

Alas, this is well-meaning demagoguery. Sure, costs are up. But so is overall student performance. According to National Assessment of Educational Progress (NAEP) -- the "gold standard" of educational testing -- American kids have actually done better in reading and math since about 1980. Richard Rothstein of the Economic Policy Institute summarizes the data:

You'd think this would be good news. But like TV evangelists, education reformers peddling miracle cures often exaggerate others' sins.

Before going further, it should be stipulated that nobody's yet found a means or motive for cheating on NAEP surveys.

That's definitely not so with regard to the kinds of tycoon-endorsed, multiple-choice testing regimens favored by educational celebrities like ex-Washington, D.C., public schools chancellor Michelle Rhee -- currently making TV appearances in support of a foundation she calls StudentsFirst.

MichelleFirst might be more accurate. Having appeared on the covers of both Newsweek and Time, the Cornell graduate starred in the pro-privatization documentary "Waiting for Superman." She rose to prominence largely due to her self-proclaimed brilliance as an elementary school teacher in inner-city Baltimore.

Not on any bell curve I've ever seen. If a basketball coach said something so improbable, skeptics would check the record.

Presumably because Rhee's tale fits so conveniently with Jeffersonian idealism that sees potential genius everywhere, it was treated as gospel throughout the national media. Philanthropists like Bloomberg and Gates appear to have swallowed it whole.

Until Rhee antagonized many educators by running Washington schools like underperforming Wal-Mart outlets, that is: Scolding teachers as lazy, incompetent and worse, hiring and firing left and right.

See, the latest panacea is all about running schools like businesses: Top-down management, strict accounting, merit pay; basically, talking about opportunity and equality, but acting like Donald Trump.

During three tumultuous years as chancellor, Rhee sacked dozens of principals and over 600 teachers until D.C. voters turned Mayor Adrian Fenty out of office in an election in which her tenure was a major issue.

Ah, but Rhee had become famous for making the trains run on time, handing out $1.5 million in bonuses to principals and teachers of Washington schools that produced dramatic jumps in student achievement.

Except now it appears she really didn't. An exposé by USA Today reveals that scores of high-performing Washington schools displayed "extraordinarily high numbers of erasures on standardized tests. The consistent pattern was that wrong answers were erased and changed to right ones."

Furthermore, "[a]mong the 96 schools that were then flagged for wrong-to-right erasures were eight of the 10 campuses where Rhee handed out so-called TEAM awards." Although Rhee and current D.C. school officials declined comment, the newspaper interviewed parents who'd become suspicious when their struggling children brought home sky-high test scores.

"This is like an education Ponzi scam," a teacher's union official told USA Today. "If your test scores improve, you make more money. If not, you get fired. That's incredibly dangerous."

Oh, and the Baltimore miracle? Confronted with contemporaneous test scores dug up by a skeptical teacher, Rhee admitted to the Washington Post that she’d soften that 90th percentile business to "significantly."