And more of those who oppose interracial marriage have a favorable view of Sarah Palin, a new poll reports 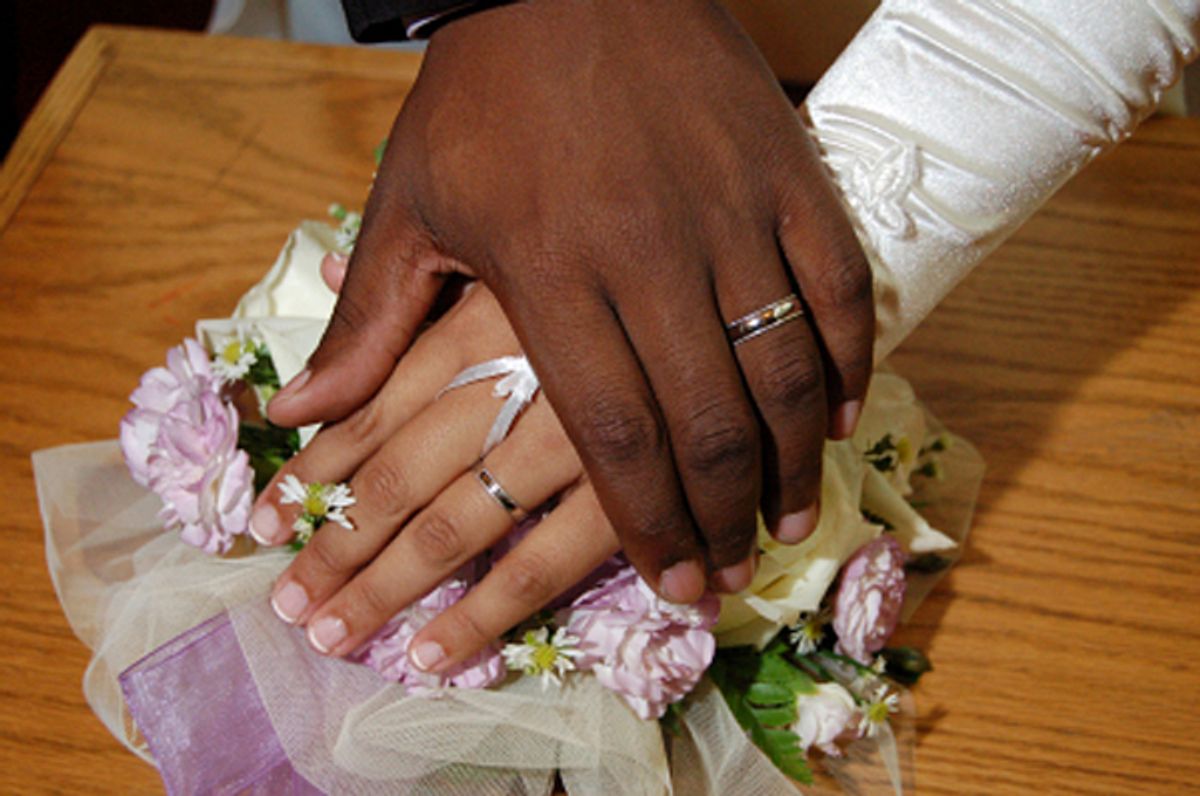 The Dem-leaning firm Public Policy Polling has a new survey out that's sure to raise some eyebrows.

When usual Republican primary voters in the state of Mississippi were asked if they think interracial marriage should be legal or illegal, a whopping 46 percent said it should be illegal, compared to 40 percent who think it should be legal. The remaining 14 percent were unsure.

PPP also breaks down how these voters view the GOP presidential field, with some interesting results. Here's how those respondents would vote: As PPP's Tom Jensen notes, there are some interesting differences between the candidates' favorability ratings when broken down according to respondents' views of interracial marriage:

Dustin Ingalls, assistant to the director at PPP, tells me that the firm also asked non-Republican voters the interracial marriage question, and he expects those results will be released sometime in the future. He added that PPP also asked whether respondents believe the right side won the Civil War. Those results should also prove interesting.