The real madness of March 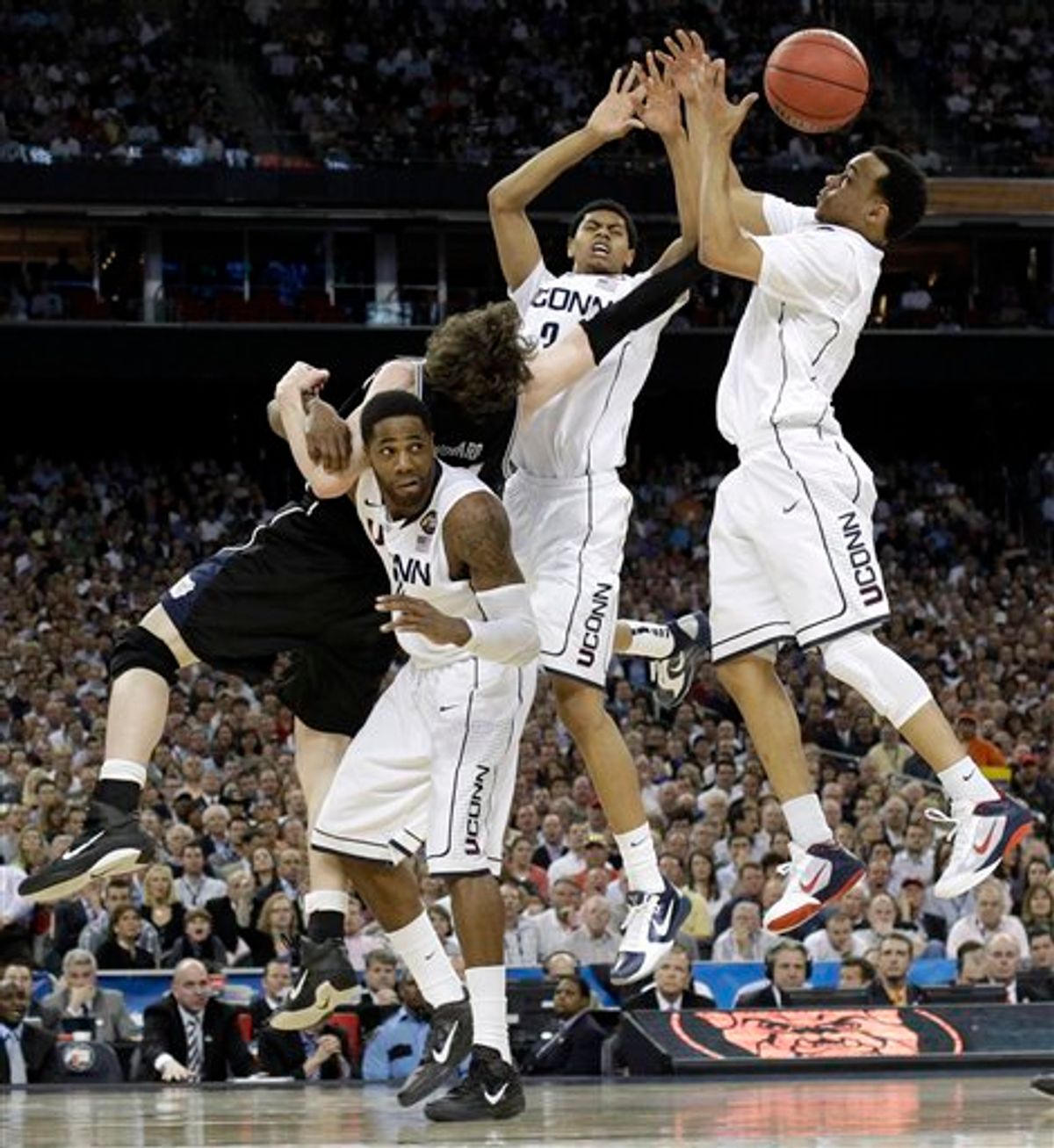 Lowell Bergman is the rare skunk who regularly finds his way into the power elite's garden parties. As tobacco executives celebrated huge revenues in the 1990s, he was the journalist whose reporting about cancer and nicotine addiction stopped the festivities. As credit card executives toasted their holiday-season profits, his 2004 New York Times investigation humiliated the lending industry by showing how it traps unsuspecting consumers in perpetual debt. So it was no surprise that as the sports establishment concluded its perennial orgy of profit known as March Madness, Bergman was at it again, this time exposing the corruption beneath all the school spirit.

In Bergman's damning special now available on PBS's "Frontline" website, viewers are shown the side of "amateur" athletics that's almost never discussed inside the beery bubble of sports media. We see, for instance, an NCAA that makes billions off television contracts, while student athletes receive only a tiny fraction of that revenue in the form of scholarships. We see coaches making millions off long-term contracts, while players remain perpetually at risk of losing their meager financial aid. We see, in short, an Athletic-Industrial Complex that turns schools into support systems for sports -- rather than the other way around.

Commenting on the perverse situation, fellow investigative journalist Michael Lewis told Bergman that the typical fan "shouldn't care unless you have some weird obsession with justice." But that's not true in the age of strapped budgets and skyrocketing tuition. Fan or not, justice fetishist or otherwise, the scandal should concern every American taxpayer because we're all paying a price.

Today, the vast majority of college athletic departments run operating deficits. In 2009 alone, that meant "about $1.8 billion in student fees and university funds went to cover gaps," according to USA Today -- and much of those fees and funds are those of taxpayer-owned public universities. These deficits are particularly stunning considering A) the NCAA is raking in so much TV cash, B) those NCAA revenues are tax exempt -- i.e., tax subsidized -- under higher ed's nonprofit status and C) federal taxpayers are additionally supporting athletic departments by classifying boosters' donations as tax exempt.

Some of the deficits, of course, come from schools funding non-commercial sports that are net money-losers. But many of the budget gaps come from exorbitant pay packages, as high-profile coaches regularly make six- or seven-figure salaries. Indeed, while politicians have lately demonized $40,000-per-year grade-school teachers as the education system's overpaid greedheads, college coaches are often the highest-paid government employees in our public school systems, with USA Today reporting that "among public schools in the NCAA's top-level Division I, coaches' compensation is now the biggest hit on the budget."

The NCAA champion University of Connecticut Huskies exemplify the problem. The New Haven Advocate reports that as the school continues pleading poverty to justify raising tuition on the state's residents, an audit found those student fee increases are annually back-filling $7.5 million of the athletic department's budget. That public subsidy goes to pay the $10.5 million the university spends on coaches‘ salaries, including basketball coach Jim Calhoun's $2.3 million annual haul. And that’s on top of the millions taxpayers shelled out on the university's football complex.

As Bergman's PBS report documents, UConn's story is being replicated all over America. It's a story of unbridled avarice that gives the NCAA basketball tournament's "madness" motto a double meaning -- a story you may not hear beneath the cheering throngs, a story you may not want an old-school gumshoe like Bergman to tell you about, but a story we'll continue to pay for unless we wake up and end the insanity.