About 3,000 protesters have taken to Tahrir Square again to call for a trial for their former president 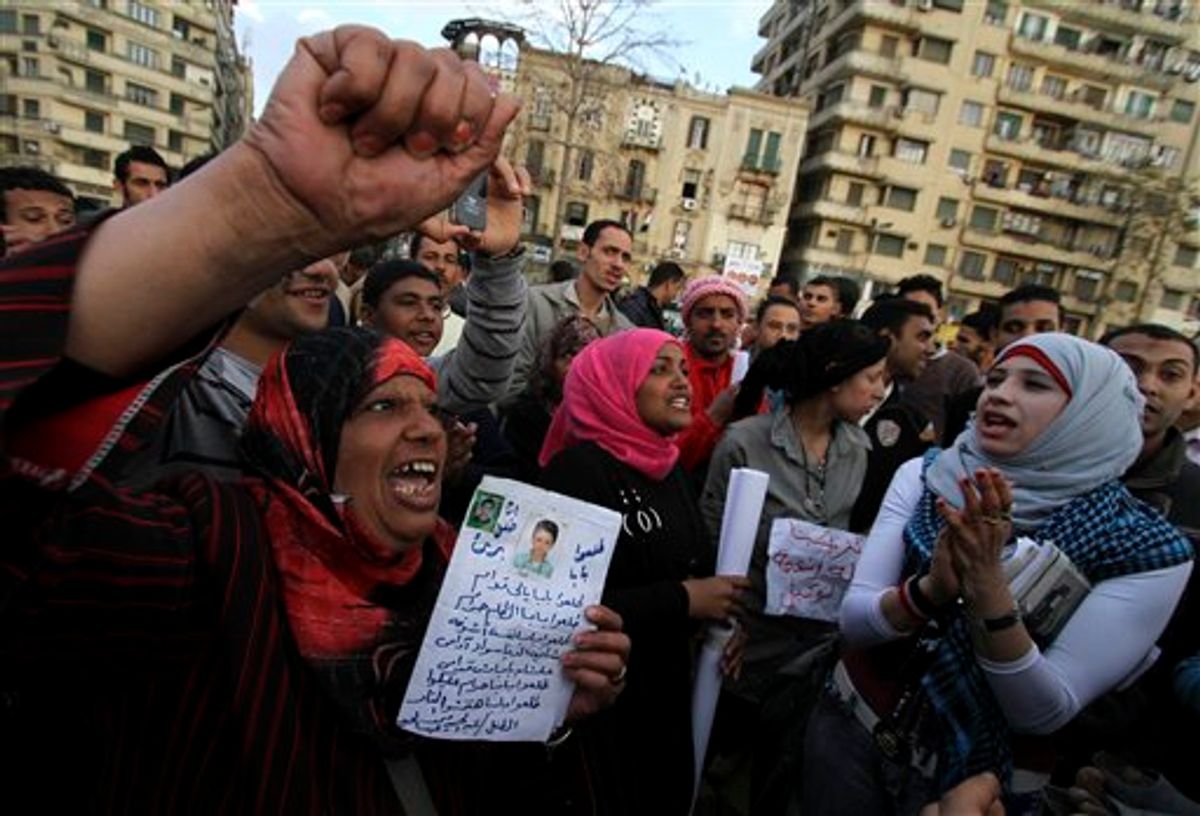 Egyptians chat slogans as they demonstrate calling for taking the ex-President Hosni Mubarak, to the court, in Tahrir square in Cairo, Egypt, Monday, April 4, 2011. During the recent mass uprising by the civilian population, as much as fifty percent of police disappeared from Egyptian cities and their withdrawal has created a security vacuum, letting crime flourish. (AP Photo/Khalil Hamra) (AP)
--

About 3,000 Egyptians are protesting in Cairo's central Tahrir Square holding banners and signs demanding prosecution of ousted president Hosni Mubarak and his regime.

One speaker in the square has vowed, "We are not leaving here until Mubarak is on trial," as the crowd chants, "The people want to try the deposed president."

Activists have called for a large gathering Friday to push for prosecutions of key members of the former regime, including Mubarak and his family, who are now under house arrest at a presidential palace in the Red Sea resort of Sharm el-Sheikh.