Media uncritically reports that the Donald sent detectives to probe President Obama's birth, despite no evidence 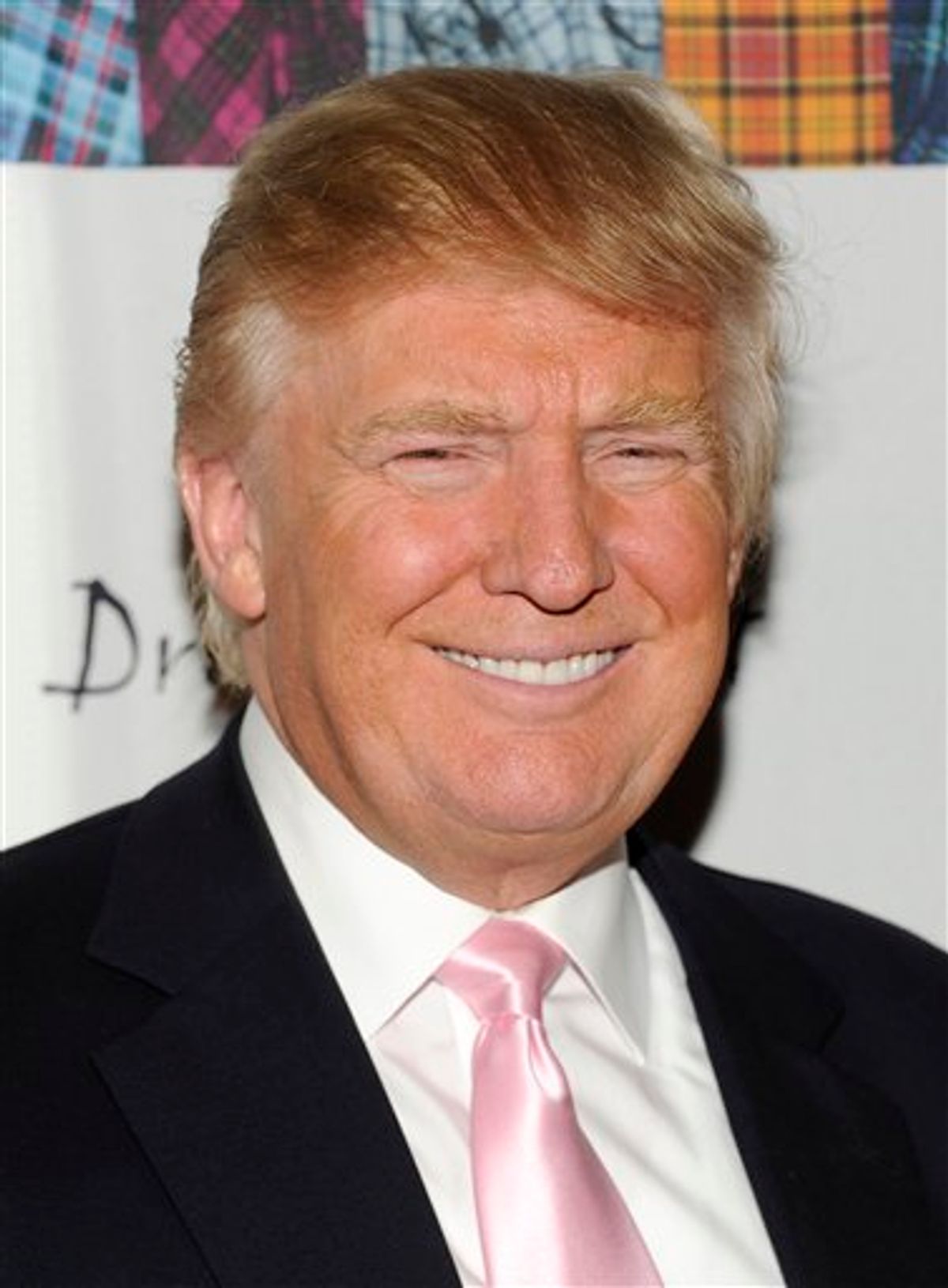 Donald Trump's claim that he dispatched private investigators to Hawaii to look into President Obama's birth has been repeatedly printed as fact in the media despite zero evidence that he has done any such thing.

Here, for example, is how CNN is playing Trump's comments, which he made Thursday on the "Today" show:

Self-proclaimed birther Donald Trump is now so doubtful of President Obama's birthplace that he's sent a team of his own investigators to Hawaii in hopes of getting to the bottom of the issue.

That's according to Trump himself, who, in an interview with NBC, warned his investigators just might uncover "one of the greatest cons in the history of politics and beyond."

This is stenographic journalism at its worst. The problem is that Trump has historically not been a credible source. He has a history of making disputed claims about his net worth as well as perennially flirting with presidential candidacies before reliably pulling out. (And, of course, he is now trumpeting the debunked conspiracy theory that President Obama was not born in the U.S.)

If media organizations must report Trump's claim about sending investigators to Hawaii , they should make it very clear that he has offered no evidence. In the "Today" show interview, Trump said, "I have people that actually have been studying it and they cannot believe what they're finding." Asked by Meredith Vieira if he meant he has people in Hawaii, he said: "Absolutely."

The tale has been reported widely, and generally without any scrutiny. Here's the Daily News: "Donald Trump, wannabe President: I've sent investigators to Hawaii to look into Obama's citizenship." Fox News: "Trump Sends Investigators to Hawaii." The Australian: "Donald Trump detectives delve into President Barack Obama's birth." Trump's claim was also repeated by ABC and the New York Times and others.

The irony here is that at the same time Trump is demanding evidence about Obama's birth (which exists in ample quantities), he is making an evidence-free claim that has been mindlessly repeated in the media.

I asked Trump aide and spokesman Michael Cohen for more details on the investigators who have supposedly been dispatched to Hawaii. Said Cohen: "You have got to put yourself in someone else's shoes. If you were running an investigation, would you provide that type of information?"

"The amount of questions in regard to who they are, how much he's paying them, and what have they found so far -- this isn't something he's going to hand out willy nilly," Cohen said. "When he's ready, he'll let you know." He then added: "I don't think that he's going to be commenting."

Is it possible that Trump sent investigators to Hawaii? Sure. But until Trump offers some -- any -- evidence, skepticism is called for.