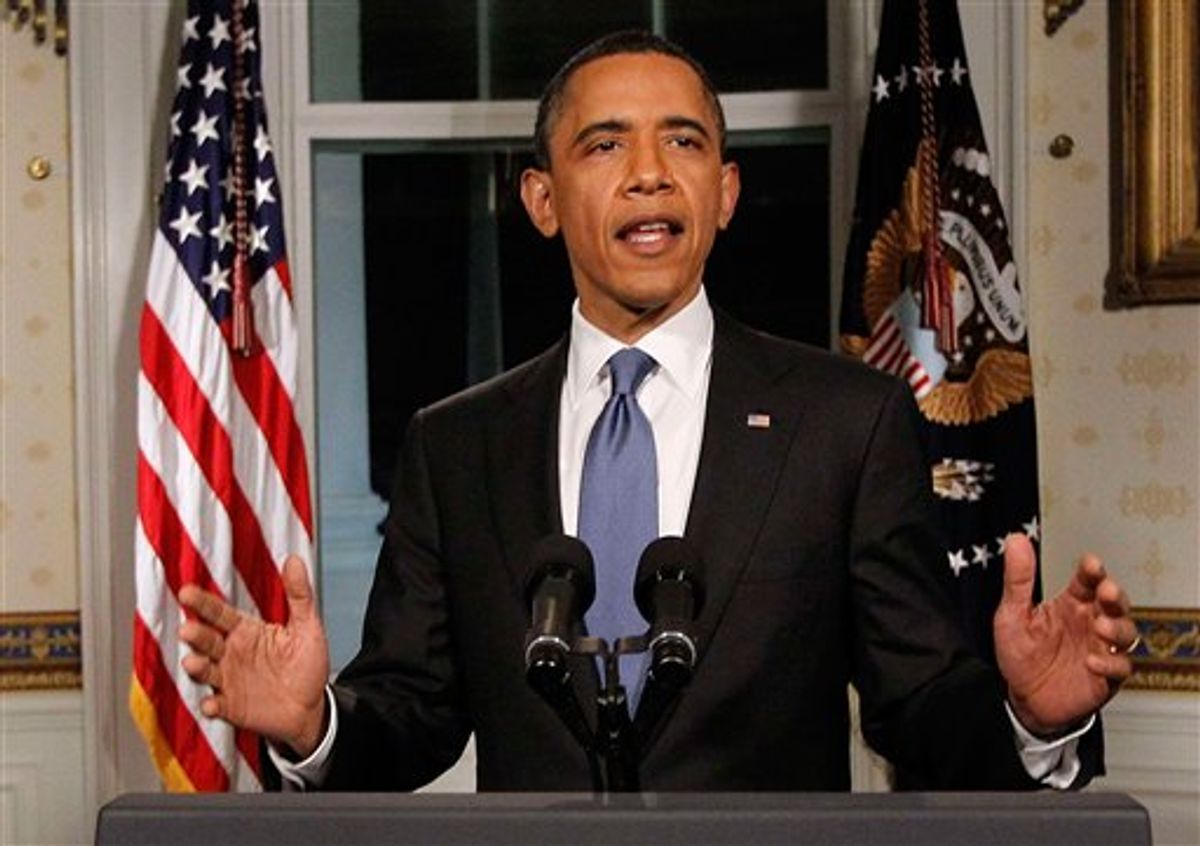 President Obama poses for photographers in the Blue Room at the White House in Washington after he spoke regarding the budget and averted government shutdown after a deal was made between Republican and Democrat lawmakers, Friday, April 8, 2011. (AP Photo/Charles Dharapak) (AP)
--

President Barack Obama has signed a short-term spending bill to pay for federal operations through Friday.

The measure is the first piece of a historic agreement to cut billions in spending and avoid the first government shutdown in 15 years.

Obama signed the temporary extension in private Saturday and the White House announced it with a news release.

The measure was needed to keep the government open long enough for Congress to sign off on the budget deal reached just before the midnight deadline Friday by Obama, Republican House Speaker John Boehner and Democratic Senate Majority Leader Harry Reid.

That deal keeps the government open through the remaining six months in the 2011 budget year, while cutting $38 billion.