President will unveil plans this week for long-term deficit reduction 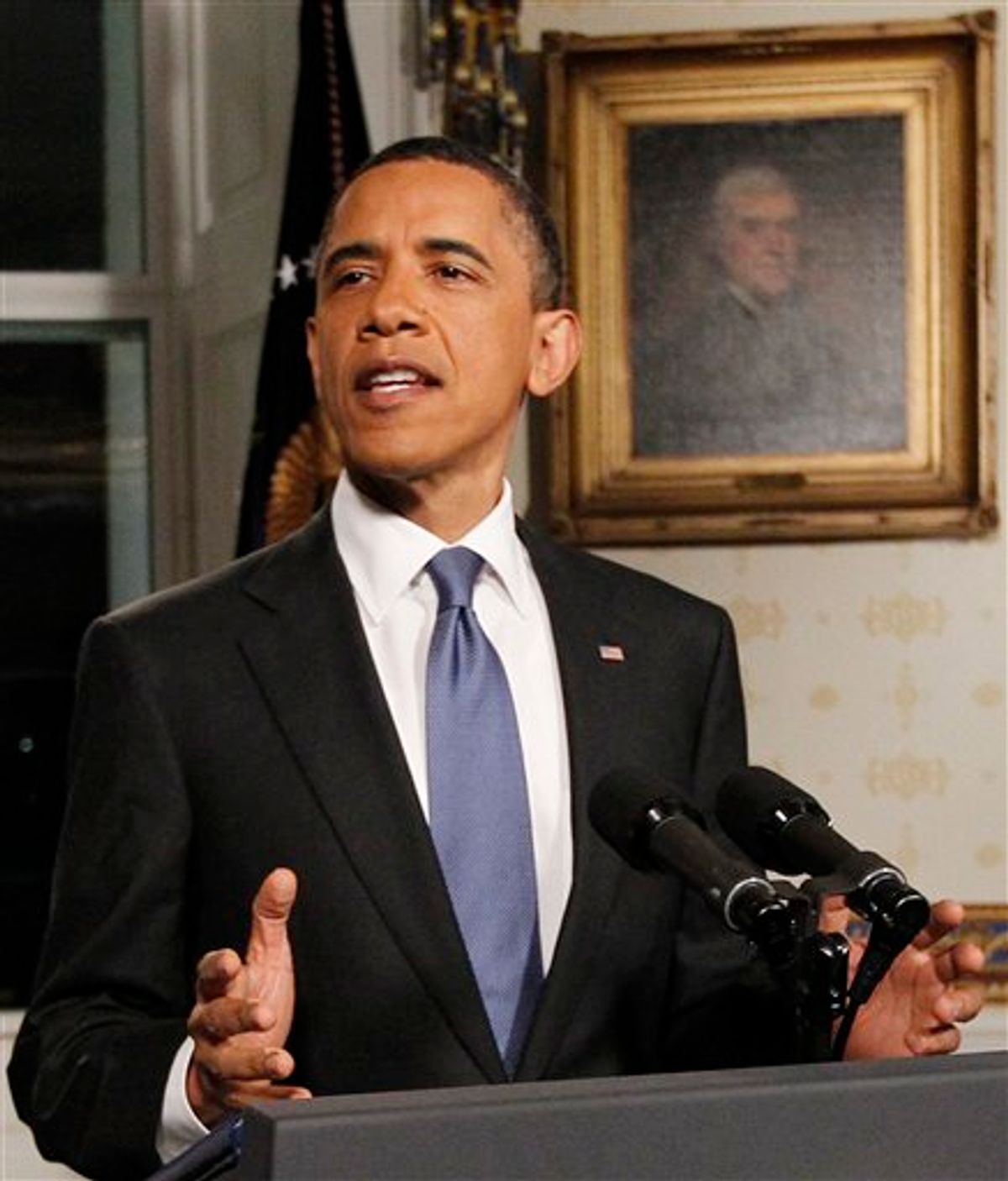 President Obama poses for photographers in the Blue Room at the White House in Washington after he spoke regarding the budget and averted government shutdown after a deal was made between Republican and Democrat lawmakers, Friday, April 8, 2011. (AP Photo/Charles Dharapak) (AP)
--

A top White House political and economic adviser says President Obama will lay out new plans this week to reduce the federal deficit.

Plouffe is giving few specifics on what Obama will announce, but he says that the president believes taxes should go up on higher-income Americans. He also says that the Republican budget plan offered this week by congressman Paul Ryan of Wisconsin may pass the House but won't become law.