GOProud, the LGBT group that doesn't make a fuss about LGBT issues, is still not quite welcomed by the right 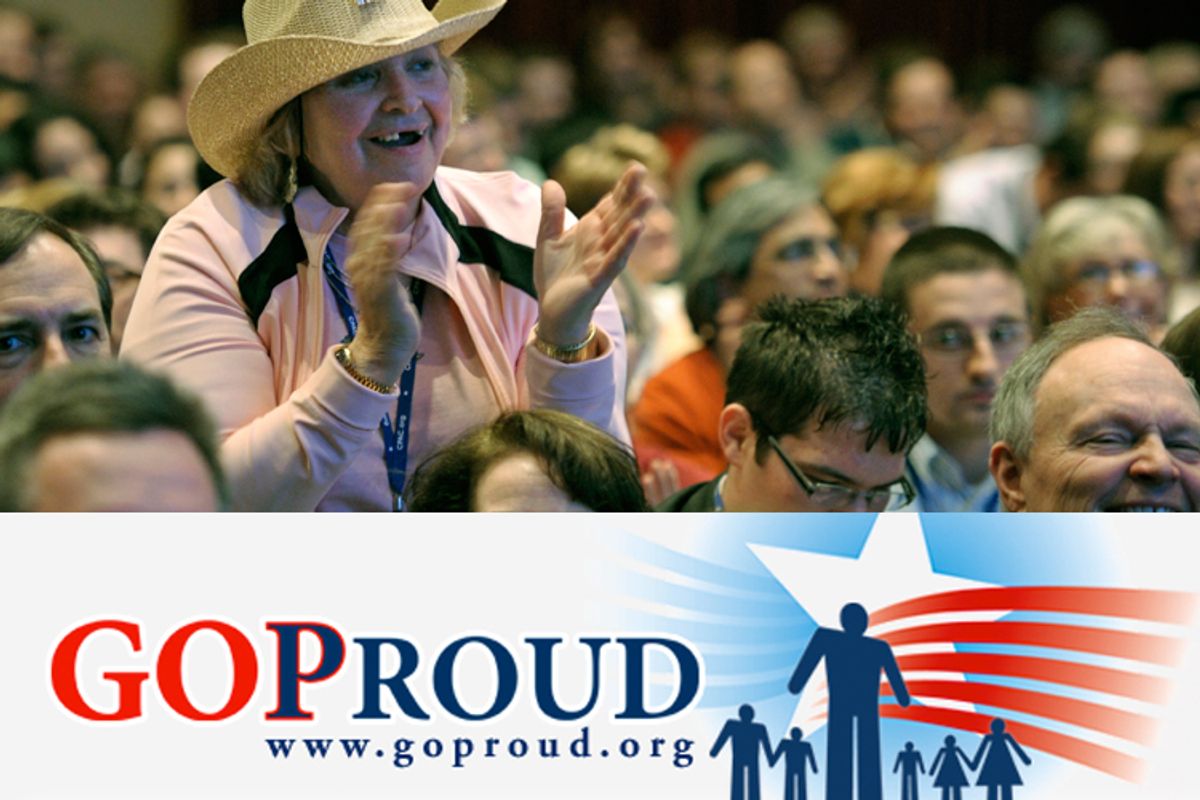 Gay Republican group GOProud -- a political organization dedicated to not pushing the whole gay rights issue -- caused a bit of a stir earlier this year by ... existing, and having a booth at CPAC, the conservative activist conference where the GOP elite meet to giggle at Ann Coulter's annual comedy performance. Because, see, GOProud is gay, and while its legislative agenda does not really include much icky gay stuff (unlike the agenda of the Log Cabin Republicans, who are decidedly not welcome at CPAC), GOProud's compulsive need to tell everyone that they're gay is a total affront to traditional conservative values. Values like not ever telling anyone, not even your wife, that you enjoy having sex with men.

Al Cardenas, the new chairman of the CPAC-organizing American Conservative Union, shares your concerns about the excessive pride of GOProud:

Reviewing the recent national CPAC, Cardenas addressed the controversy surrounding participation [with a booth in the exhibit hall] by the Republican gay group GOProud. He feels “the problem is that GOProud didn’t help us any in being inclusive, because they used that platform to be quite aggressive [outside CPAC]. They started taunting some of our board members.”

“The ideal GOProud participation would have been, ‘You know what, guys? This is an inclusive society. We’re as interested in these fiscal issues as you are. Fill your website with fiscal issues that you’re for and be a mainstream discusser of issues. We just happen to have a different lifestyle.’ And if they’d done that, they would have laid the groundwork for things that would have been pretty good.’”

That second paragraph is exactly what GOProud does -- the website is devoted to "fiscal issues" like Paul Ryan's apocalyptic budget and "school choice," and gay rights only come up when they're talking about bombing Middle Eastern countries, to protect gay people from Muslims -- but despite that, there is something too ... "aggressive" about them. GOProud really should've been much more quiet and "mainstream," if you know what Mr. Cardenas is saying. (He is saying that there is absolutely no room for even the most conservative of openly LGBT people in the conservative movement.)