After a week of heavy fighting, Laurent Gbagbo was captured by French soldiers and Ouattara loyalists 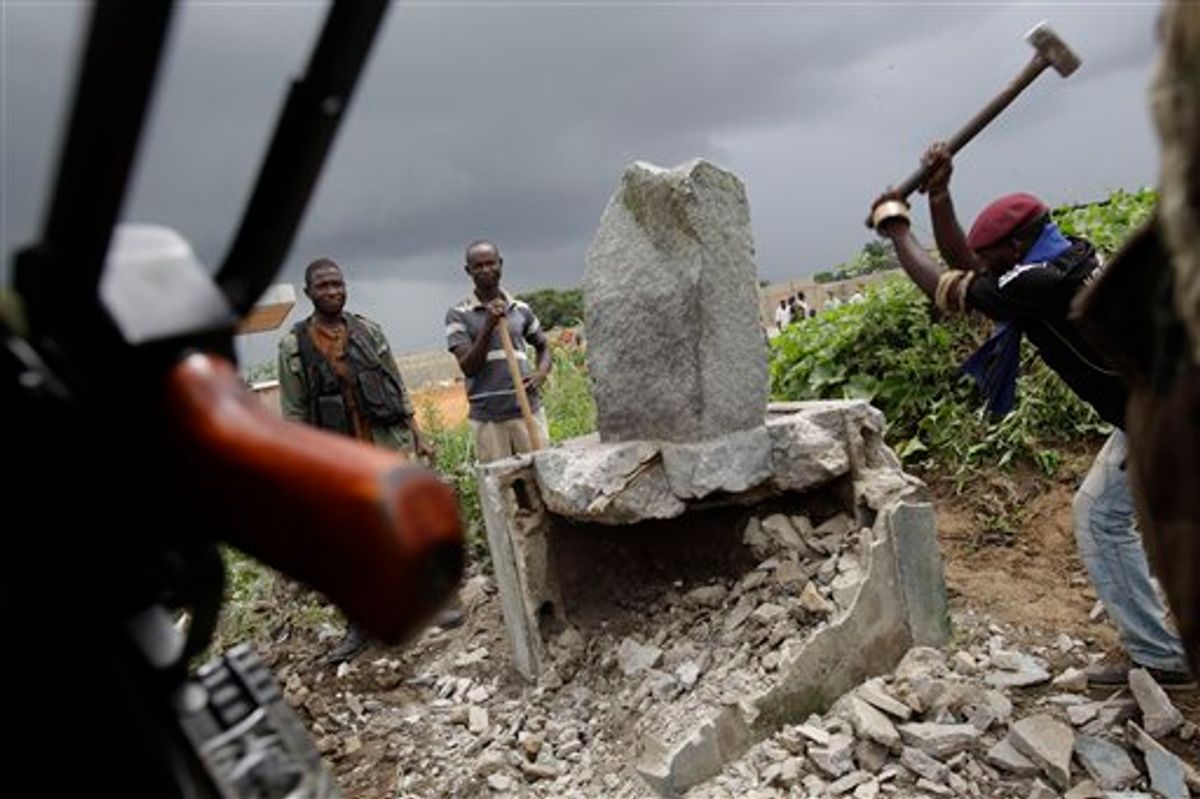 A soldier allied with Alassane Ouattara knocks down a monument believed to mystically provide strength and support to Laurent Gbagbo, in the Youpougon neighborhood of Abidjan, Ivory Coast, Sunday, April 10, 2011. Human Rights Watch, in a report obtained by The Associated Press late Saturday, called on Alassane Ouattara to investigate and prosecute abuses by his forces and those supporting his rival, strongman Laurent Gbagbo. (AP Photo/Rebecca Blackwell) (AP)
--

ABIDJAN, Ivory Coast (AP) -- After a week of heavy fighting, forces backing Ivory Coast's internationally recognized leader on Monday arrested strongman Laurent Gbagbo after he refused to leave the presidency, French diplomats said. He was seen soon after in a hotel guarded by U.N. peacekeepers.

An eyewitness at the Golf Hotel where election winner Alassane Ouattara had been trying to run the presidency said he saw Gbagbo, his wife and son enter the hotel around midday Monday. The witness spoke on condition of anonymity because of the sensitivity of the matter.

The capture came after French military forces in this former French colony deployed tanks for the first time near a bunker at the presidential residence where Gbagbo had reportedly been hold up with his family.

"There wasn't one single French soldier at the residence of Laurent Gbagbo," he said.

Late last month forces backing Ouattara began an offensive to oust him. U.N. and French forces joined the effort last week to force Gbagbo from his bunker in the presidential residence in Abidjan, Ivory Coast's most important city.