In defense of wandering eyes 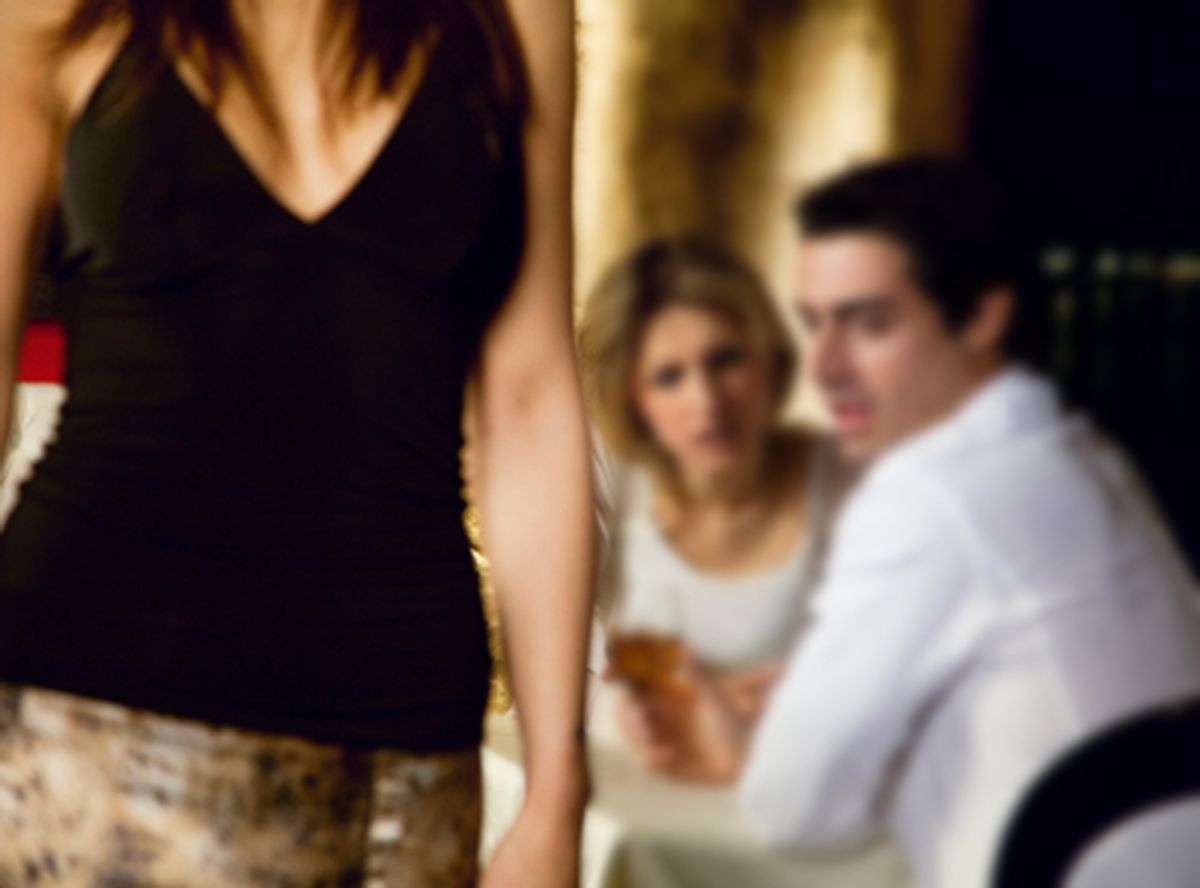 It's a cliché setup: A woman catches her boyfriend staring slack-jawed at another lady and smacks him on the arm. How dare he let his animal impulses show through their tenuous pact of monogamy. This familiar sitcom scenario is backward -- and not just in the sense that it plays up the stereotype of the crazy-jealous girlfriend. It turns out that trying to punish a significant other when his or her eyes wander might actually backfire and encourage infidelity, according to a study published in this month's Journal of Personality and Social Psychology.

Researchers subjected a bunch of undergrad guinea pigs to a computer game involving photos of strangers, followed by a questionnaire. When their attention to photos of attractive members of the opposite sex was "subtly limited" in the game, it "reduced relationship satisfaction and commitment and increased positive attitudes toward infidelity." The study explains, "Being told simply not to look is probably not an effective strategy for boosting satisfaction and commitment or reducing interest in alternatives" -- and it's for the same reason that telling a kid to keep his hands off the cookie jar doesn't reduce his interest in sweets. "The story of Adam and Eve and the forbidden fruit underscores a general human tendency to want what we can't have," says researcher Nathan DeWall.

Instead of a slap on the wrist when your significant other ogles a stranger, the researchers conclude ever so scientifically that a more effective approach "involves working on enhancing relationship processes that naturally lead to decreased attention, such as focusing on positive aspects of one's partner" -- which is, of course, easier said than done. The potential implications here are greater than just how to act when a sexy stranger catches your partner's eye when strolling down the street, though. You need not be a Dr. Phil enthusiast to know that couples get into epic wars over all sorts of perceived sexual threats -- from porn to opposite-sex friendships. Not only are these crusades exhausting, but they might also be self-defeating.