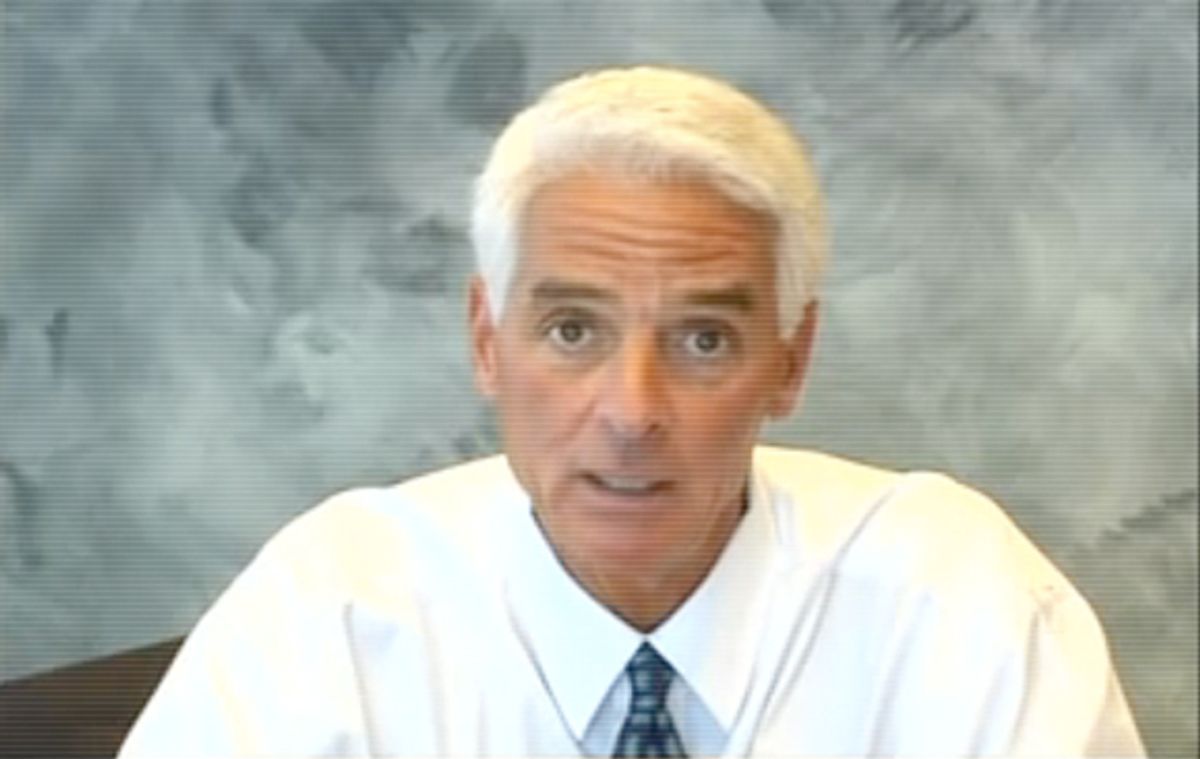 While he was running for U.S. Senate, Crist used the Talking Heads song "Road to Nowhere" in a campaign ad, but he neglected to actually seek permission. Byrne sued him, and this, apparently, was part of the settlement.

Not long ago, Crist was a superstar governor and rising star in the Republican Party. Then the "Tea Parties" happened, Crist was forced out of the party, and he lost what should've been an easy Senate race to upstart Marco Rubio.

Oh, look, Mr. Byrne has already posted his gracious acceptance of this apology: