"Deadliest Catch": A workplace drama on the high seas

Beneath the tense and often terrifying action, Discovery's unscripted series is about bosses, employees and profits 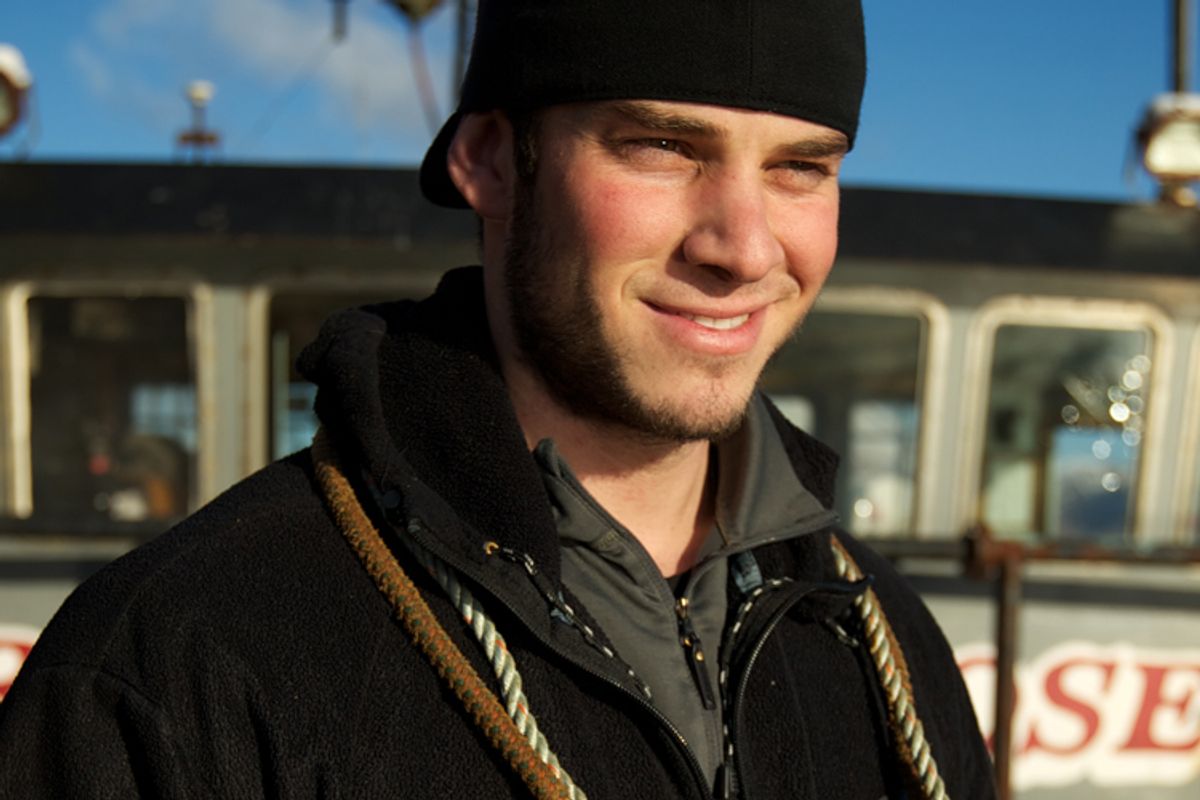 Why is "Deadliest Catch" so engrossing? For starters, it's as exciting as a documentary series can be without tipping over into hype. The adjective "documentary" is a part of the appeal, too. I use that term rather than "reality show" or "unscripted series" because it isn't devising a ridiculous situation and populating it with silly people; the filmmakers are shooting a real event, then editing the footage into a cohesive story with subplots and cliffhangers. As I wrote in a 2010 piece about the series, the fishermen on the show work so hard, and under such dangerous conditions, that they don't have the time or mental energy to construct a phony screen persona and sustain it for months. Their first priority is trying not to get killed.

But there's another layer that might be just as important to the show's success: "Deadliest Catch" (Discovery, Tuesdays 9 p.m./8 Central) is a fantastic series about work. The fishing trawlers compete to see which of them can make the biggest haul during a season, but while the show periodically tells us who's up and who's down, "Deadliest Catch" never makes too big a deal of the horse race aspect, and there are long stretches where you just don't think about it, because whatever's happening on the deck of an individual ship is more pressing. The boats are small businesses with bosses and employees and material costs. A crew's quest to turn a profit, or at least return home without a loss, is the true center of the series -- and that's usually bound up with the captain's strategy; he must decide where to fish and how long to stay there, then deal with wild card factors such as equipment failure, injured or incompetent crew, and murderous weather. (Keith Colburn, the captain of the Wizard, describes Bristol Bay, the site of his ship's fishing expedition, as "a giant funnel" whose topography generates merciless tides. That's something I never have to contend with when I'm typing out my TV reviews.)

There are plenty of conventionally thrilling moments in tonight's premiere, including an attempted Coast Guard rescue of a deckhand with a broken neck that serves as an episode-ending cliffhanger. But the most excruciating sequence occurs on a boat that's not even on the ocean yet: the Cornelia Marie, which is still reeling from the death of its captain, Phil Harris, who had a stroke on camera last season.

Captain Phil's replacement, Derrick Ray, starts the show in good spirits, even though the season has already begun and the boat hasn't put out to sea yet; he was hand-picked by Harris' two sons and heirs, Josh and Jake Harris, and he's been reassured that Jake, who confessed a drug problem last year, is clean now. But then Jake and another crew member disappear during the middle of a work day, supposedly to get a post office box key replaced. The errand should take less than an hour, but they return two-and-a-half hours later. The captain grows more irritable by the second, not just because he has no idea where the men are and why they're taking so long, but because their absence causes the present crewmen to work harder. Derrick's explosion of rage when the men finally return is electrifying and totally justified. (You can't help but notice that Jake avoids the brunt of the captain's wrath, most likely because he owns one-quarter of the boat and is thus technically the captain's employer.)

When Derrick agreed to captain the Cornelia Marie, he warned the Harris brothers, "It's got to be done my way." But before the vessel has even taken to the waves, it's clear that his wishes will be undermined or thwarted, and that if anything goes wrong due to a crew member's laziness or stupidity, he'll catch the blame. Anybody who's ever run a business of any kind will sympathize.

At the same time, though, the show is keenly aware that, to quote an ancient proverb, the fish rots from the head. The boats and their crew are ultimately at the mercy of their skippers, each of whom has a vision, a stubborn streak, and a hypersensitive antenna for disrespect. You can already tell that almost none of the crews involved in this season's fishing have total confidence in their skippers; it's always guilty-until-proved-innocent. There are many unsettling moments where one of the captains will make a theoretically inspiring speech to the troops, then the camera will pivot to catch a crew member staring into the distance, trying to suppress whatever opinion was about to manifest itself on his face. The captains and crew of "Deadliest Catch" often repeat some variation of the phrase, "We're all in this together," but there's an unspoken caveat: For better or worse.