Donald Trump is losing it 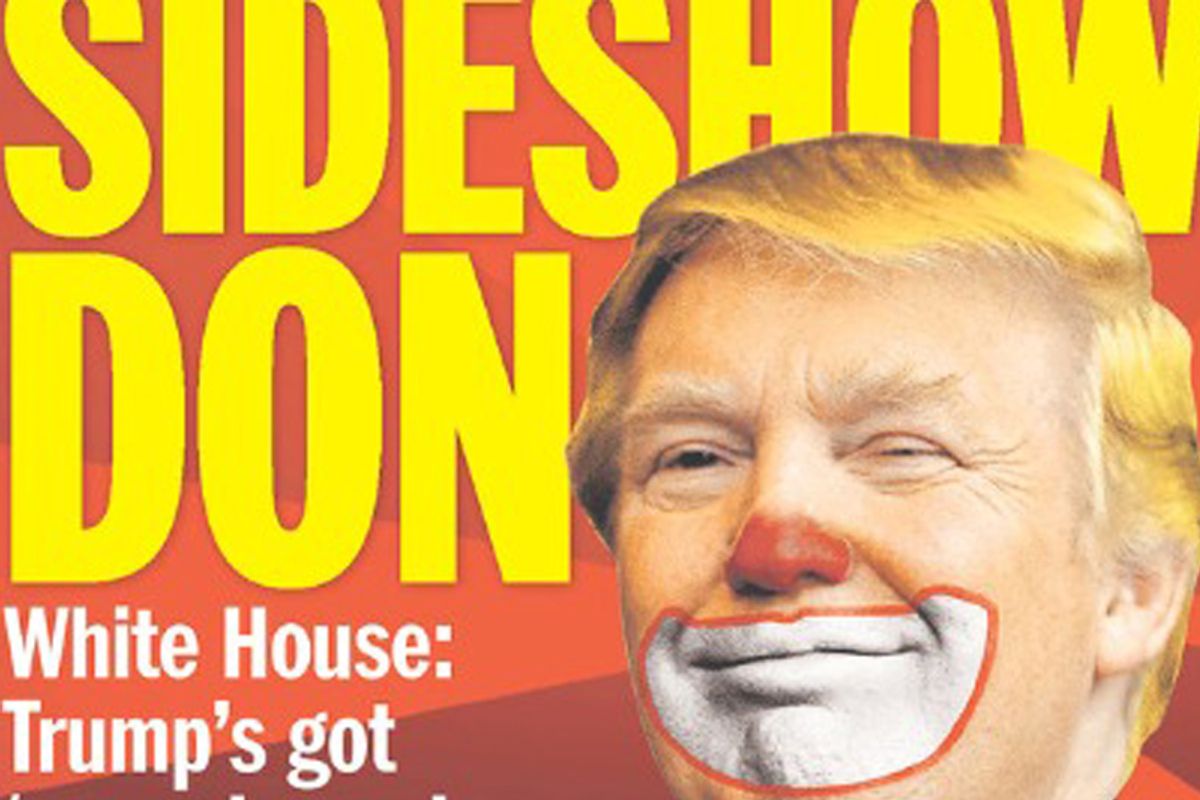 At first I thought it was clear that Mr. Donald Trump -- a television star famous for his "billionaire" character who makes a good living licensing his name after failing in the casino business -- was just pretending to run for president in order to drum up publicity for the new season of his reality show. But now I fear that his childish stubbornness might demand that he actually run for president. Or, at least, he must somehow convince all of his myriad doubters that he is serious. And that way lies madness.

Because Donald Trump is patently ridiculous. He is obviously, transparently silly. This "campaign" has long since stopped being good publicity for "The Celebrity Apprentice." It's just rehashing ancient birther memes to growing howls of derision at this point. But Donald Trump cannot accept that he is a farcical figure.

And so Trump is now scrawling complaints on blog posts someone printed out for him, and then mailing his scribblings, via the United States Postal Service, to Vanity Fair.

What was at first a horrible example of the political press's forced credulity is now an increasingly amusing example of a good old-fashioned pile-on. Politico is mocking him, Bill O'Reilly is mocking him, the New York Daily News put him in clown makeup on the front page, and now media outlets are purposefully printing his snippy letters to the editor, unedited, in order to publicly embarrass him. This kind of thing gets to Mr. Trump. He is a very sensitive soul.

Trump is giving every journalist in the country the opportunity to delve into his past financial troubles, his old political donations, his marriages, his horrid books, his failed business ventures, his defaulted loans -- everything that the viewers of "Celebrity Apprentice" and the purchasers of Trump-branded crap don't quite remember through the mists of time.

This is Trump undoing the years of public image rehabilitation that allowed him to host a show -- on network TV, in prime time -- in which he hires and fires people to begin with. He's politicizing his straight-talking billionaire persona, and soon only Free Republic commenters will have him. There's money in being a right-wing folk hero, as Ollie North could tell you, but it's not Macy's national ad campaign money. General-interest celebrity "business" books surely come with fatter advances than vanity right-wing publishing books, even with all that Scaife money still sloshing around.

But Trump pretended to be a Republican, and now he has to prove to every troll who ever mocked him that he's always been a Republican, and he's the best Republican. And so Donald's doing ridiculous interviews with the Christian Broadcasting Network about what he does with all of his Bibles.

Trump: Well I get sent Bibles by a lot of people.

Brody: Where are all those Bibles?

Trump: Actually, we keep them at a certain place. A very nice place. But people send me Bibles. And you know it's very interesting. I get so much mail and because I'm in this incredible location in Manhattan you can't keep most of the mail you get.

There's no way I would ever throw anything, to do anything negative to a Bible, so what we do is we keep all of the Bibles.

I would have a fear of doing something other than very positive so actually I store them and keep them and sometimes give them away to other people but I do get sent a lot of Bibles and I like that. I think that's great.

Donald Trump keeps his Bibles "at a certain place."

This is no longer just a means by which to get on morning shows. We passed that bridge a while ago. This is a man desperately trying to prove his seriousness. Donald Trump isn't just a clown, he's a sad clown.