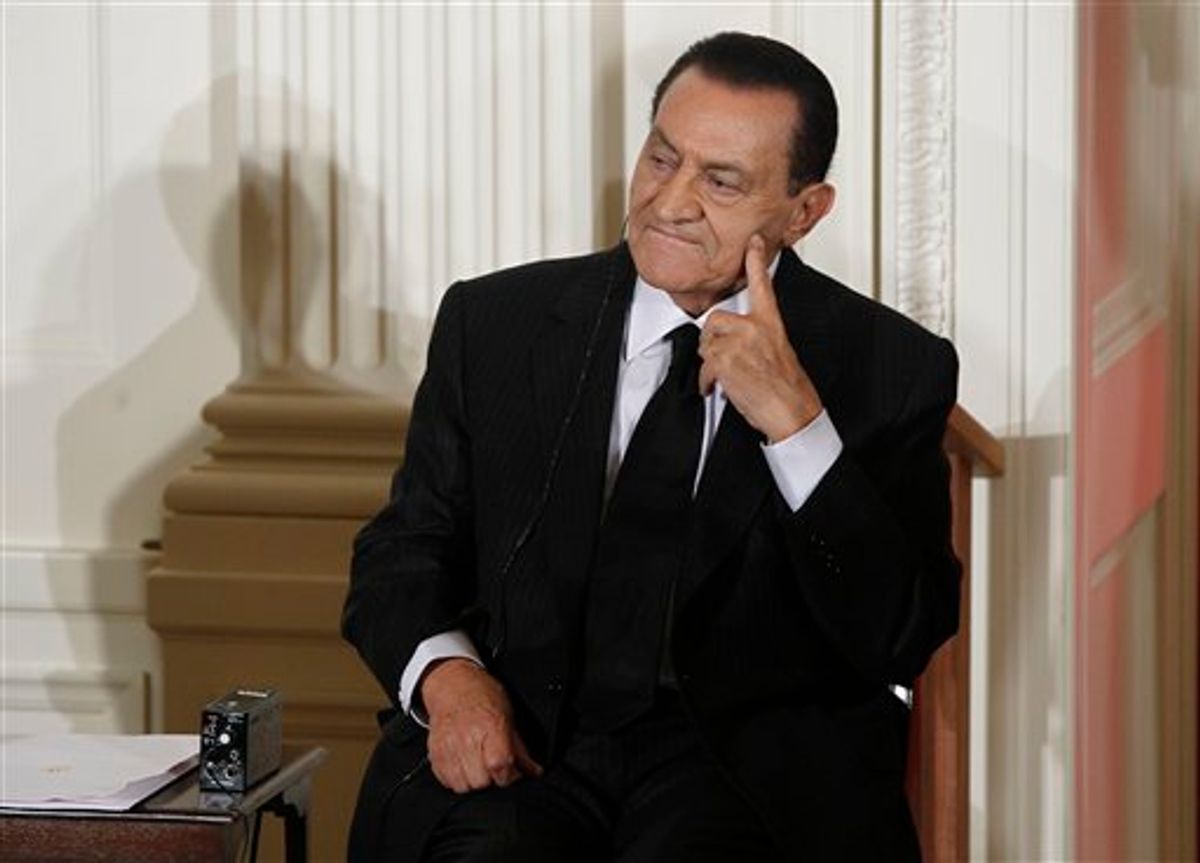 An Egyptian security and health officials say former President Hosni Mubarak has been hospitalized in the Red Sea resort of Sharm el-Sheikh.

The 82-year-old Mubarak was forced to give up power on Feb. 11 after an 18-day popular uprising against his rule. He has kept a low profile since, living in Sharm el-Sheikh. Near the end of his rule, he had been suffering from a number of health problems and had undergone gallbladder surgery.

Mubarak had been expected to be questioned by investigators for the first time on Tuesday in connection with corruption allegations and violence against protesters during the uprising.