"Craving Earth": Why do some people love eating dirt? 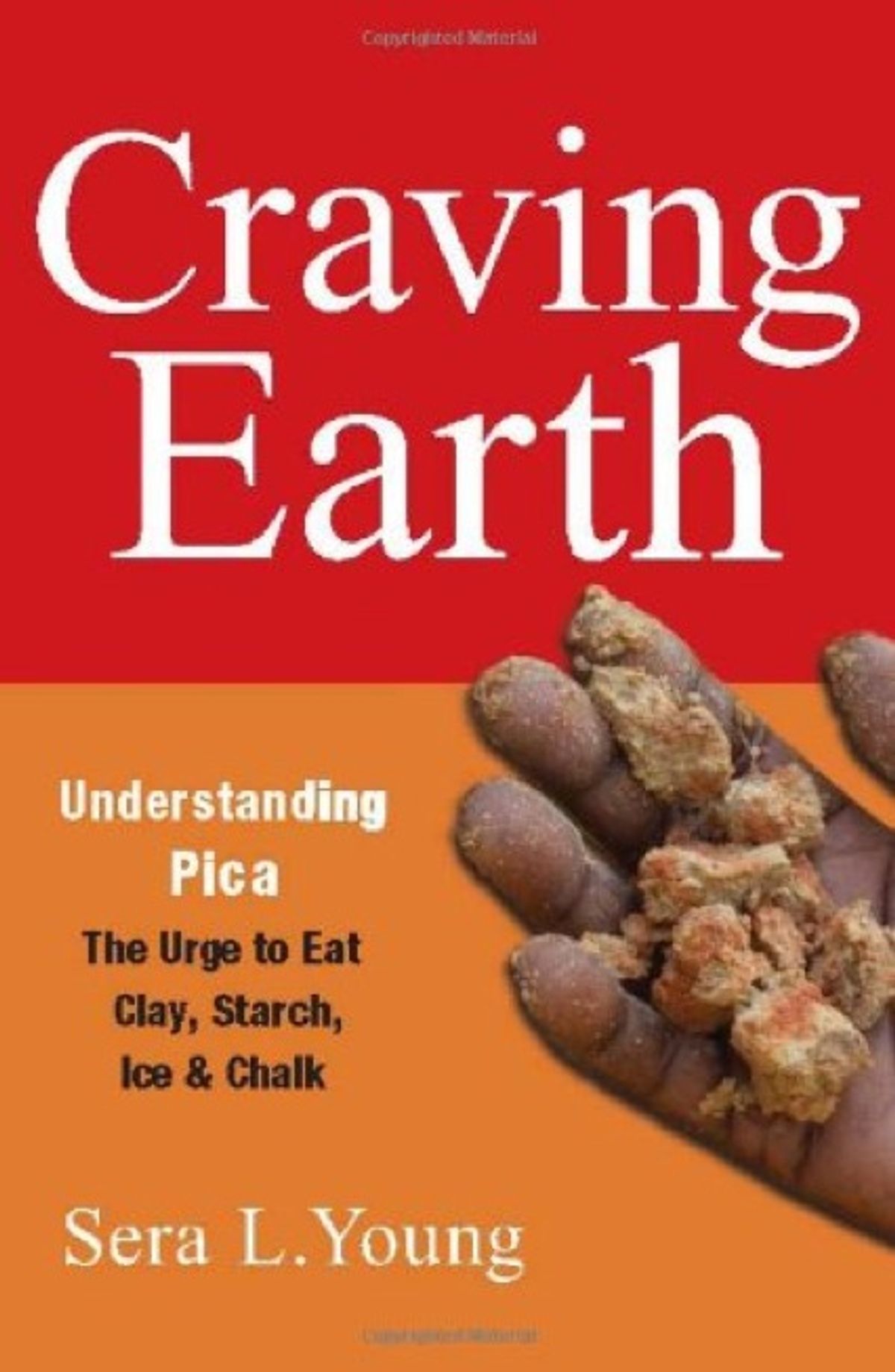 If dirt, as William James put it, is matter out of place, then the dirtiest dirt of all is the kind you put where you're absolutely not supposed to: in your mouth. We teach children not to eat dirt even before they can talk; conversely, telling someone to eat dirt is a powerful expression of contempt, a way of demoting them from human to animal. Yet as Sera L. Young explains in her quirkily informative book "Craving Earth: Understanding Pica," eating dirt -- in particular, certain kinds of dry, crumbly clay, as well as other non-food substances like uncooked starch, chalk and ice -- is a very widespread human practice, and always has been. Pica, as this behavior is known -- the name comes from the Latin word for "magpie" -- is especially common among pregnant women.

This has been recognized since ancient times: Hippocrates, the 5th-century BC Greek physician, noted that pregnant women often had cravings for earth or charcoal, and a classic Indian poem describes a pregnant queen who "set her heart upon clay in preference to all other objects of taste." Today, Young reports, Americans with pica buy boxes of chalk at Walmart, or bags of ice (the cubes at the Sonic fast-food chain seem to be especially popular), or even order prime Georgia dirt over the Internet.

Yet the stigma attached to eating dirt is so strong that few people will readily admit to it. One of Young's most fascinating chapters, "Dismissal and Damnation," shows that European scientists who observed pica among African or Asian peoples described it as a degenerate vice. An Amazonian explorer who noticed the practice among "the natives" cited it as evidence that they "appear to be sunk in an abyss of moral filth and depravity from which nothing but a strong tide of European immigration can save them." Among the illustrations in "Craving Earth" are chilling images of the iron masks that American slaveholders used to prevent their slaves from eating dirt; in Jamaica, slaves alleged to have died from pica had their corpses decapitated as a warning to others.

This stigma depends on the idea that pica is both unnatural and unhealthy. But is it? That's the question Young, a medical doctor, sets out to answer in "Craving Earth" by reviewing the scientific literature on pica. Operating on the assumption that a behavior could not be so widespread and apparently instinctive unless it was adaptive in some way, Young considers two hypotheses. The first is that pica is a way for people to get nutrients missing from their diet, especially iron. This idea seems to be supported by the observed correlation between dirt eating and anemia: In fact, a Roman writer mentioned the connection between "pale complexion" and "a morbid appetite for earth" some 2,000 years ago.

Yet Young goes on to show that the correlation is ambiguous: Adding iron to the diet of a person with pica does not seem to eliminate her cravings, nor does eating earth seem to add iron to the blood. On the contrary, one study shows that eating dirt reduces the body's ability to absorb iron, raising the possibility that pica actually causes anemia, instead of curing it.

More plausible, though still not definitively proven, is the idea that dirt-eating helps to protect the body from toxins and pathogens. Clay, Young explains, is a perfect natural filter, binding poisons and bacteria to its porous surface; indeed, clay is commonly used in water filters like Brita, and in many anti-diarrhea medicines. (Kaopectate is named after kaolin, a kind of clay that used to be its active ingredient.) It is suggestive, then, that most people who engage in geophagy -- from the Greek for "dirt eating" -- prefer clayey soils. What's more, the populations that seem most prone to pica -- pregnant women and people in tropical regions -- are also the most vulnerable to poisons and parasites. Without more study, Young concludes, we can't yet say exactly what pica means or what harm it may do. In the meantime, "Craving Earth" offers the best account we have of this oddly fascinating subject.