"For the past ten years, Jon Kyl has been two children in a very convincing Jon Kyl suit." 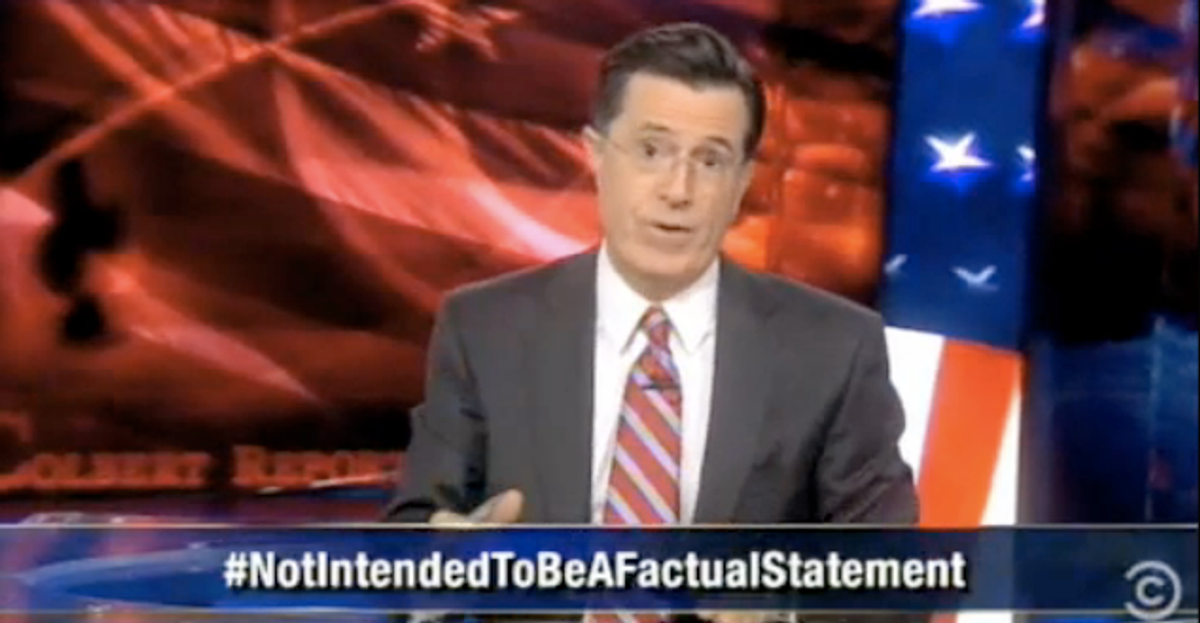 You may recall that last week, Arizona Senator Jon Kyl claimed that "well over 90 percent of what Planned Parenthood does" was abortions. This turned out to be incredibly false. So, the Kyl camp backpedaled, saying that the senator's remarks were not intended as "factual statements" -- which was both absurd, and fodder for mockery. Enter Stephen Colbert.