The forgotten right-wing past of Ed Schultz 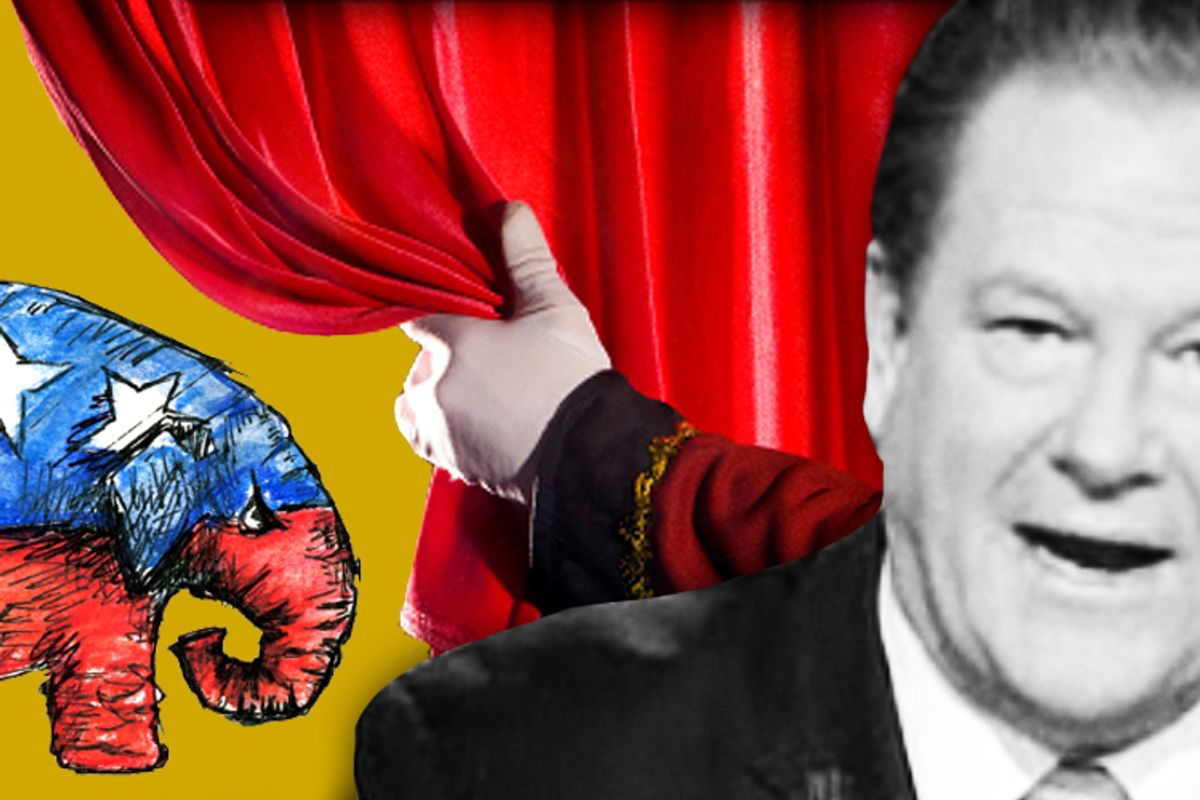 When the U.S. began bombing Libya last month, MSNBC's Ed Schultz mounted a robust and combative case in favor of the new war. Repeatedly showing footage of the aftermath of the 1988 Lockerbie bombing and invoking Americans allegedly killed by Moammar Gadhafi (in the 1980s), Schultz insisted on referring to the rebels as "freedom fighters." At one point, he even questioned the patriotism of President Obama's critics: "Where is the patriotism of the Republican Party?"

As one of the most reliably partisan voices on cable news, Schultz's support for a Democratic president's war would seem to be unsurprising. But his nationalist bombast also seemed to betray reactionary tendencies -- and served as a reminder of an often overlooked chapter in the liberal talker's biography: Schultz spent years as a rabid right-wing talk radio host in North Dakota before abruptly switching sides about a decade ago and emerging as one of the country's preeminent left-of-center personalities.

Vestiges of the old Ed surface from time to time. Last September, for example, Schultz responded to a wave of gang violence in Chicago by calling on Obama to deploy the military in the city:

Mr. President, I got a great idea as to where you can send those troops that you just brought home from Iraq. How about Chicago, Illinois and a bunch of other big cities in this country? It's time we look out for our own backyard, security is an issue.

But all of this pales in comparison to the sort of rhetoric Schultz served up in his days as the Rush Limbaugh of the Great Plains. His old station, KFGO in Fargo, told me that recordings of his old shows don't exist. But a string of profiles from 2004, when Schultz was launching his left-leaning national radio show, remain available online and preserve some of his statements.

The right-wing version of Schultz opposed abortion in all circumstances, mocked homeless people by sneering, "How about getting a job?" and proclaimed that "I'd like to see the president get all the illegals out of the country, so we can start all over again." And in an homage to Limbaugh, Schultz would tell listeners that he was broadcasting from "high atop" the studios of his Fargo radio station.

Ryan Bakken, a columnist at North Dakota's Grand Forks Herald and a longtime Schultz skeptic, tells me Ed's ideological shift was drastic. "Ed was about as conservative as you could come. He may not have switched 180 degrees, but he switched 179," Bakken says.

Schultz declined to comment for this story through an MSNBC spokeswoman. But in his books, Schultz describes a first date with his future wife, Wendy -- whom he met for lunch at a homeless shelter -- as the event that sparked his reconsideration of politics. In his 2010 book, "Killer Politics," Schultz claims he didn't even know there were homeless people in Fargo:

Wendy asked me to meet her at a homeless shelter where she volunteered. It hadn't really dawned on me that homelessness could exist in Fargo. In my mind, a homeless person was a slacker, someone who just wasn't trying hard enough, and said these self-righteous things on the air. I didn't know then that one in four homeless people is a Vietnam veteran.

But in 2000, according to a Washington Post profile, Schultz announced on the air that he'd become a Democrat. It was auspicious timing. That year, George W. Bush was elected president, creating an eight-year bull market for left-leaning media.

Schultz's transformation was so thorough that, in 2003, he even considered running for North Dakota governor against a Republican incumbent. Instead, Schultz -- one of the few regional liberal radio hosts with solid ratings -- was recruited to be part of an effort to create an alternative to conservative talk radio. His national show launched in '04 with financial assistance from Democracy Radio, a group for which several Democratic senators -- including Hillary Clinton, Tom Daschle and Debbie Stabenow -- had raised money.

Some still doubt the motivations behind Schultz's political shift.

"Ed saw an opening," says Bakken, the Grand Forks Herald columnist. "He's always been smart and able to take advantage of opportunities." Bakken says that earlier in Schultz's career, when he was a sportscaster covering football, he switched his allegiance from North Dakota State University to rival University of North Dakota after changing stations.

In an '03 column, Bakken speculated that Schultz's transformation was a response to competition from another right-wing talker:

The reason for his shift is that Scott Hennen moved next door in Fargo and took a foothold on the right side of the political spectrum. You can't get to the right of Hennen without falling off the edge of the world. So that left the left as the only ground available to occupy. You can't live in the thoughtful, open-minded middle and keep your job in talk radio.

But in his '04 book, "Straight From the Heartland," Schultz insists that "in a medium dominated by hard-right talkers, what I was doing looked a lot like career suicide. But it was simply a change of heart."