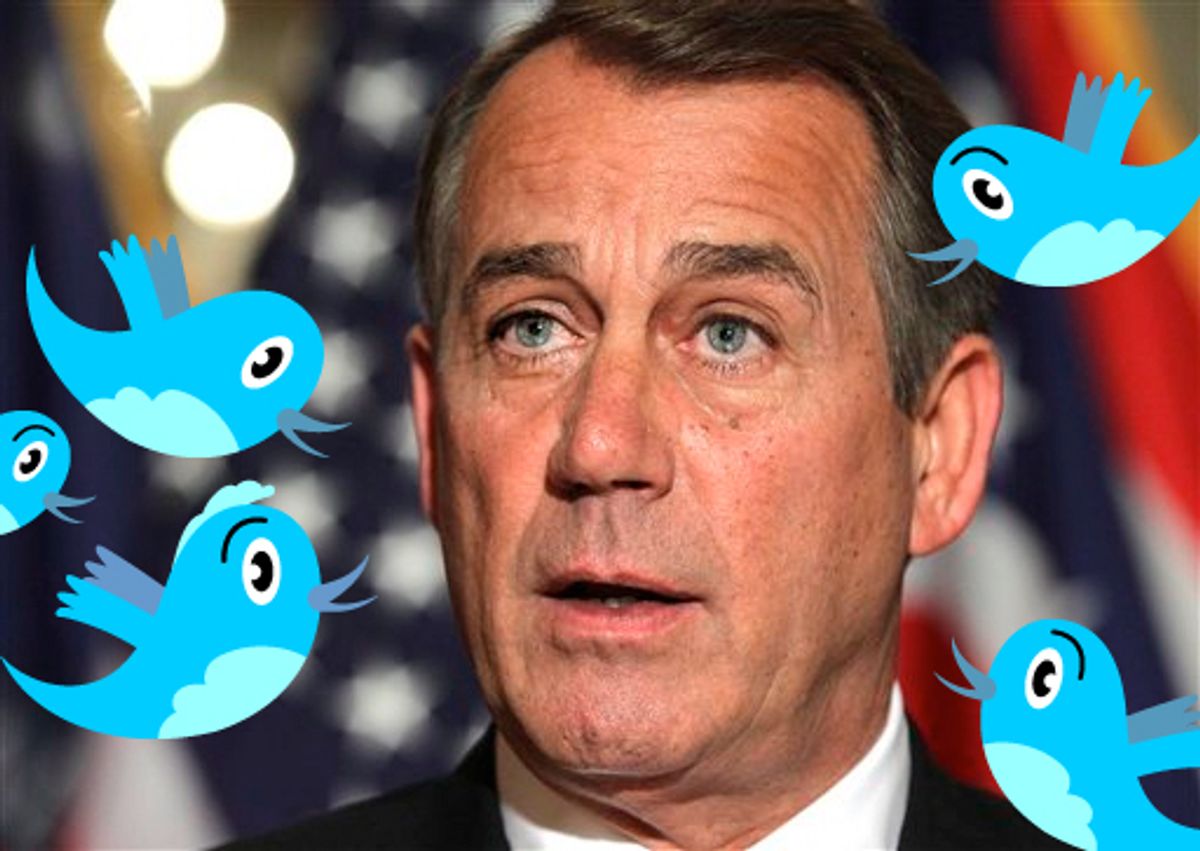 Speaker of the House, John Boehner
--

Is Speaker of the House John Boehner nervous about conservative defections from the budget deal? Let's review his morning tweet barrage:

Passage of the continuing resolution is unlikely to be in jeopardy. Enough House Democrats will vote for the legislation to see it through. But Boehner could conceivably be embarrassed if the number of ticked off Tea Partyers grows too high, suggesting a split in the House Republican caucus that Democrats might be able to exploit in future budget battles.

But if Boehner think he can whip votes with tweets, he'd better hope his caucus isn't paying attention to the rest of the twitterverse. Because you don't have to look far for rebuttals. Boehner touts spending $78.5 billion less this year than an Obama budget that was proposed but never enacted. How about the Congressional Budget Office score of the continuing resolution that suggests the real savings this year will only be $353 million? Four "controversial" czars eliminated? Politico reports that the occupants of those positions had already either left the administration or moved on to other jobs.

But the best line by far has to be "These are real cuts, though this agreement isn't perfect." What a concession! It strains the imagine to think what might constitute a "perfect" agreement by the standards of House conservatives. Provisions to blow up the Departments of Education, Commerce, and Labor? The elimination of the income tax? Complete privatization of Medicare and Social Security?

Who gets bought off by the "this isn't perfect" line? Nothing's ever perfect!

Of course, in politics, I suppose some things are more perfect than others -- and the number of Republicans who vote for Boehner's budget compromise will go a long way toward establishing where on that spectrum this deal lies.