NATO allies have agreed they must oust the Libyan leader, but plans vary on how it should be done 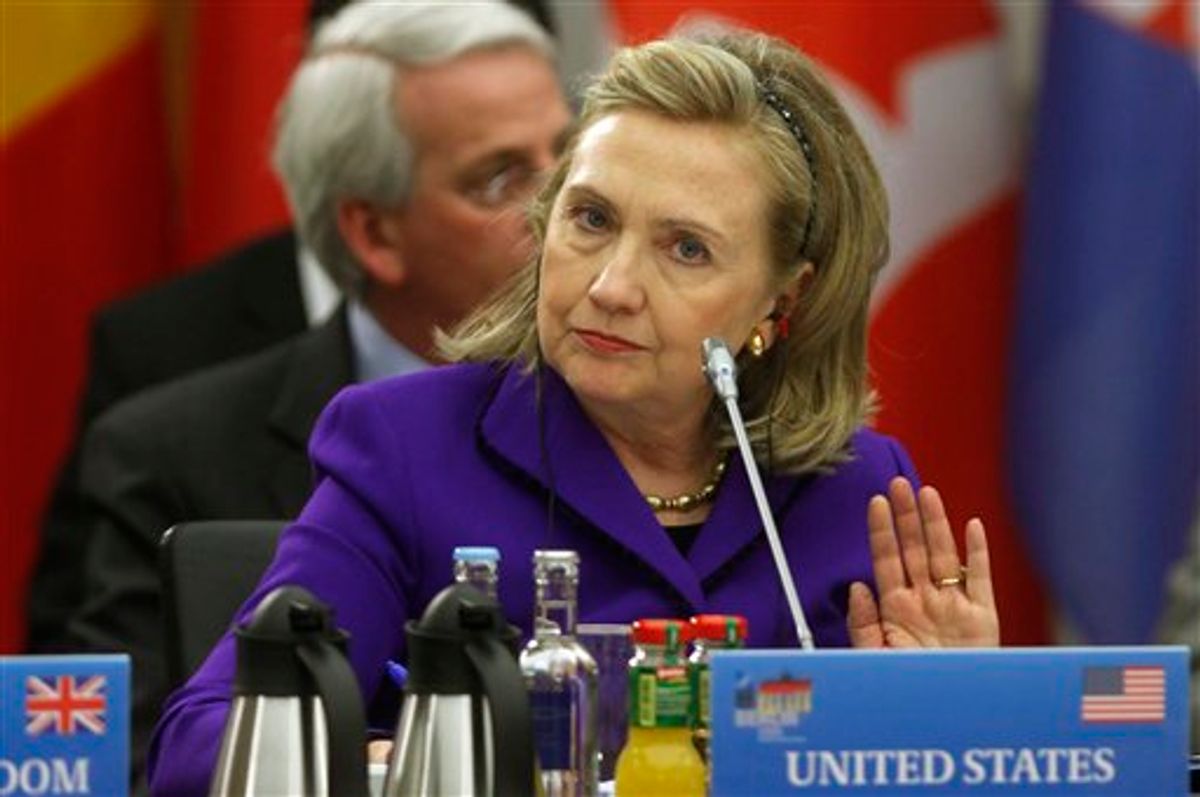 NATO nations stressed Thursday that their common aim in Libya is to bring an end to Moammar Gadhafi's regime, and U.S. Secretary of State Hillary Rodham Clinton said the world must increase its support for the Libyan opposition.

The effort to enforce a no-fly zone over Libya topped the agenda at a two-day meeting of foreign ministers from NATO's 28 member countries. Three weeks of airstrikes haven't routed Gadhafi's forces, causing tensions in the alliance.

Although the alliance agrees that Gadhafi must be ousted, it has been at odds on how to proceed.

One proposal from Italy -- Libya's former colonial ruler -- calls for the western powers to provide defensive weapons to rebels. France has said NATO isn't doing enough, and was pushing other countries at the meeting to work "on more robust, more efficient, more rapid actions," according to French Foreign Ministry spokesman Bernard Valero in Paris.

The rebels, meantime, have been urging the U.S. military to reassert a stronger role in the NATO-led air campaign. The Obama administration, however, has been insisting the U.S. will stick to its plan to remain in a supporting role, and the Pentagon noted that Americans have flown 35 percent of all air missions over the last 10 days.

Clinton appealed to the other NATO foreign ministers for unity.

"As our mission continues, maintaining our resolve and unity only grows more important," Clinton said. "Gadhafi is testing our determination."

NATO members are "sharing the same goal, which is to see the end of the Gadhafi regime in Libya," Clinton said. "We must also intensify our political, diplomatic and economic mission to pressure and isolate Gadhafi and bring about his departure."

The world must "deepen our engagement with and increase our support for" the Libyan opposition, she added.

NATO Secretary-General Anders Fogh Rasmussen said the alliance and its partners "are fully engaged in operations to safeguard the people of Libya, taking every measure possible to prevent Gadhafi's brutal and systematic attacks."

The alliance is keeping up "a high operational tempo," he added.

France's foreign minister, Alain Juppe, struck a diplomatic tone as he met with his counterpart from Germany, which isn't taking part in the military operation and abstained in the U.N. vote authorizing it.

"In reality, we have the same objective -- this objective is to allow the Libyan people to enjoy democratic freedom," Juppe said, adding "there will not be a military solution to the problem, there can only be a political solution."

"There is no future in Libya with Gadhafi," Juppe added.

Juppe said outsiders can support political forces that aspire to democracy, but he was guarded when asked whether France believes Libyan rebels should be supplied with arms.

"France is not in this frame of mind," he replied.

German Foreign Minister Guido Westerwelle said Berlin agrees with France and others that "Libya can only have a good future if this dictator goes."

He said he was "very happy that we have together succeeded in finally pushing through a comprehensive sanctions policy -- there is now a de-facto oil and gas embargo (so) that the dictator Gadhafi's cash reserves cannot be replenished."

Thursday's NATO meeting also was to address efforts to hand over security responsibility in Afghanistan to local forces.

David Rising in Berlin contributed to this report.