RNC head: I did NOT tell birthers to shut up 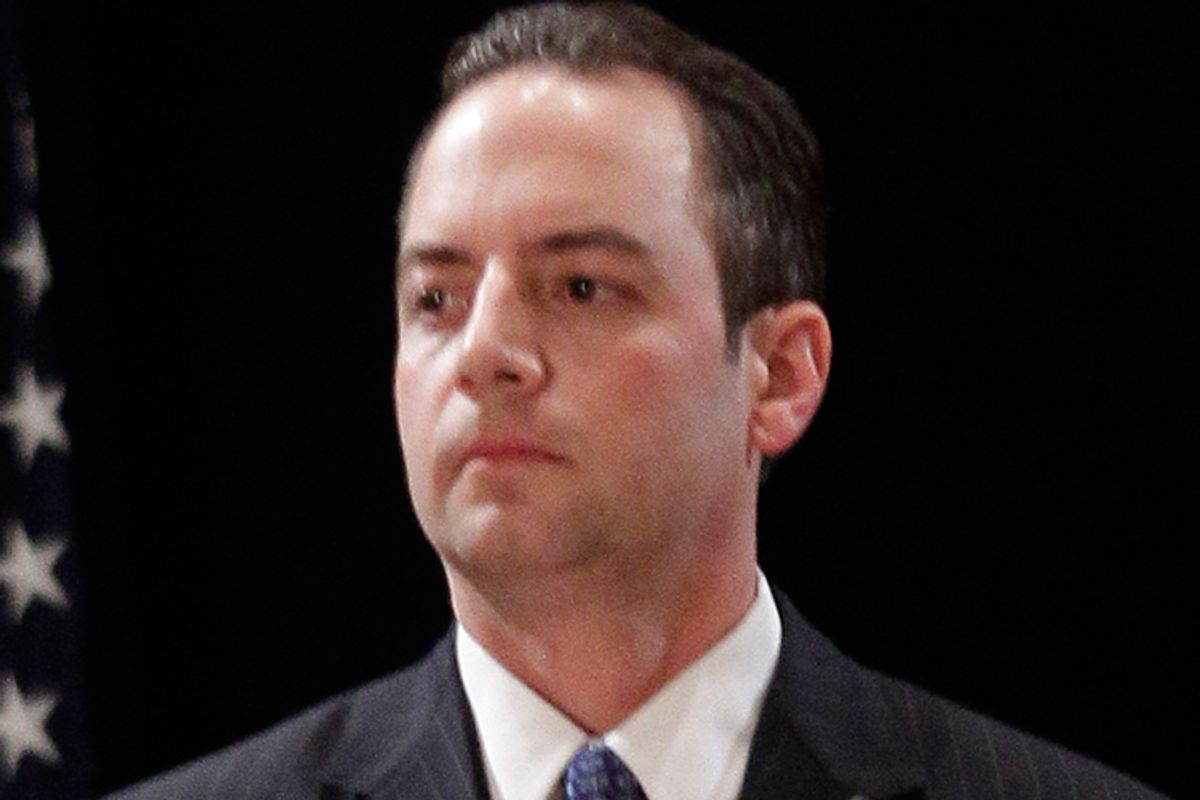 New Republican National Committee Chairman Reince Priebus was considered qualified for his job mostly because he is not gaffe machine Michael Steele. He might change some minds yet.  On the Twitter last night, he wrote this:

Reince Priebus does not want birthers to shut up. Got it? He never said that!

And to be somewhat fair, he didn't say that. When U.S. News & World Report's "Washington Whispers" interviewed Priebus, he dismissed birtherism and quickly pivoted to a sound byte attack on the president's non-citizenship-related awfulness:

In an interview, we asked if he is a birther. "I'm not," says Priebus. "I believe that the president was born in Hawaii."

"I think that the entire issue gets me off track to what I really need to focus on which is how to beat him [Obama]," says Priebus.

So Reince Priebus is not a birther. But that doesn't mean he wants them to shut up! He just doesn't want to talk about birtherism because, you know, it's not what he's about.

Even seemingly sensible Republicans are terrified of offending birthers. So prominent Republican officials must treat the whole stupid conspiracy theory as a personal choice, to be respected. When you criticize birtherism, you must only criticize it as "a distraction" instead of "complete bullshit."

"I believe that the president was born in Hawaii" is just Reince's personal opinion, not the official position of the RNC or anything. Maybe Reince prefers Chicago-style deep dish to New York pizza -- it doesn't mean that he thinks Donald Trump has to agree with him! I like "Crooked Rain, Crooked Rain" better than "Slanted and Enchanted," you think the president is a secret Muslim foreigner whose father is Malcolm X. The Republican Party has room for everyone!