Trump gets advice from WorldNetDaily CEO 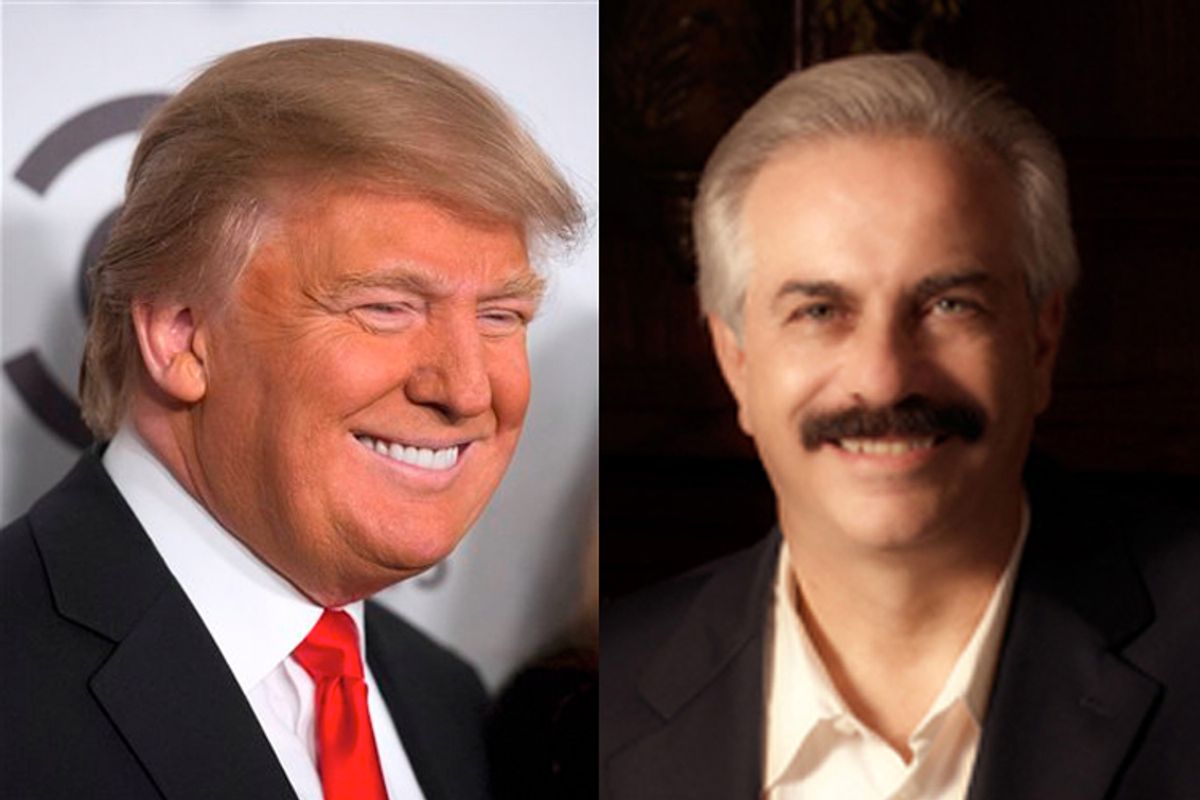 I wrote the other day about one of Donald Trump's Birther falsehoods -- that President Obama spent $2 million on legal fees to keep his birth certificate secret -- and its origins on the conspiracy-mongering website WorldNetDaily.

Now WorldNetDaily Editor and CEO Joseph Farah has revealed that he's in regular contact with Trump and has been providing him with Birther talking points. Politico reports:

"We've have been speaking quite a bit,” [Farah] said.

WorldNetDaily first reached out to Trump as soon as he started publicly talking about the conspiracy, offering to give him a birther primer and answer any questions about the topic. “"His people were very quick to respond,"” he said.

Farah has advised Trump to simply ask, "Where is the birth certificate?"

Regular readers will remember my run-in with Farah earlier this week, when he called me a "smear merchant" and a "worm" for describing WND as a "discredited birther website."

In light of Trump's association with WND, it is worth remembering that the site is known for publishing falsehoods. For example, a WND columnist recently began a column by asserting that a photo of Obama and his grandparents was a hoax. When that claim was quickly discredited, WND scrubbed that section of the column without an update or correction.

One WND column claimed that Bill Ayers is the true author of Obama's memoir. Another story looked at a document purporting to be Obama's real birth certificate from Kenya.

All of which begs the question: Should Trump be invited on TV again and again to pass along the latest material from WND?