Christie: "Take the bat out on" female legislator 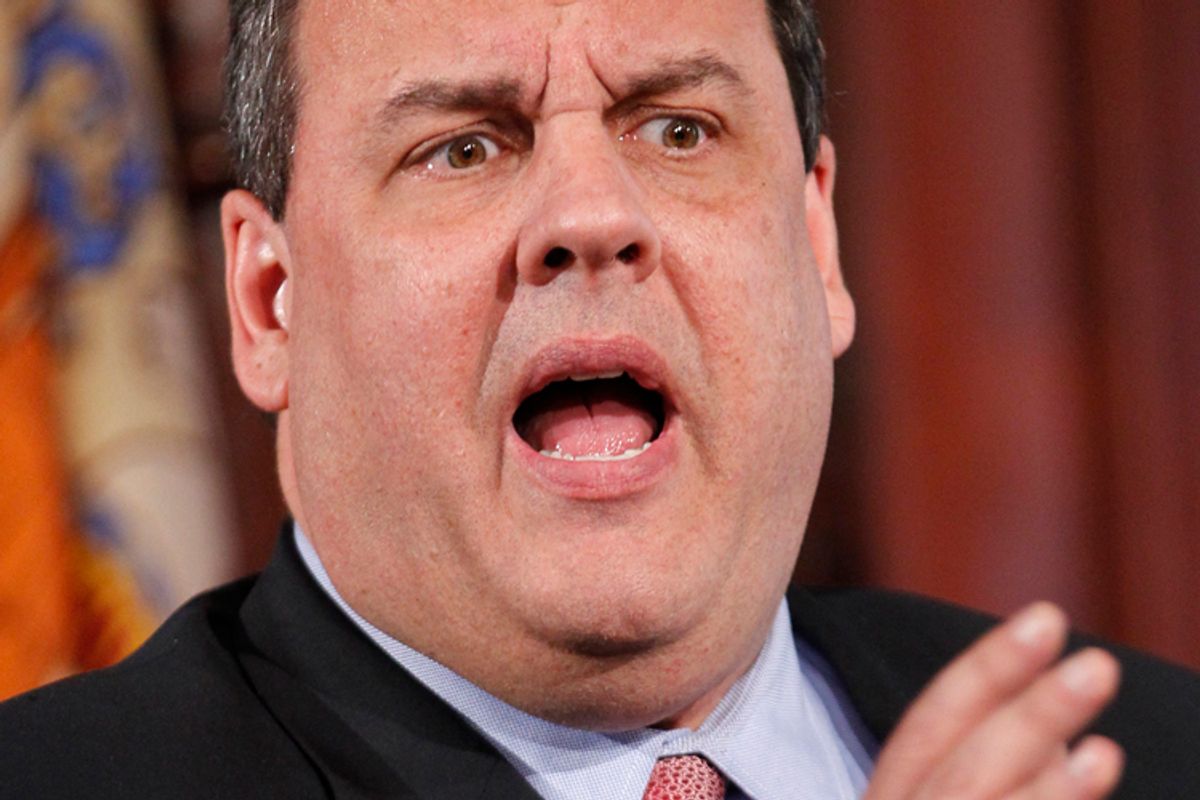 It looks like Chris Christie's persistent bully act may finally have gotten him in some real trouble.

In a news conference about pension policy Thursday, the New Jersey governor demanded the press go after one of his Democratic critics, state Sen. Loretta Weinberg. Or, as Christie put it: "Can you guys please take the bat out on her for once?"

In a statement, Weinberg, 76, expressed her displeasure:

Considering I’ve devoted my entire legislative career to fighting for the rights of women, including battered women, I think his words continue to show the level of insensitivity and poor judgment that the governor has demonstrated on women’s issues since getting elected.

Christie's office says Weinberg is guilty of "contextual distortion" of the governor's remarks. Here is the video, with the remark coming around 1:30: