Michele Leonhart, our top drug cop, has a funny definition of victory 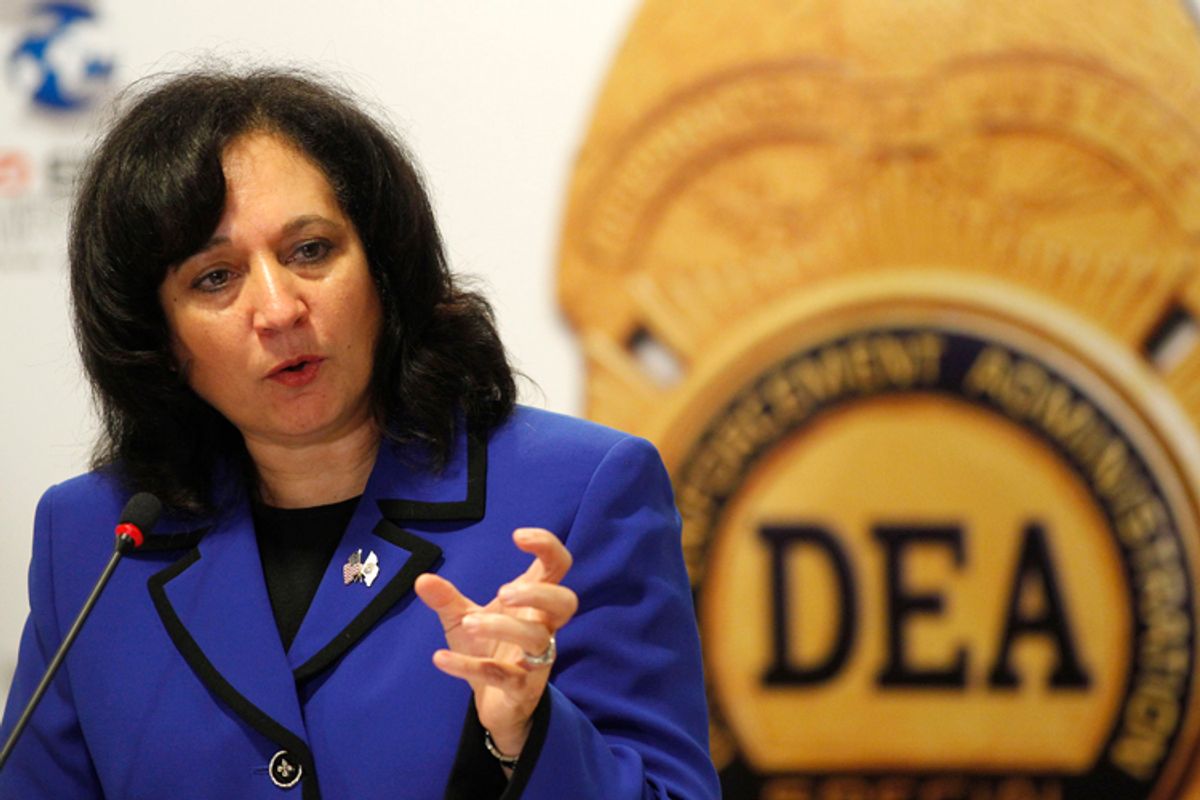 Producing and distributing illegal drugs is a profitable business, because there will always be a lot of demand and because illegality allows you to charge a great deal of money. That illegality also means that the people who produce and distribute the drugs are generally not responsible corporate citizens. So thanks to our expensive, terribly ineffective and endless war on drugs, lots of people are dying.

The Washington Post recently reported that the victims of Mexican drug cartel violence increasingly include children, who are being specifically targeted in order to terrorize people and intimidate potential business rivals:

The children’s rights group estimates that 994 people younger than 18 were killed in drug-related violence between late 2006 and late 2010, based on media accounts, which are incomplete because newspapers are often too intimidated to report drug-related crimes.
[...]
Government figures include all homicides of people younger than 17, capturing victims whose murders might not have been related to drugs or organized crime. In 2009, the last year for which there is data, 1,180 children were killed, half in shootings.

This article is actually almost a week old, but I did not notice, until it was highlighted by Jonathan Blanks, this astounding quote from America's top drug warrior:

U.S. and Mexican officials say the grotesque violence is a symptom the cartels have been wounded by police and soldiers. “It may seem contradictory, but the unfortunate level of violence is a sign of success in the fight against drugs,” said Michele Leonhart, head of the Drug Enforcement Administration. The cartels “are like caged animals, attacking one another,” she added.

It seems "contradictory" because that is absolutely appalling spin. For one thing, these "caged animals" are actually attacking civilians and children. And they are doing so because the drug war has made their chosen industry both profitable and dangerous enough to make murder and brutality effective means of winning competitive advantages. If this is a sign of success, maybe we should reconsider waging this war.

Leonhart, a DEA lifer, is actually a Bush appointee, reappointed by President Obama. She is, obviously, an inflexible zealot when it comes to drug prohibition. This is easily the worst and most offensive thing she's said that I've read, but she does have a history of asinine remarks. This is the sort of quote -- dead children are a sign that we're winning! -- that should lead to a resignation. But it probably won't.