For GOP, a symbolic victory over the Great Society 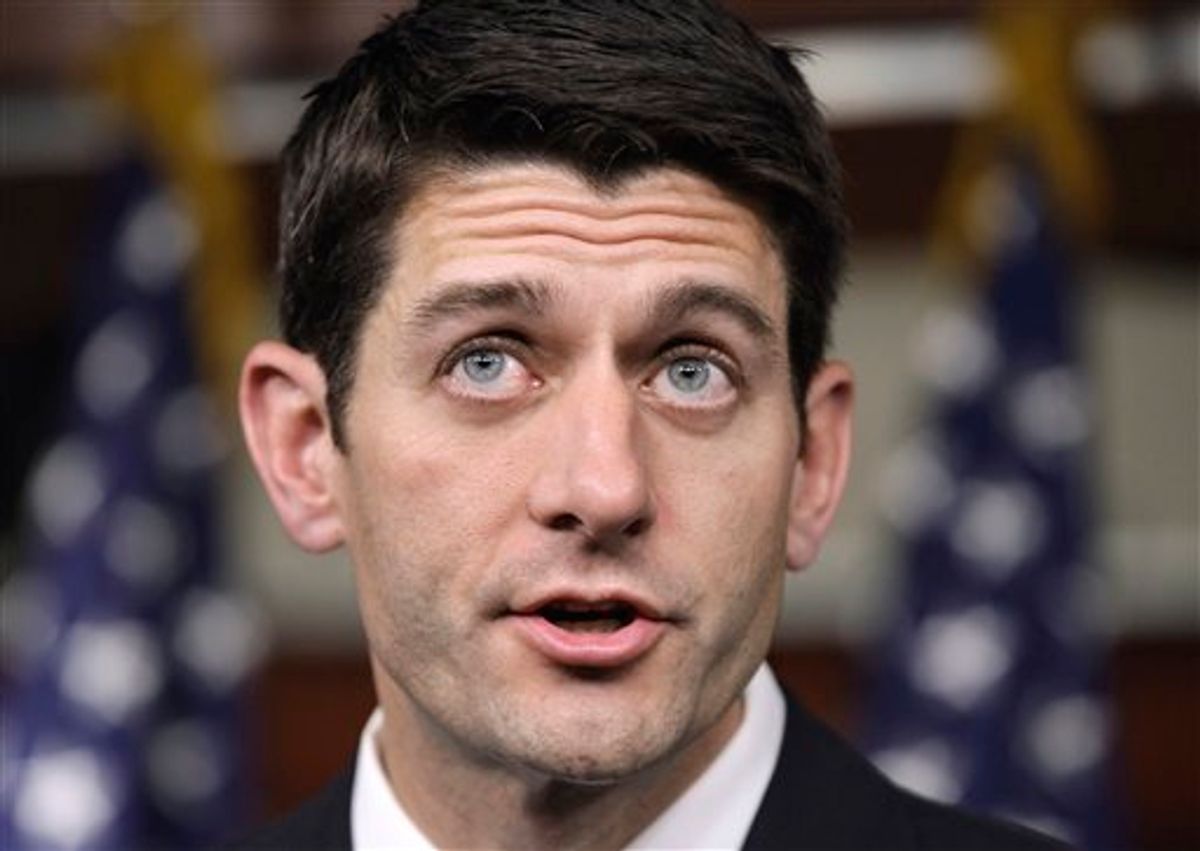 On a strict party line vote early Friday afternoon, the House of Representatives approved Paul Ryan's 2012 budget resolution 235-193. Not a single Democrat voted for the resolution and only four Republicans voted against it.

And with that, the battle lines for the rest of this year and 2012 are set in concrete. Republicans have committed themselves to a drastic reshaping of government unlike anything we've seen from Congress in recent decades. Ryan's budget includes a dramatic restructuring of Medicare into a voucher program and would substantially reduce Medicaid coverage. On Wednesday, President Obama attacked the plan with some of the strongest language he has used in his entire term of office, accusing Republicans of wanting to force seniors to pay more for their healthcare in order to fund tax cuts for the wealthiest Americans.

Democrats obviously feel that Republicans have given them a terrific political gift. Medicare is an extraordinarily popular program -- a poll released earlier this week indicated that a stunning 33 percent of Republicans don't want to see any cost controls at all imposed on Medicare. So let the bashing again.

But if Republicans feel any vulnerability on the topic of Medicare, they sure didn't show it during this vote. So far as the 111th Congress is concerned, Speaker of the House John Boehner looks like he only has to worry about being outflanked on the right -- on Thursday, almost a quarter of his caucus rejected the continuing resolution agreed to between Boehner and Democrats as insufficiently austere. So far, almost no knees are buckling in the House Republican caucus in a leftward direction. Wobbliness, right now, is a Democratic failing.

Democrats did have some fun earlier in the day, when they pulled a surprise move during a vote on an even more conservative budget proposal cooked up by the Republican Study Council. By voting "present" instead of nay they almost tricked the GOP into inadvertently passing a budget that would have been too extreme even for this House.

But the real resistance to this budget is going to have to come from the Senate and the White House. And the first real fight in which issues related to this budget will play a role will be the looming struggle over raising the debt ceiling. The Republicans have made it clear that they see the debt ceiling as a hostage that won't be released unless significant steps are made in the direction of the future as imagined by Paul Ryan. If we take Obama at his word from his Wednesday speech, the president does not intend to comply. But the proof will be in the legislation, not the rhetoric.