Saved by Pop Culture: How "Sex and the City" helped me get over my marriage

I got by ... with a little help from my friends Carrie, Samantha, Charlotte and Miranda 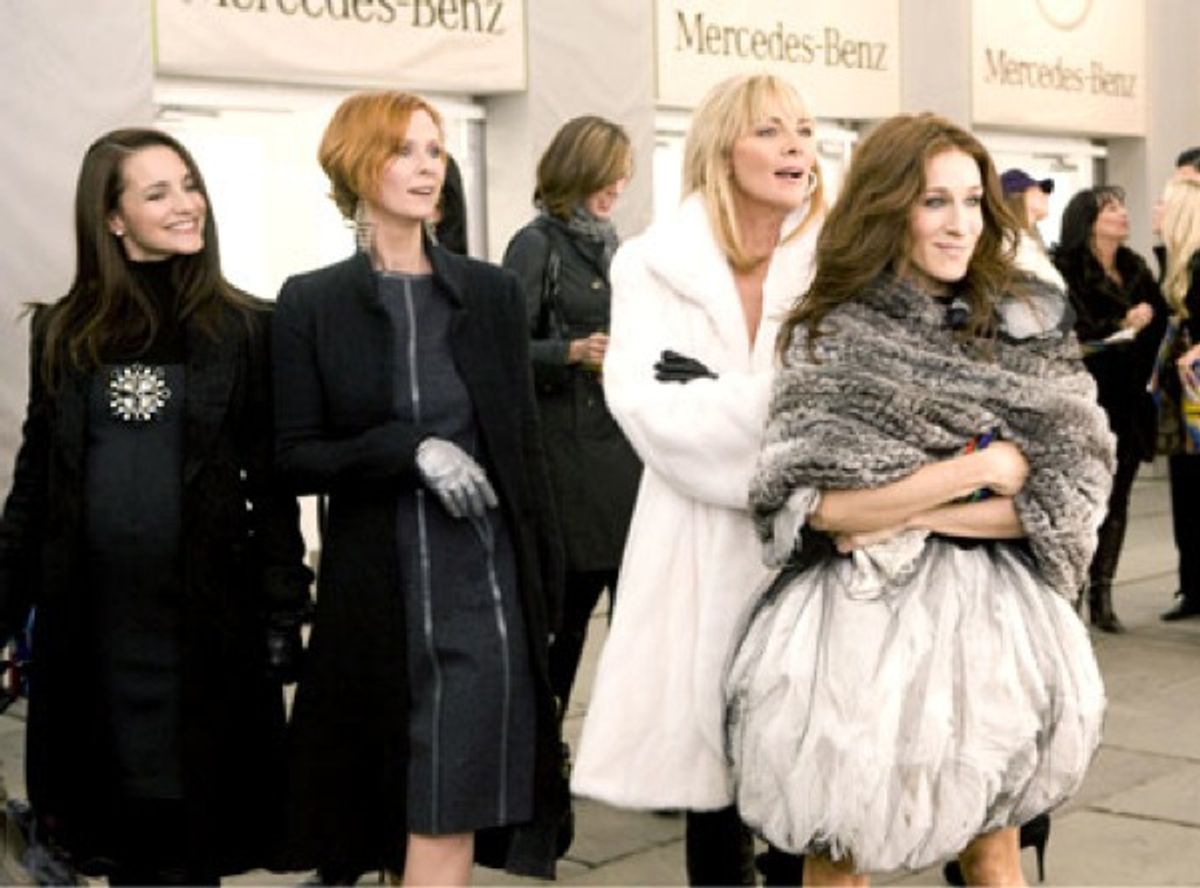 The best friends a girl could have.
--

(The author chose to use a pen name for this piece.)

Six and a half years ago, my first and only marriage detonated after only 14 months. My ex-husband, a recovering alcoholic with, it turned out, much bigger mental problems, left in a spectacularly sudden and cruel fashion. He said he'd never been attracted to me, and he told lies about me to his family and friends, and he left. I was lucky, empirically, to get off this easy and only lose a little over three years of my life to the debacle, but the shock of it was deeply traumatic and I was shattered. I was 34.

That winter was one of the wettest in Los Angeles history. It poured and poured, reflecting my own relentless floodgates of pain and confusion. I cried, I screamed, I beat pillows. I found an apartment and moved, and cried and screamed some more. I went to work each morning and spent my days working with foster kids in the inner city, and then I returned to my little apartment and spent the evenings watching the rain and crying.

After a couple of months, I logged into Netflix looking for a critically acclaimed show to help me feel something different -- something better, maybe, or at least more complex -- preferably a show with at least four or five seasons out on DVD and ready for rapid absorption. I found "Sex and the City."

I'd seen one episode out of context a few years before but hadn't felt drawn in. That was it for my knowledge of the show. Well, that, and I'd spent a couple of years having heads turn on me in L.A. restaurants owing to the fact that I have short red hair. That had been weird. That was all I knew of the show. So, yeah, I was late to the party, but at that dark moment in time, a show about love, sex and the triumph of female friendship seemed like a fair bet to help my eyes readjust to the possibility of good in the world.

For the next three months, I worked, gazed out at the rain, and lay on my couch watching Carrie, Miranda, Charlotte and Samantha. Their mistakes and missteps became mine. Their survival became mine. Through their lives, I slowly and tentatively started living again. For a while, they felt like my closest friends. I feel embarrassment saying so; they are fictional characters, obviously, not friends. But they saved my life. Those girls saved my life.

Watching Charlotte yearn for a fairy tale broke my heart open. Watching Miranda's brittle boundaries soften through experience helped me find compassion for my own intimacy fears. Watching Samantha's adventurousness coupled with a refusal to compromise herself gave me strength. And watching Carrie's quest for fulfillment, tempered and frustrated by the presence/absence of Big, helped me step back up and date again, however tentatively.

And that's saying something. What real life brought me via my ex-husband would never have happened on "SATC." Fans would have cried foul for the bleakness of that true story, so far outside of the chaotic-but-survivable continuum of the show. To this day, my emotional scars remain somewhat crippling. I haven't let anyone get close to me since, not really. But without the inspiration of those characters' courage, resilience and love -- pure, vulnerable love, for themselves and for each other -- I'm not at all certain I'd even bother trying.