Harry Potter and the network of neutrality 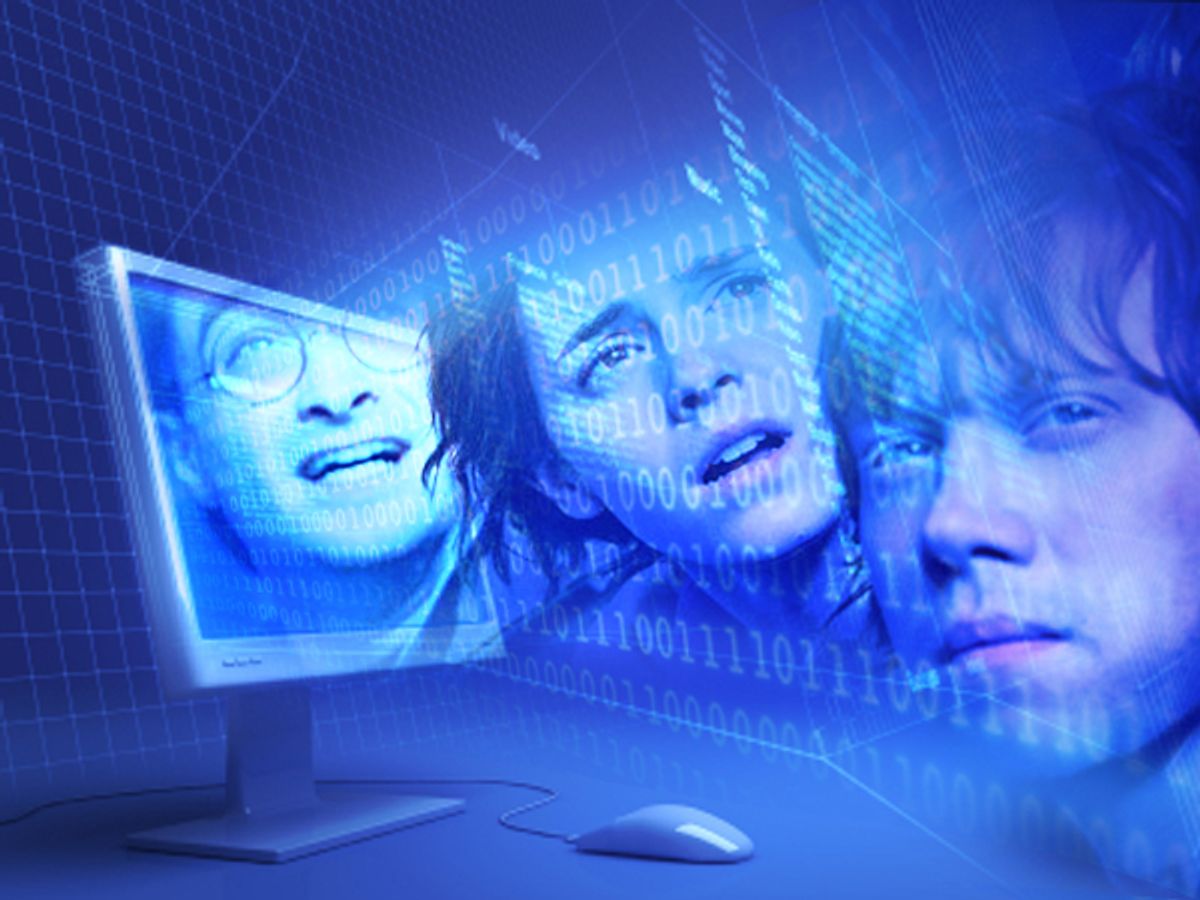 Who knew Harry Potter's magic powers were for real? OK, excuse my Muggle-like ignorance, but I didn't believe it until I attended a session at the recent National Conference on Media Reform in Boston, organized by the nonprofit organization Free Press. This particular panel was headlined "Pop Culture Warriors: How Online Fan Communities Are Organizing to Save the World."

The Harry Potter Alliance is a group of devotees worldwide who have hocus-pocused their shared love of the Potter books and movies into genuine social activism. As their website declares, they use the power of the Internet to "work with partner NGOs [nonprofit, nongovernmental organizations] in alerting the world to the dangers of global warming, poverty, and genocide. Work with our partners for equal rights regardless of race, gender, and sexuality. Encourage our members to hone the magic of their creativity in endeavoring to make the world a better place."

The Alliance mobilized its fan base to win a $250,000 grant from Chase Community Giving, beating out more than 10,000 other charities in a Facebook competition. It has donated more than 55,000 books to school libraries around the world, including the Mississippi Delta and Rwanda, and is helping to build a school library in the Bedford-Stuyvesant neighborhood of Brooklyn. Five planeloads of supplies were sent to Haiti after last year's earthquake. It has registered first-time voters and even petitioned Time Warner to make Harry Potter chocolates Fair Trade: that is, chocolate not made -- or cocoa beans harvested -- under inhumane conditions, such as starvation wages or child slavery.

All of these efforts have been endorsed by Harry Potter author J.K. Rowling herself, who once upon a time worked in the London offices of Amnesty International; she told Time magazine, "It's incredible, it's humbling and it's uplifting to see people going out there and doing that in the name of your character ... What did my books preach against throughout? Bigotry, violence, struggles for power, no matter what ... So they really couldn't have chosen a better cause."

The Harry Potter Alliance was represented on the Media Reform panel by its creator and co-founder Andrew Slack (it was moderated by my colleague Elana Levin, communications director of the Writers Guild, East). Others discussed how online communities have affected off-line change through petitions, contests, fundraising drives, even video games that entertain while informing players on matters of public policy. Sounds deadly but it doesn't have to be, as demonstrated by the human rights media organization Breakthrough's new Facebook game, "America 2049," in which participants become agents for a fictional Council on American Heritage, hunting down alleged terrorists.

Erik Martin, of the wildly popular social-voting news website Reddit, told the now infamous and hilarious story of how a Greenpeace campaign to name a humpback whale in the South Pacific was hijacked by an IP address in Arizona that found its way around the contest's rule of one vote per person and began generating thousands of tallies for the name "Mr. Splashy Pants."

Horrified, Greenpeace at first tried to remove the extra votes, hoping the winner would be something more politically correct and delicate, like "Aiko," the Japanese word for "Love" or "Shanti," Sanskrit for "Peace." But when Reddit and other websites embraced the rogue candidate, the environmental organization gave in. "Mr. Splashy Pants" won with more than 78 percent of the vote and all the publicity generated unexpectedly gave Greenpeace sufficient leverage to help convince the Japanese Fisheries Agency to suspend -- temporarily, at least -- that nation's slaughter of humpbacks.

None of these efforts would have been possible without a thriving networked culture and a free and open Internet. But it's not for nothing that while the National Conference on Media Reform was just getting underway in Boston, the Republican House of Representatives, in the midst of all the government shutdown melodrama, voted 240-179 (six Democrats voted with the GOP) to nullify the FCC's Net neutrality rules protecting access to the Internet. As USA Today columnist Rhonda Abrams wrote on Friday, "It was a pure 'David versus Goliath' bill, and the House voted to protect Goliath."

Granted, the FCC rules as currently written are nowhere near as protective of the public's right to free speech and Internet access as they should be. In many ways they're a second-rate compromise, especially in their exemptions for mobile broadband carriers, but as Abrams notes, at least for now they require Internet companies -- the telecom and cable companies -- to treat all Internet traffic the same. "Of course, they can charge more for greater usage, but they can't prioritize some customers, creating fast lanes and slow lanes," she writes. "Because the Internet was -- and currently still is -- an open and equal playing field, scrappy startups like Google, Facebook, Twitter and tens of thousands more -- could flourish ...

"Without net neutrality, telecommunication and cable companies can tilt the playing field. And it won't be in small businesses and start-ups favor." Or yours as a private citizen, especially when companies like AT&T, Comcast and Verizon are pouring millions and millions into lobbying and campaign contributions.

The House bill probably won't get past the Senate, and President Obama has said he would veto it, but all of us have to mobilize and stay on our toes if we're to continue to have the Internet as a potent pop culture force for social change. Otherwise it's going to be a lot harder to save the whales -- including Mr. Splashy Pants.

Would that Harry Potter could thrust his wand and holler "Petrificus Totalus," immobilizing those who would see the Internet taken over by corporate greed and censorship. This time, the magic is going to have to come from us.